Note: This article was first published on 7th September 2016. 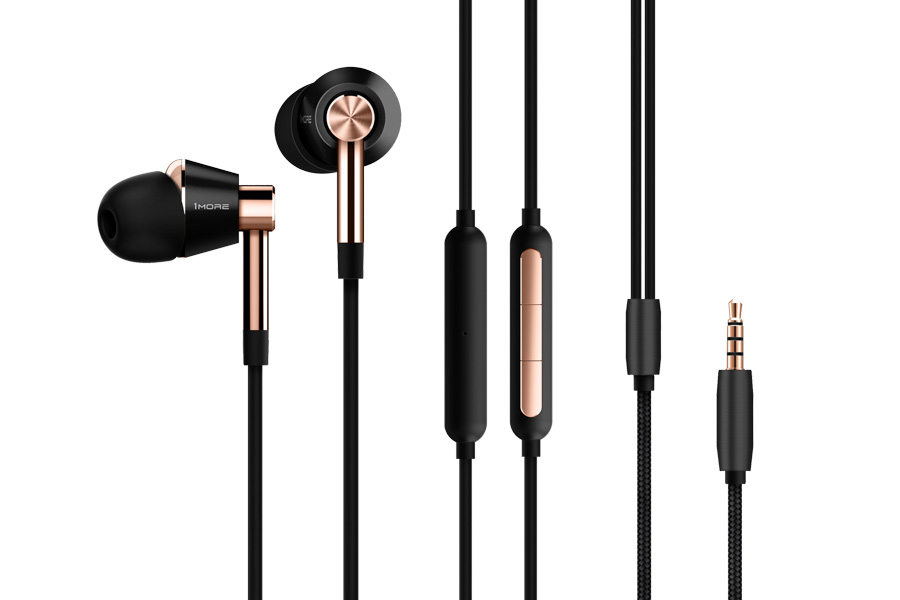 1More is a name that might same familiar to you, and that’s because they are the ones behind the Mi headphones that came out from Xiaomi. The company was founded in Shen Zhen, China in 2013, and has since established headquarters in San Diego, California with a stable of about nine headphones that cost anywhere from US$19.99 to US$99.99.

Gary Hsieh, 1More co-founder and chief executive has said that the company’s strategy is to offer “premium quality audio devices at mid-range prices”, and that certainly seems to be the case with the 1More triple-driver in-ear headphones (E1001). The packaging itself is clearly meant to convey a sense of luxury, with liberal use of UV spot and metallic foil finishes across the front. There’s also a latch that is held together by magnets which you can use to flip open the cover to reveal the headphones beneath; certainly useful to check out the contents of the package and the appearance of the headphones. 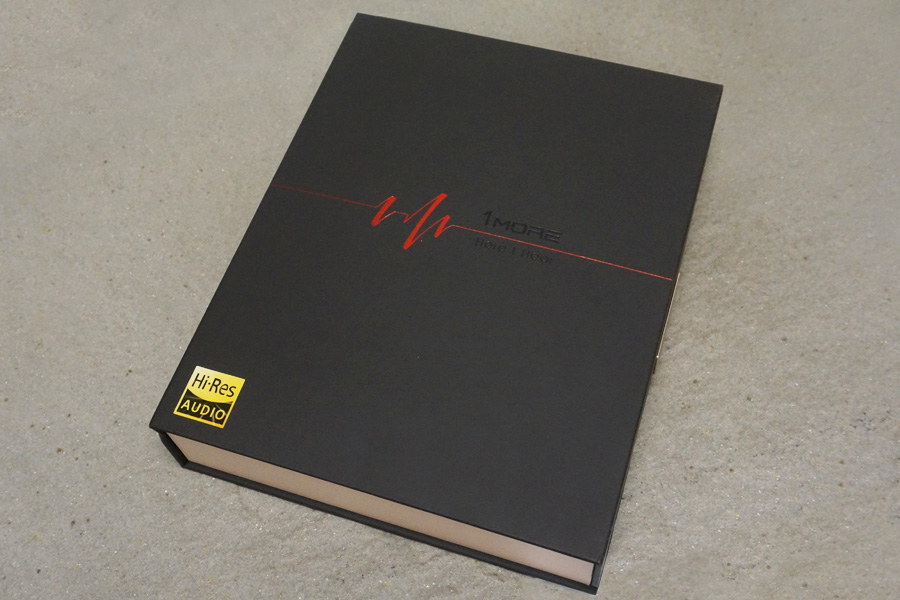 The in-ear headphones themselves are constructed from lightweight aluminum alloy, and feature a classy two-tone black/brushed gold finish with angled ear tips. From handling this device, you'll also notice that its surface has also been sandblasted and textured for "aesthetic appeal and fingerprint resistance" and they certainly seem to have stayed smudge-free throughout our testing. 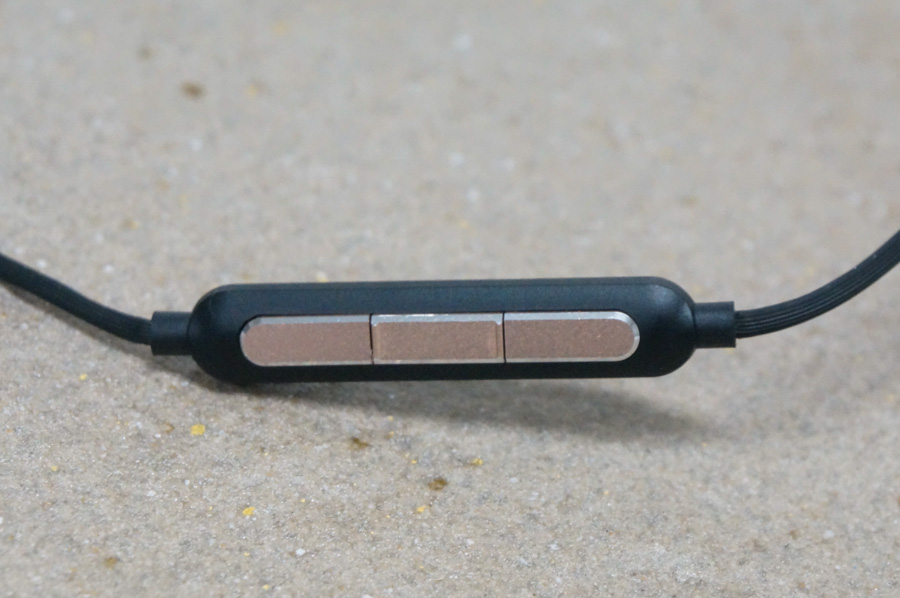 The cable is enameled copper wrapped around Kevlar fiber that’s further enhanced with a braided layer of nylon for tangle resistance. It’s 1.25 meters long and comes in a typical Y-design so you can choose if you wish to wear it around the back or to the front, and there’s a three button in-line remote on the right side that works with both iOS and Android OS based devices. The buttons for this have the same brushed gold finish as the ear buds, and are unlabelled, making them a little less obtrusive. 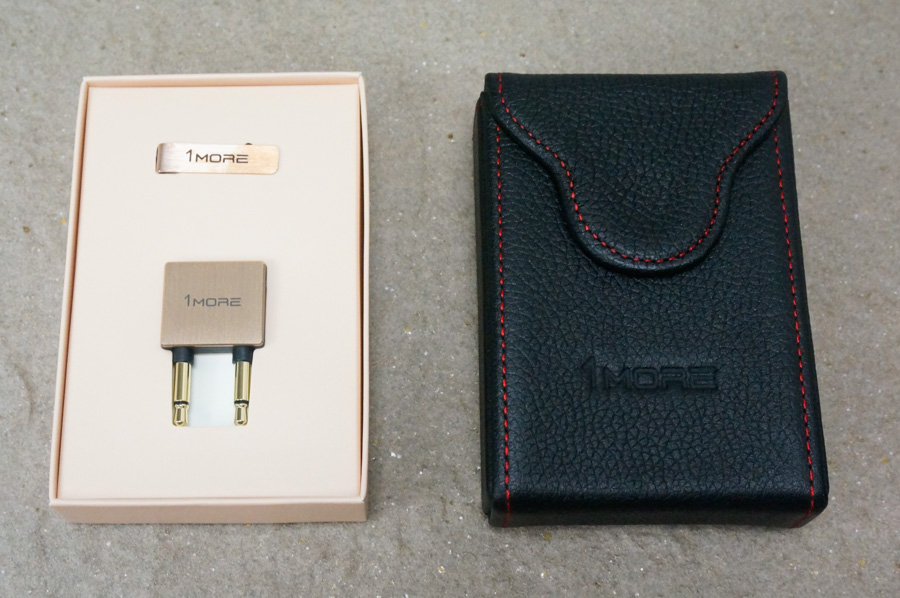 Also included in the pack, are a generous selection of ear tips of different sizes, an airline headphone jack adapter, shirt clip, and a carrying case that feels pretty well built, with a magnetic latch for convenience. All in, the accessories that come with these headphones certainly convey "quality", and are what you would expect to find with more expensive headphones that retail for more than S$300.

The headphones themselves adopt a triple-driver technology: two balanced armature drivers that work together to produce the high frequencies up to a reported 40kHz, and a third separate dynamic driver which is made of an aerospace-grade metal housed in two layers of PET, for greater bass and midrange. This brings the rated low-end frequency reproduction down to 20Hz, so you could say the headphones easily cover the recognized audible spectrum (for humans) of 20Hz-20kHz, even if they don’t come close to the reported top end of 40kHz.

We put the E1001 through a range of genres in our testing, and found that overall, they performed well in almost every genre. Vocals are nice and clear, with the headphones demonstrating a great ability to bring out details in the midrange and in the high trebles.

For example, listening to a recording of Spanish Harlem by Rebecca Pidgeon, we were impressed at the way it handled Pidgeon’s vocals. There was good clarity and weight, with just enough separation from the instruments behind. The piano and shaker parts in particular were nicely handled, and you can clearly hear them coming from Pidgeon’s right. Our one complaint would be that the bass is a little too tight. This piece in particular opens with a double bass solo, but the rendition from the E1001 seemed to lack the body and resulting decay that we’re used to hearing, taking away from the performance somewhat.

Moving on to a speedier track like I Love Paris by Johnny Frigo, and the E1001was again able to shine. The headphones displayed a great sense of rhythm and pace, effortlessly keeping up with the frantic pace of the piece. However, the bass seemed too lean again. At parts you can barely hear the cello, and that’s quite a big part of the piece.

Using our formal test tracks, we found that the headphones performed best on Tiesto’s Elements of Life. A relatively speedy track, this played well to the strengths of the headphones, as it gave it a chance to demonstrate its imaging capabilities. The more intimate soundstage of the E1001s also worked well with this piece, letting you feel more enveloped in sound.

Sail on Soothsayer by Buckethead is another electronic piece that is pretty pacy, but it carries an over-riding bass beat that paces the track. As expected, it was a little lacking, though thankfully the lack of bass didn’t affect the impact of Buckethead’s solo.

Shifting gears to Hotel California by The Eagles, we felt the E1001s turned in a somewhat uneven performance. The guitar work and Don Henley’s vocals were obviously well resolved, but there seemed to be a very slight bit of echo on some of the backing vocals. Compared to some of the other headphones we’ve heard, we’d say the E1001s miss just the last bit of detail on this piece to make it really stand out.

Finishing with Adele’s Melt My Heart to Stone, we were pleasantly surprised at how the piece started. The E1001 did one of the better jobs we’ve heard rendering Adele’s vocals on this piece, placing her well forward of all the backing instruments. 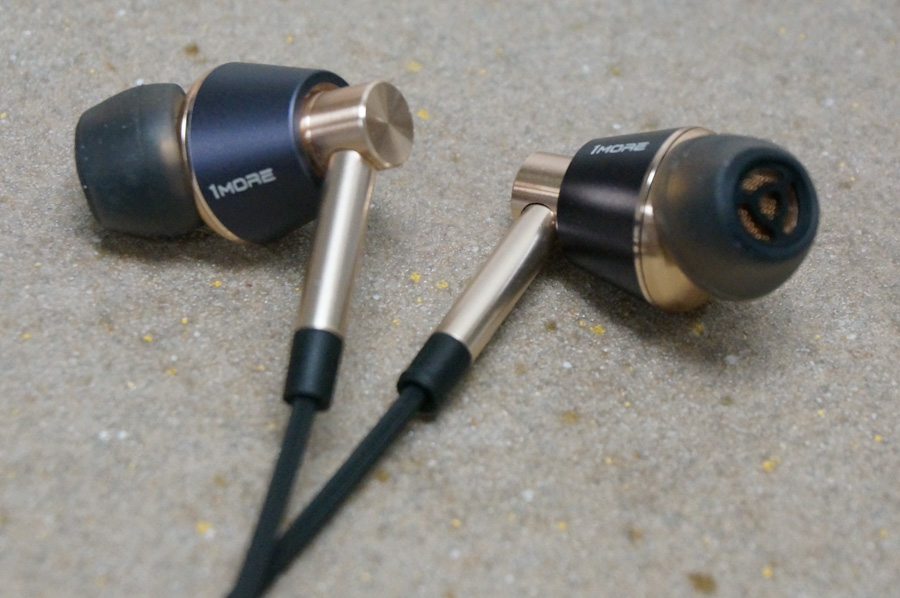 Overall, we’d say that the E1001 carries a refined sound that places great emphasis on the mids and trebles, meaning it can come off as too bright if you’re used to the bass-heavy headphones most manufacturers are pushing out these days. The bass on these cans tend to be a little too lean, so that tends to take away from pieces with more of a bass section.

Sometimes you just want to hear the deep rumbling notes of a drum solo, or to have the low bass line of a dance track pound through, and that’s when the over-analytical bass on the E1001 will leave you wanting. Essentially, it's a good bright performing cans. Still, throw on an instrumental piece or most of today’s radio-friendly tunes, and the E1001 will most certainly make you a happy camper.

While the build of the headphones and the set of accessories they come with is certainly impressive, we must say we’re a little surprised that the local retail price for these has been set at S$209. That far exceeds the US$99 price point that most earlier US-based reviewers had been raving about, and certainly places it in more direct competition with offerings from the likes of AKG, Westone and Audio Technica.

That said, If you like headphones with a lean, analytical sound that look great and come with all the bells and whistles, then you owe it to yourself to give the E1001 an audition.

In a world's first for headphones, both the 1-More Triple driver in-ear headphones and their new Quad drivers in-ear headphones have just awarded THX certification via the THX Headphone and Earphone Certification Program. This means the headphones comply with THX's standards of testing for interpreting high frequency correlation, improving dialog intelligibility, and low frequency extension.

Write a Review
Compare This | Specifications
Great design and accessories
Good detail in the mids and highs
Ideal for those who like bright sounding in-ears
Bass is too lean
Expensive in local market
Our articles may contain affiliate links. If you buy through these links, we may earn a small commission.
Sponsored Links