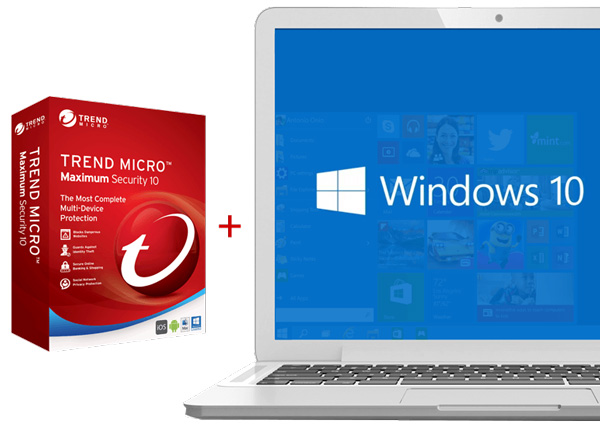 Trend Micro Maximum Security 10 for Windows 10 platforms.
The coming of Windows 10 is now the talk of the town. With Microsoft rolling out the operating system starting today (29 July), it’s natural that many ecosystems such as cloud storage and personal data security are dependent on Windows 10’s success and reliability (not necessarily by choice).
With that sentiment, Trend Micro is one step ahead – the security software company is rolling out Trend Micro Maximum Security 10 by the end of the week - the same week where Windows 10 becomes available. The latest security suite is fully compatible with Windows 10, and it’s made to provide protection for privacy issues and against security threats, no matter the platform or device that runs Windows 10 OS. After all, the latest Microsoft operating system is going for a “One Windows Platform” approach for better cross-device compatibility.
Some new features coming to Trend Micro Maximum Security 10 includes a Cloud Storage Scanner, something that helps protect the Windows 10 user from malware that may have infected files that are stored on the Microsoft OneDrive cloud storage. It also comes bundled with Trend Micro Password Manager which helps managing a user’s passwords, as well as employing a Secure Browser function that protects users from malicious attacks during their online banking transactions, including but not limited to security against code injection, keylogging, and man-in-the-middle attacks. Trend Micro’s latest security suite also has ransomware protection, and they do so by protecting documents from unauthorized modification or encryption.
As for why Trend Micro feels that those new protection features are relevant, their findings have been codified through an online poll done with 348 Singapore-based respondents between June and July 2015. According to their poll, 70% of the respondents use cloud storage to store sensitive documents, such as personal photos and work-related files, despite having seven out of ten respondents being ‘worried’ about storing personal information on the cloud. For more information about their poll findings, you can digest it through the infographic shared below:

Trend Micro’s June to July findings, based off 348 respondents in Singapore.
Trend Micro Maximum Security 10 will be available in Singapore later this week at the following prices: a 1-Year-1-User subscription goes at S$39, with two, three, and five-user subscriptions lasting a year going at S$69, S$99 and S$129 respectively. If you have the previous Trend Micro Security 2015 suite, you’ll be happy to learn that it’s also Windows 10 compatible if the previous version is updated before the user upgrades their OS to Windows 10.
To learn more about getting your Windows 10 (and most possibly, free-of-charge), check out our handy little FAQ.