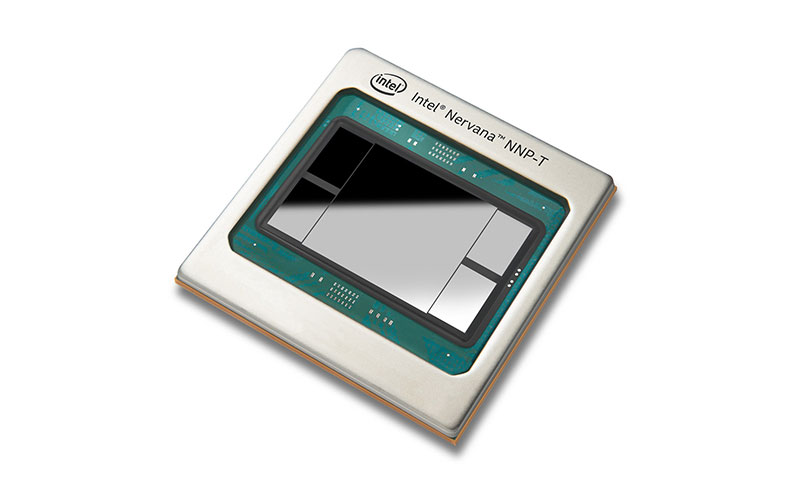 Image Source: Intel
Intel has announced two new Nervana Neural Network Processors, the NNP-T1000 and NNP-I1000. The chipmaker has made AI-oriented chips in the past before, but these are the first designed specifically for cloud and data center customers. The new ASICs will complement the rest of Intel's AI portfolio by enabling it to support the development of AI models at any scale, ranging from tiny edge devices to the cloud.
The NNP-T1000 adopts a more "balanced" design and is able to effectively scale from small computer clusters all the way up to huge supercomputers, according to Intel. On the other hand, the NNP-I1000 prioritises power efficiency and is better suited to running inference tasks at a smaller scale and in flexible form factors.
Both chips were developed for the AI processing needs of customers like Facebook and Baidu. “We are excited to be working with Intel to deploy faster and more efficient inference compute with the Intel Nervana Neural Network Processor for inference and to extend support for our state-of-the-art deep learning compiler, Glow, to the NNP-I,” said Misha Smelyanskiy, director, AI System Co-Design at Facebook. 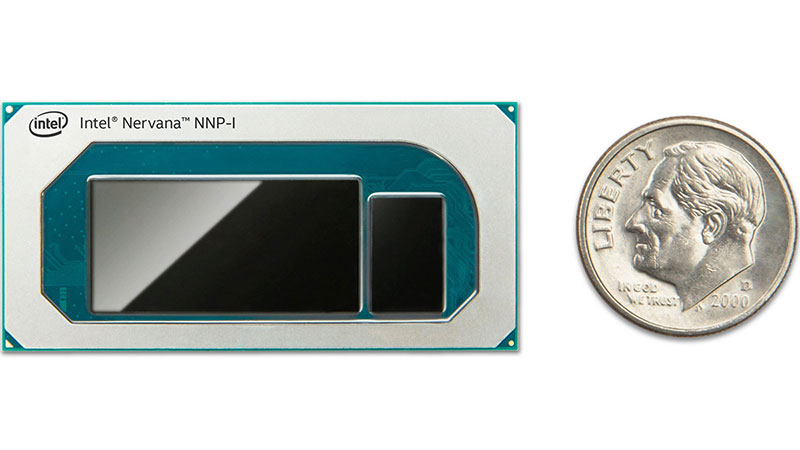 Image Source: Intel
Separately, Intel also announced a next-generation Movidius Vision Processing Unit, featuring an updated computer vision architecture that can reportedly deliver over 10x the inference performance and 6x better power efficiency than competing solutions.
The chipmaker says that the most advanced deep learning training requires performance to double roughly every 3.5 months, something that isn't achievable with conventional processors. Intel's portfolio of AI solutions is expected to generate over US$3.5 billion in revenue for the company in 2019, so it's hardly surprising that the company is doubling down in this area.