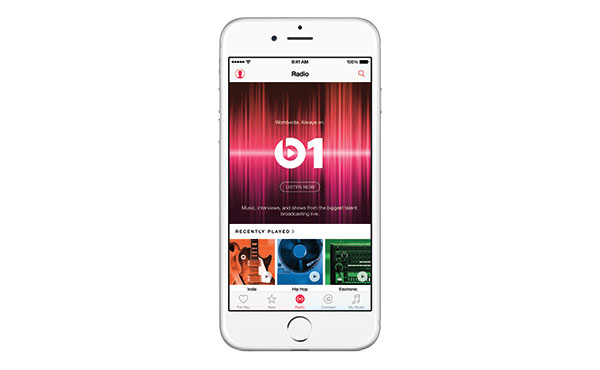 Apple Music will place more demands on Apple to seize control of its data center infrastructure and upgrade it to deliver content more quickly and efficiently. (Image Source: Apple)
Apple is building a high-speed network and upgrading its data center infrastructure to ensure fast and reliable content delivery, at least according to an article by Bloomberg.
Companies like Google, Amazon, and Microsoft already run their own servers, and Apple’s move will enable it to better compete with these companies by giving it greater control over more aspects of content delivery. Even though it has its own cloud storage service in iCloud, Apple has mostly relied on renting server space from other cloud service providers.
It’s looking to change this by upgrading and expanding its current infrastructure. Earlier this year, Apple said it would spend US$1.9 billion to build data centers in Ireland and Denmark. The new facilities would be used to run services like iTunes and maps for Apple users.
In the US, Apple is looking to own the pipes linking its four data centers in California, Nevada, North Carolina and Oregon. Apple could then add capacity and increase efficiency, which would allow it to handle greater amounts of traffic without relying on servers from cloud providers like Amazon.
Apple’s move appears to consist of incremental upgrades and expansions – it’s not gunning for a radical overhaul and will not be dismantling its existing infrastructure. Nevertheless, such news comes at an opportune time, especially considering that it recently unveiled Apple Music, its own music streaming service, at WWDC 2015.
And with a TV service rumored to follow later in the year, Apple will need more efficient, reliable, and faster infrastructure to deliver the burgeoning content it offers.
Source: Bloomberg