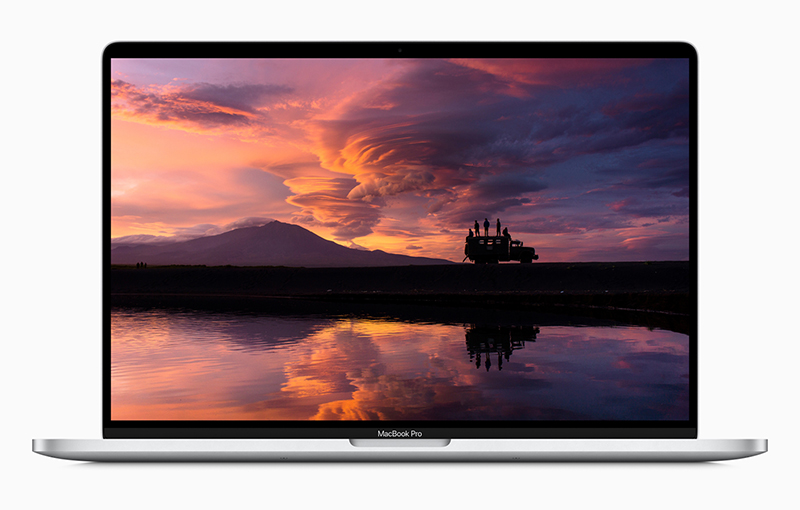 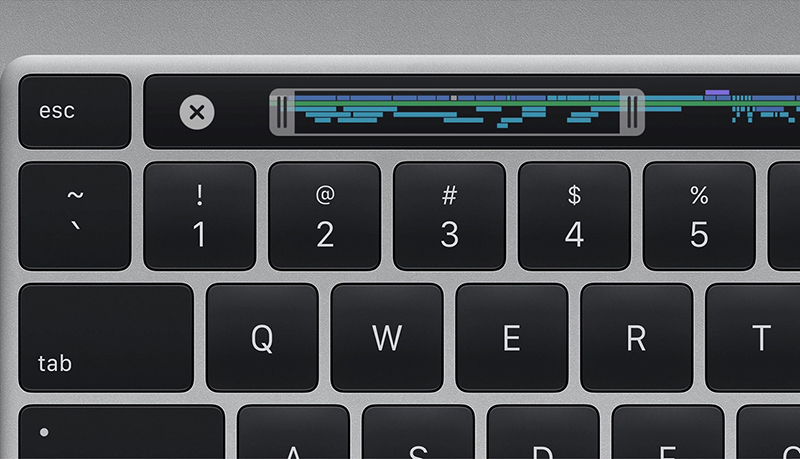 The new 16-inch MacBook Pro has a physical Esc key. (Image source: Apple)
The keyboard has been revamped. Apple calls it the Magic Keyboard and it now has a more conventional scissors mechanism and 1mm travel for a better typing experience.
Hopefully, this new mechanism will be carried over to the rest of the range and that it'll mean the end of Apple's keyboard woes.
There's still the Touch Bar but there's now a physical Esc key (yes!) and the power button on the right doubles as a Touch ID sensor.
As for size and weight, it's 16.2mm thick and weighs 2kg. It slightly larger and heavier than the old 15-inch model.
Inside, the 16-inch MacBook Pro is powered by Intel's 9th generation Core processors and you can get up to 64GB of RAM and 8TB of SSD storage. That's double the outgoing 15-inch MacBook Pro.
Apple says the new 16-inch MacBook Pro will deliver up to 2.1 times more performance than a quad-core 15-inch MacBook Pro.

The upgraded thermal system of the 16-inch MacBook Pro (Image source: Apple)
It also has a new thermal system with a 35% larger heatsink and fans that provide 28% more airflow.
As for graphics, the 16-inch MacBook Pro will get new AMD Radeon Pro 5000M series discrete GPU.
Readers hoping for more ports will be disappointed as the 16-inch MacBook Pro still comes with the same four USB-C Thunderbolt 3 ports as the outgoing 15-inch model.
The 16-inch MacBook Pro also has a thoroughly revamped audio system with six speakers and Apple-patented "force-canceling woofers" that reduce unwanted distortion.
The built-in microphone array is also said to reduce hiss by up to 40% and has a signal-to-noise ratio that rivals professional-grade digital microphones.
Finally, Apple has crammed the largest battery that they possible could into the 16-inch MacBook Pro — 100Wh. Battery life is claimed to be up to 11 hours of wireless web browsing or Apple TV video playback.
It's perhaps not quite the radical redesign that most of us were hoping for, but at least it has a new keyboard mechanism that will hopefully hold up better in real-world use.
Prices of the 16-inch MacBook Pro will start at S$3,499 and it's available for order today and will be coming to stores soon.
You can see the two off-the-shelf configurations in the image below. 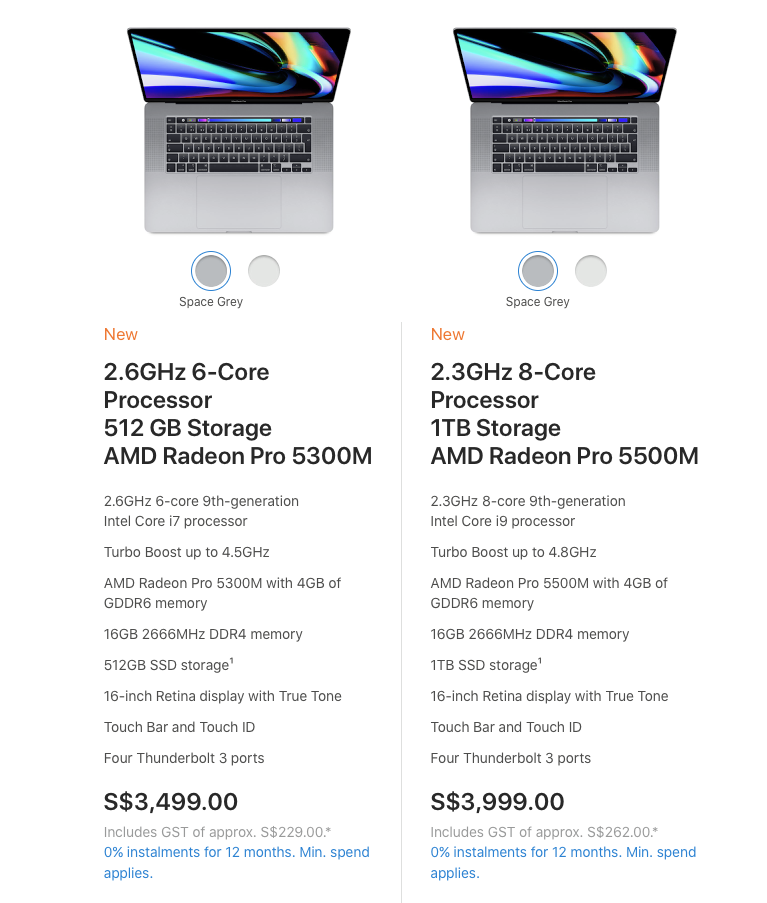 To order, go to Apple.com.