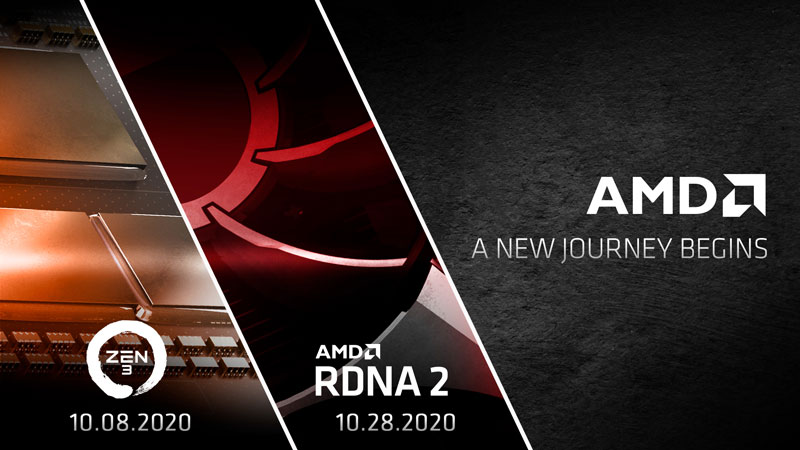 AMD will be lifting the veil off their next big CPU and GPU architectures in a live-stream taking place next month. In an email to HardwareZone, AMD confirmed that the next Zen processor family and latest RDNA graphics processors will at last be revealed.
So far, we don't know much about Zen 3, except that it would be produced on 7nm via TSMC's N7P process. AMD CEO even tweeted a Zen 3 announcement trailer.

It’s going to be an exciting fall for gamers... time to start a new journey with @AMDRyzen Zen3 and @Radeon RDNA2 pic.twitter.com/O9SXvLo4y0
— Lisa Su (@LisaSu) September 9, 2020

We also don't know much about the next-gen RDNA 2 except that it will be dubbed the RX 6000 Series. What we do know so far is that the upcoming Xbox Series X (and Series S) and PlayStation 5 will be the first gaming machines to feature an RDNA 2-based GPU.
I guess we will only know come 8th October. It's an exciting time to be a PC gamer.