Note: This article was first published on 10 April. it's updated on 25 April with Facebook's Messenger Rooms and enhancement to WhatsApp Group Calls.

The global Covid-19 pandemic has forced many countries to implement lockdown measures, which include asking employees to work from home and citizens to stay at home.

While Zoom initially gained immense popularity among government agencies and companies to hold online meetings, Zoom has come under fire for its growing list of security and privacy issues. If you're concerned about using Zoom, here are five free alternatives that you can consider to keep in touch with your loved ones and fellow employees. 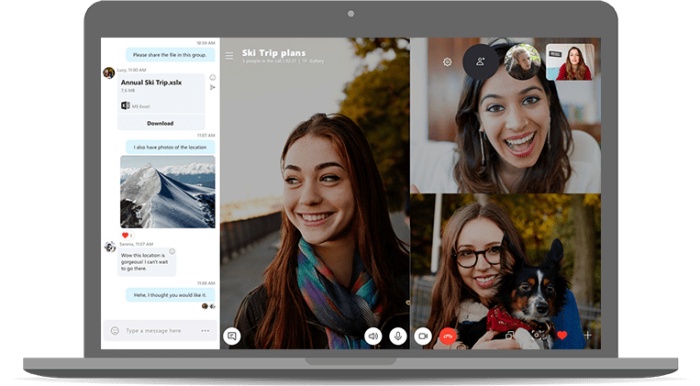 Skype, which was acquired by Microsoft in 2011, is one of the two apps on this list to offer group video calling for up to 50 people at the same time.

The company recently reminded everyone that video calls can be done without downloading the app or having an account. The feature, known as Meet Now, allows you to generate a free unique link with one click and share with anyone.

Skype also has some business-centric features such as screen sharing and call recording with live subtitles. Microsoft also claims Skype conversations are kept private with industry-standard end-to-end encryption, which Zoom does not offer.

You can download and use Skype for mobile, desktop, tablet and the Web. 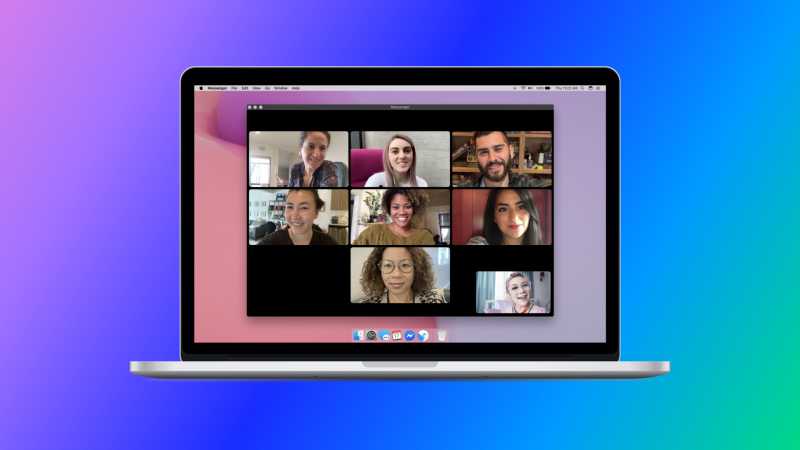 Facebook Messenger is the only other app on the list to support video calling up to 50 people at the same time. While it allows several video chat participants, beyond 6 or 8 participants (mobile and desktop respectively), it will focus to show only the active speaker to all participants.

The Group Video Chat feature, which was introduced in December 2016, allows you to start a group video call using an existing group conversation or by creating a new one.

It recently launched a Messenger app for MacOS and Windows which has some perks over its mobile version, such as group video calls on a larger screen, and the ability to multitask by popping in and out of the app while doing other things on the computer.

If you're worried about Facebook snooping on your conversations, do not worry as end-to-end encryption has been enabled by default for Messenger. Facebook also states that it does not use the content of your messages with other people for ad targeting.

Facebook Messenger is available for Android, iOS, MacOS and Windows. 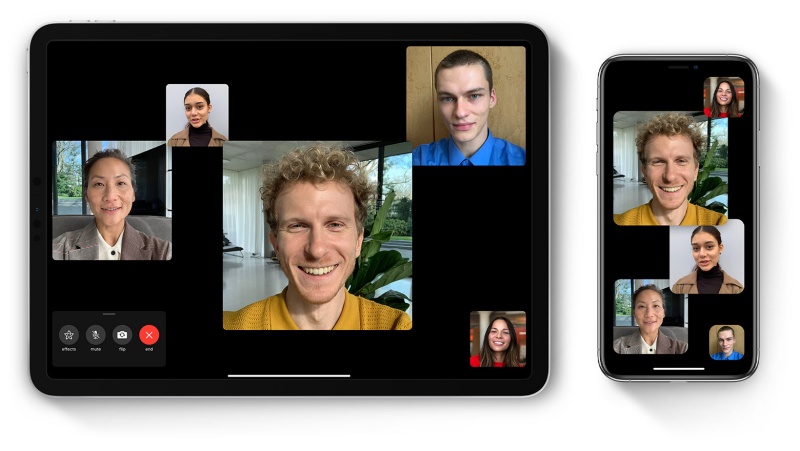 Group FaceTime is Apple's proprietary audio and video calling app on the iPhone, iPad, iPod Touch and Mac. It can support up to 32 people at the same time.

You can start a Group FaceTime from the FaceTime app or from a group conversation in the Messages app. A fun feature of Group FaceTime is the ability to use Animoji or Emoji to match your personality or mood. You also can capture FaceTime Live Photos during the video call. 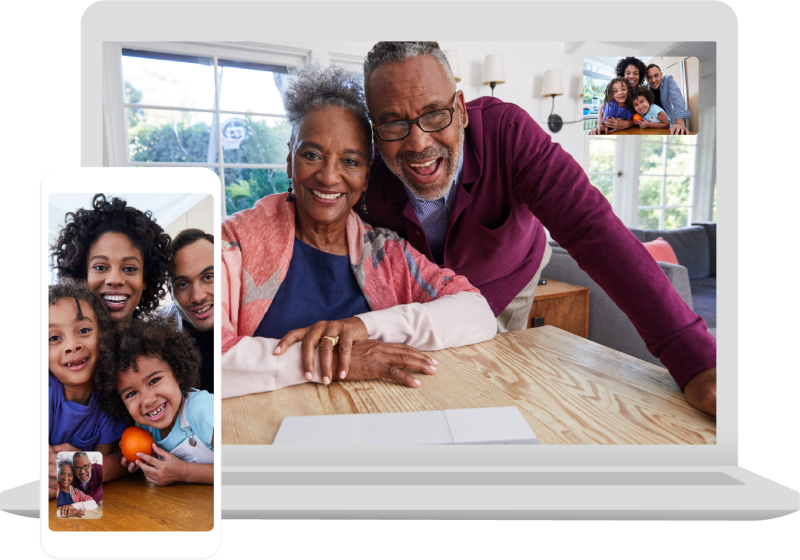 Google Duo, which was unveiled at I/O 2016, has evolved from a one-to-one video calling app to one that can support video calls of up to 12 people.

One of its defining features is Knock Knock, which allows you to get a live video preview of the person calling you before answering the video call. Another nifty feature is the ability to send an audio or video message if the person you're calling can't pick up the call.

However, Google Duo has one limitation - it does not support instant messaging. Nonetheless, your audio and video calls stay private with end-to-end encryption. 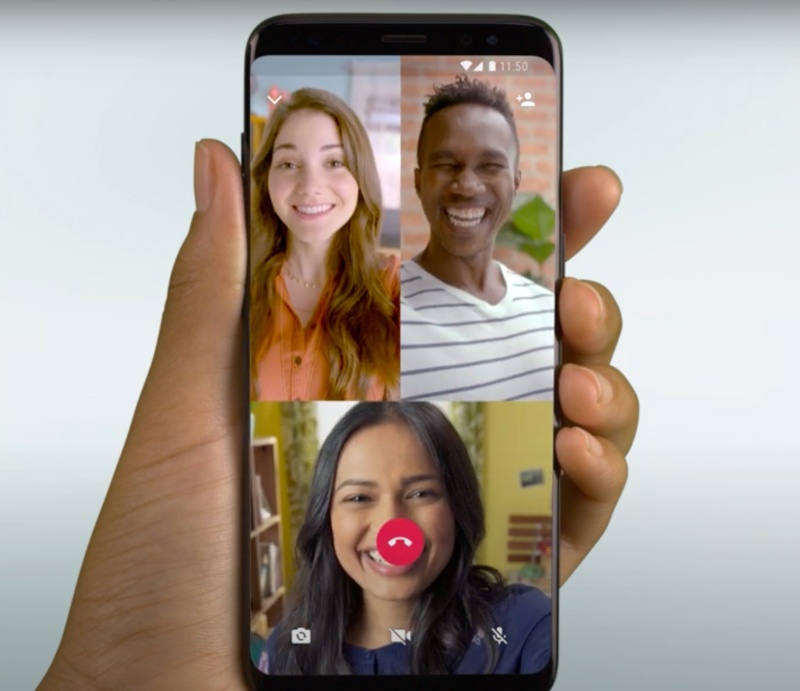 WhatsApp brought the video calling feature to its instant messaging platform in 2016.

The company recently made it easier to start a group video call with a single tap feature in group chats of 4 or less people. Yes, it is not a typo; WhatsApp Group Video Call supports only up to four participants at a time. It will soon support group voice and video calls of up to 8 people. Another limitation is that you can only make and answer video calls on your mobile device, not the desktop or web version.

WhatsApp is available on Android phones and iPhones. It also supports end-to-end encryption. 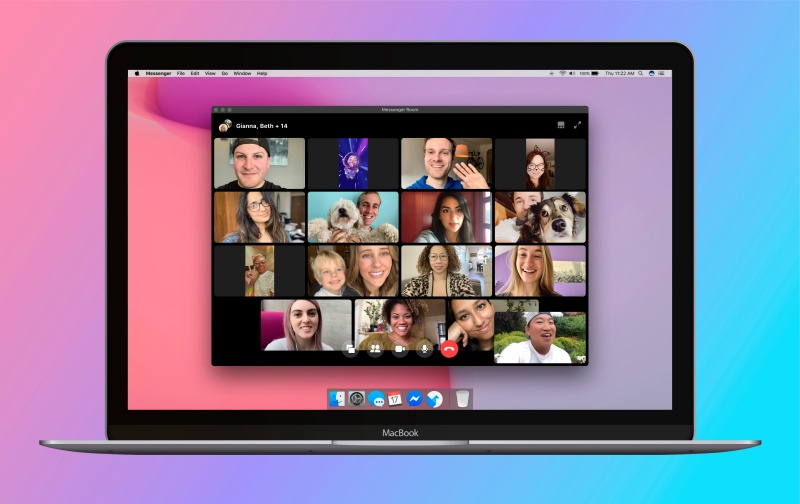 Similar to Skype, you can invite anyone to join the video call even if they don't have a Facebook account. Hosts can choose who can see and join the room, remove people from the call and lock the room. At launch, Messenger Rooms can support up to 8 people. It will soon hold up to 50 people with no time limit.

You can now create or share a room from Messenger or Facebook through News Feed, Groups and Events. Facebook will add ways to create rooms from Instagram Direct, WhatsApp and Portal. It can be accessed on mobile or desktop.

Messenger Rooms is rolling out in some countries this week with global availability in the next few weeks.