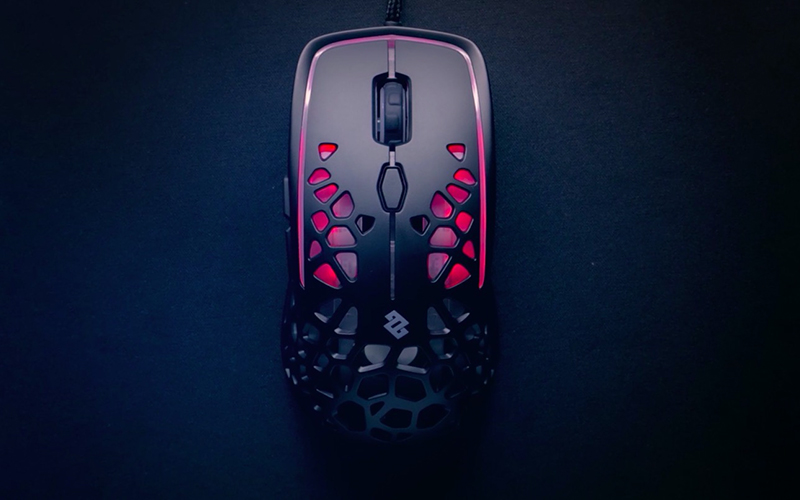 Sweaty palms can be a real problem for some people. Some get around this by sticking rubberised grip tape on their mice, but Zephyr Gaming think they've settled on a more advanced solution by creating a mouse with active cooling. In other words, it has a built-in fan. The Zephyr gaming mouse has already garnered considerable interest on Kickstarter – at the time of writing, S$84,833 has been pledged, far exceeding the S$8,842 goal.

But many gaming companies today are focused on making increasingly light and nimble mice, and Zephyr Gaming hasn't forgotten about that either. Its mouse features a honeycomb shell, much like many of the ultralight rodents on the market today, so the fan isn't going to result in a super heavy mouse. The mouse will weigh just 68g, which is pretty decent when compared to something like the Razer Viper. The prototype mouse Zephyr sent me weighs slightly heavier, but this is a 3D-printed version and the final product will be lighter and made from precision moulds. In addition, the final version will also ship with a blower to clean the interior, so you can keep it free from dust. 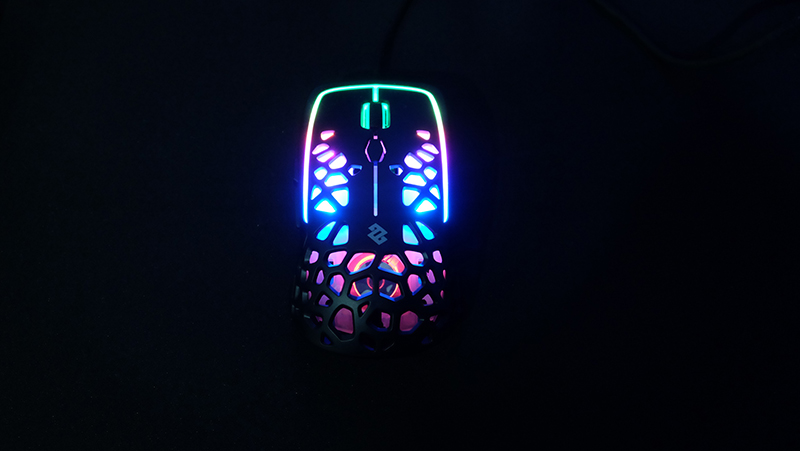 The sensor is a PixArt PMW 3389 optical sensor, which supports between 100 and 16,000 DPI on the mouse. You can toggle between five different presets – 800DPI, 1,600DPI, 3,200DPI, 6,400DPI, and 16,000DPI – using the DPI button below the scroll wheel. Retail units will have a 400DPI preset to cater to more players. The PMW 3389 sensor is one of the best on the market, and it is known to offer flawless tracking with no jitter or acceleration. In my time with it, that seemed to hold true, and I encountered no issues with tracking.

There's no software to customise the mouse with at the moment. That said, the RGB lighting on the mouse is very bright and well-implemented – with light rails running along its sides and a brilliantly illuminated interior, it is truly stunning, especially if you like RGB lighting on all your peripherals. 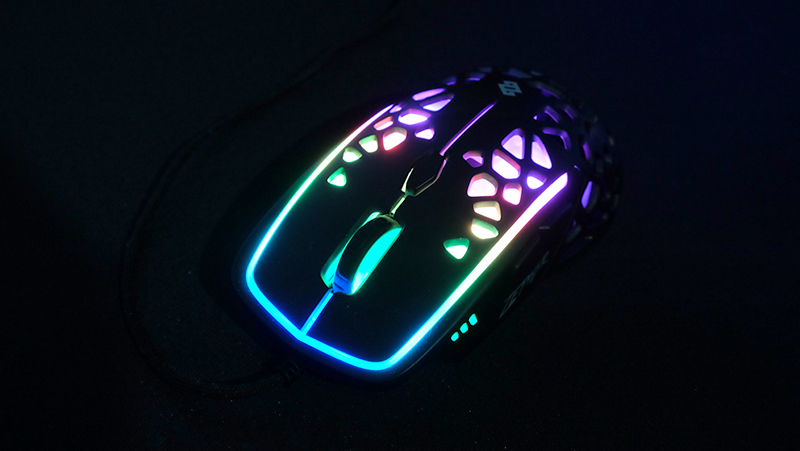 The RGB lighting effects can be tweaked using the hardware buttons. There are seven lighting presets in total, and you can switch between them by holding down the left- and right-click buttons and pressing the forward button. There is no way to turn off the lights right now, but retail units will feature a way to let you power them down entirely if they're not to your liking.

At 121.6 x 65.15 x 40.7mm, this is a pretty large mouse that is better-suited for those with medium to large hands. As someone who prefers smaller mice like the Finalmouse Ultralight 2 and Razer Viper Mini, the Zephyr is way too large for me. That said, the mouse appears designed to accommodate claw grip users with larger hands, with its relatively flat profile and lack of a prominent hump at the rear. There are no comfort grooves on the left- and right-click buttons, but the Omron switches – rated for 50 million clicks – feel crisp and responsive. The same goes for the side buttons, which are large and easily accessible. 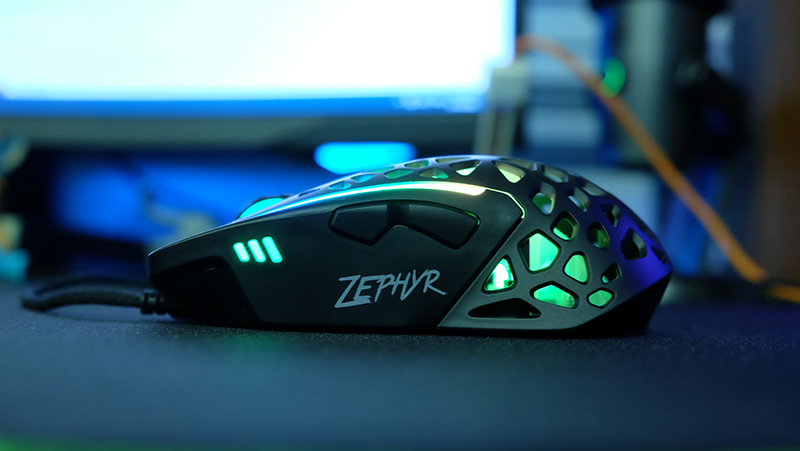 The scroll wheel feels pretty good as well. It's not the best I've used, but it has sufficiently well-defined notches and is quiet enough.

The cable is a paracord-style cord that is soft and supple and is easily among the most flexible that I have tested. There's zero drag when using it, so this is one mouse that doesn't really require a mouse bungee. Ultimately, it's nice to see that Zephyr is paying attention to existing trends and what gamers are asking for.

But the highlight of the mouse is the built-in fan. My first thoughts when I first found out about the mouse was that it was more of a novelty than anything else, and I'm not sure that this impression has been dispelled after spending more time with the mouse. Granted, I've never had any issues with sweaty palms, so I'm not their main target audience. The company says the fan speed on the prototype is currently set to around 60% to 70% power, and I was indeed able to feel a slight breeze on my palm. This did make it feel a little cooler to use the mouse, but it was hardly life-changing. Hitting the fan speed button at the bottom further ramps up the fan, and retail units will reportedly support three fan speeds at 4,000, 7,000 and 10,000RPM. 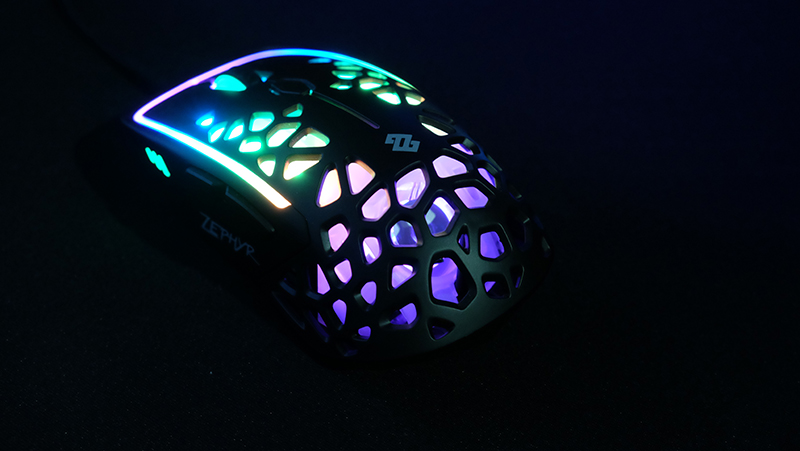 However, even at the lower speed, I was able to feel the fan vibrating inside the mouse when holding it, which was a little distracting. At the higher speed, the vibration was far more palpable, and the fan becomes quite audible. Having said that, Zephyr says that this is still a prototype and that it is working to further tune the fan to reduce noise and keep it as smooth and silent as possible. I'm hoping that they'll be able to make more progress on this front, as the mouse feels pretty unusable to me with the fan at high speed. It doesn't affect your tracking, but the last thing you want is your mouse thrumming under your hand as you're holding a corner and waiting for someone to peek you.

I don't think that the fan is a complete gimmick, but I do have doubts about its usability. The success of the final product will depend on whether or not the company is able to dampen the vibrations and fan noise further. If you struggled with sweaty palms, the Zephyr gaming mouse may still actually be worth a look. Otherwise, you're still better off considering one of the other more lightweight options on the market. With the fan taken out of the equation, the mouse becomes just yet another gaming mouse with holes in it and I think its shape is serviceable but not particularly comfortable. 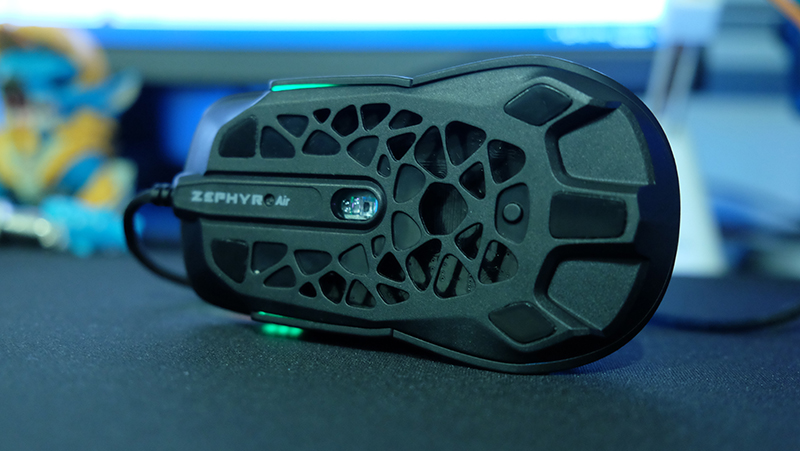 What's more, the company will also have to contend with reliability. The fan introduces yet another point of failure, and it remains to be seen how it'll hold up once retail units start going out to customers. I'm inclined to give the mouse the benefit of the doubt though, and the company seems focused on fine-tuning its fan to work properly.

The last thing to consider is then the price. It is currently available for pre-order on Kickstarter at a heavily discounted price of US$79 (~S$108), but the mouse will eventually retail at US$158 (~S$215), which is a really steep price to pay when its only unique feature is the fan. At that price, it'll be going up against mice like the Razer Viper Ultimate and Logitech G Pro Wireless, both of which are excellent wireless mice with shapes that I find to be far more comfortable.

If you are interested in the Zephyr gaming mouse, you can pre-order one at Kickstarter here.