Your partner's been cheating: What is Netflix cheating and how to cheat like a pro

Why do people cheat?

Do you trust your girlfriend/boyfriend? 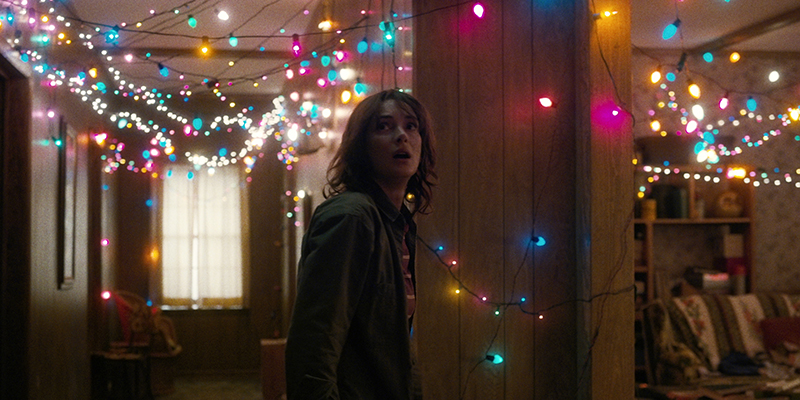 Think your partner is faithful? Think again. Recent statistics show that nearly half of Singaporeans cheat on their partners*, and that 65 per cent would have no qualms about doing it if they thought they could get away with it*.

We’re not even talking about having an affair. We’re talking about something far worse – Netflix cheating. Did you just gasp in shock? We know. What an egregious betrayal of trust that is! In fact, 18 per cent of survey respondents said that Netflix cheating was worse than having an actual affair*. But for the sake of our sanity, we’re going to assume that a lot of them were kidding.

Netflix cheating refers to the act of binging ahead of your partner in a series, all because your (or your partner’s) roving eyes couldn’t keep from peeking at whether or not the Demogorgon got destroyed.

Streaming infidelity is a worldwide phenomenon, and these figures show the new lows to which we have sunk on our tiny island:

Make no mistake, people actually get upset over this when they find out that their other halves have snuck ahead without them, with 32 per cent saying they have gotten in verbal arguments over the matter.

Why do we cheat?

So what is it that forces all of us to betray our partners? As it turns out, the answer is as simple as a lack of self-control. 83 per cent of cheating in the Asia-Pacific region is unplanned*, while 79 per cent in Singapore cited it as something that happened in the spur of the moment.

That’s actually easy to understand. When the entire series drops on Netflix in a single release, it can be extremely tempting to race ahead to find out what happens next. Netflix has spent no small amount of time in ensuring that you discover content suited to your tastes, in addition to efforts to create a more immersive experience with 4K and HDR content. Well, it looks like their hard work is paying off.

From one Netflix addict to another, let’s just say if you can hold off on skipping ahead, you must have some seriously Herculean willpower, love be damned. Or maybe that show just isn’t that nice after all. 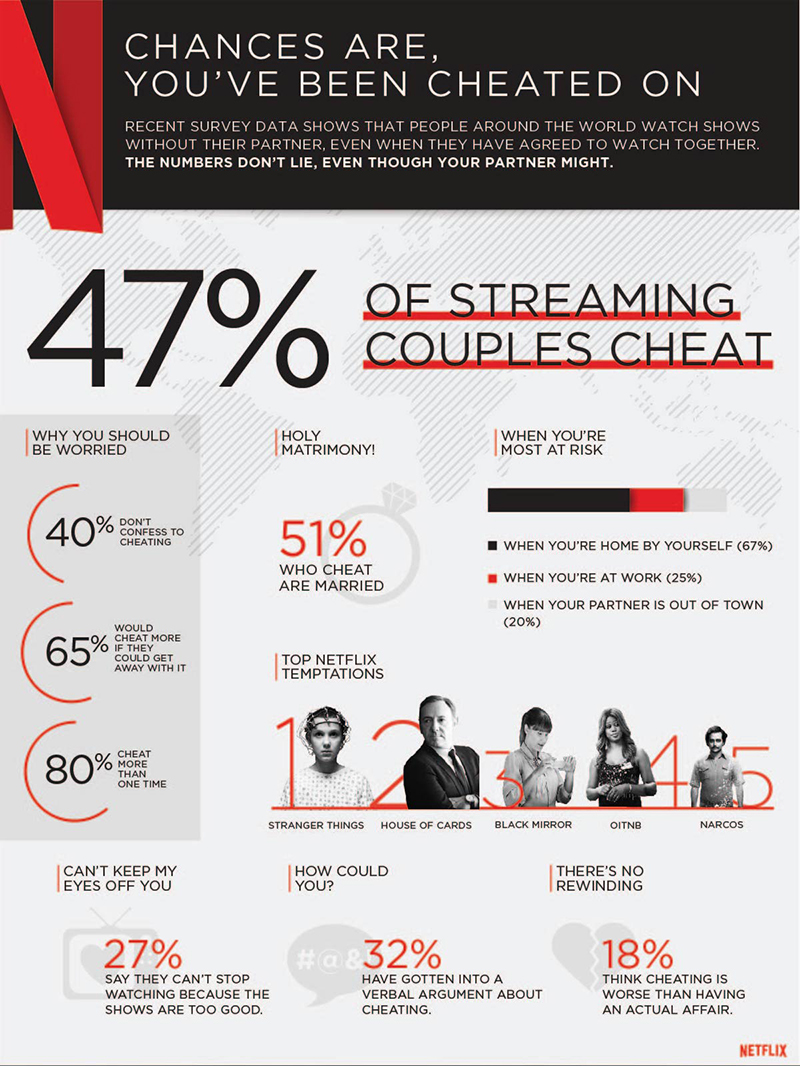 * Netflix recently conducted a global study to explore the social phenomenon known as Netflix Cheating (defined as watching a TV show ahead of your significant other). All statistics used in this article are from the results of this study.