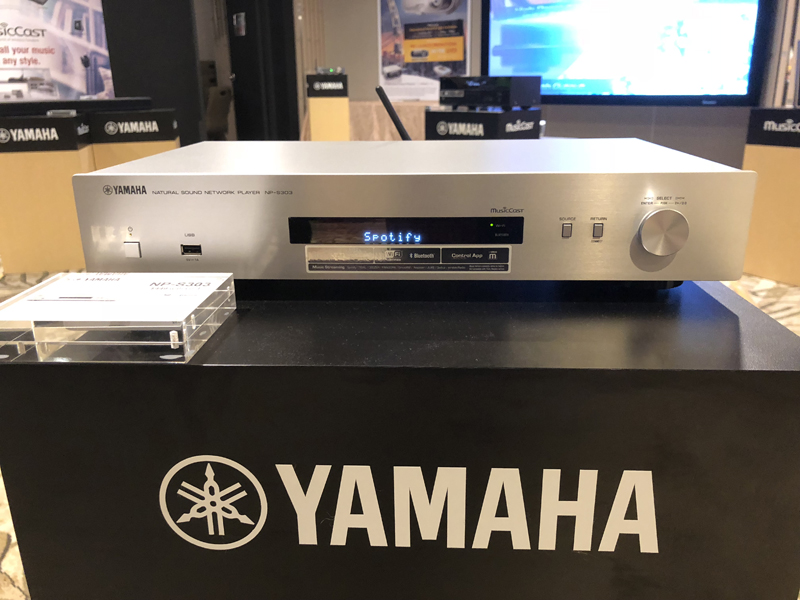 Over at ISSE 2017, Yamaha has two new products on display, and ready for a resounding demonstration. They are the R-N803 network stereo receiver and the NP-S303 network player. Both products bring new features and solutions to discerning music listeners. 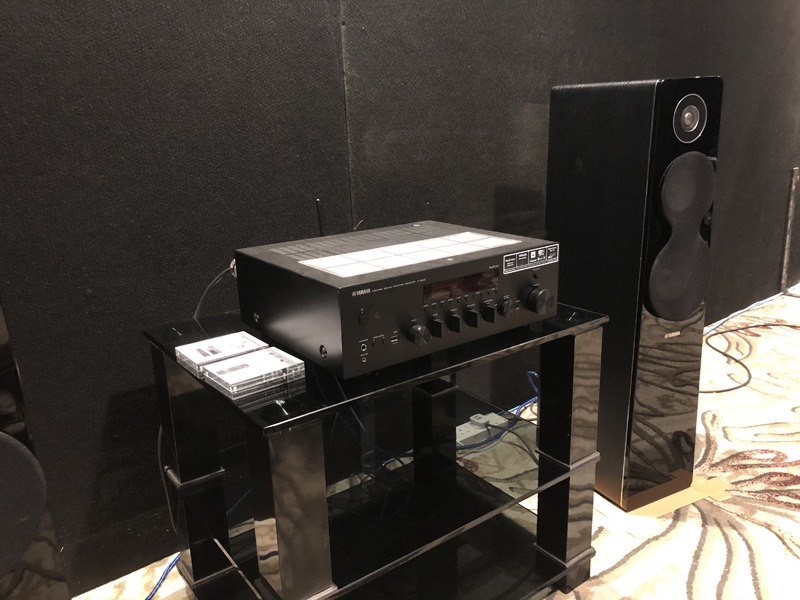 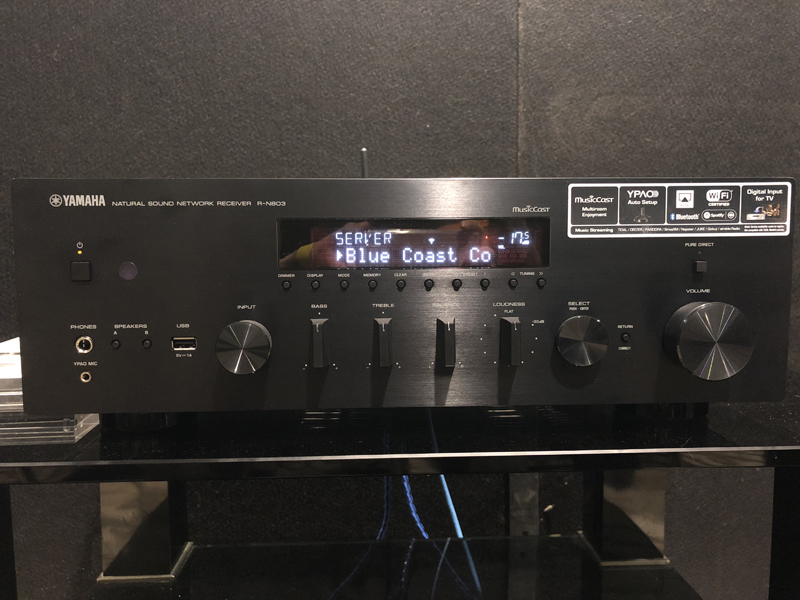 To ascertain optimal sound quality, YPAO seeks to correct any reflected sound, while applying an EQ that works best for your environment. By including the YPAO in the R-N803, Yamaha brings AV audio calibration techniques to streamable content (such as Spotify, Tidal, and more); those music-streaming platforms are also natively supported on the network stereo receiver. 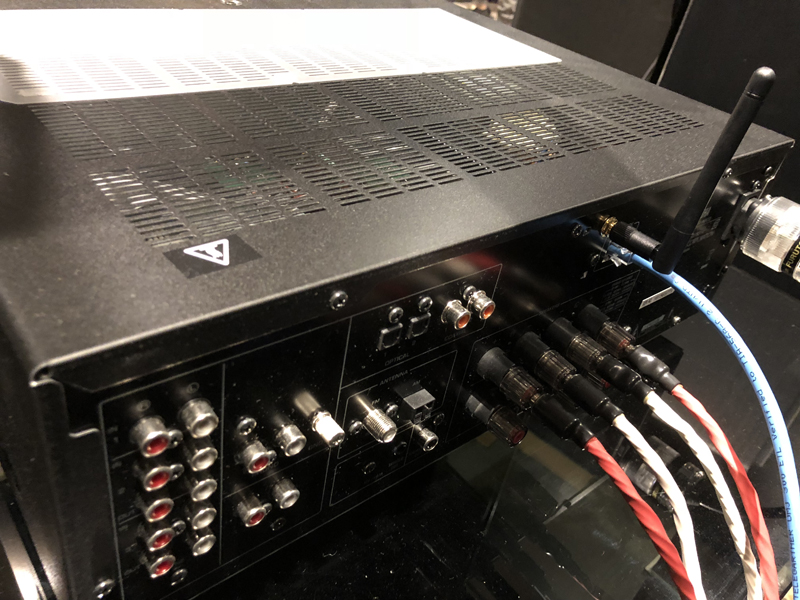 Yamaha R-N803 uses a famed component: ESS Technology's SABRE 9006AS 192kHz/24-bit DAC. Known for its signal-to-noise ratio performance in the world of picky music lovers, Yamaha's choice to include it makes the new product a relatively safe bet where audio quality is concerned.

As with any decent audio receiver, the R-N803 comes with a host of ports to receive from its source (Audio In/Out, Digital In via Coaxial and Optical ports, USB input). The receiver also supports Wi-Fi Direct, Bluetooth, and an Ethernet port for wireless streaming. Its full specification sheet can be found here.

The Yamaha R-N803 network stereo receiver retails at S$1,029, and it's available in Singapore now. 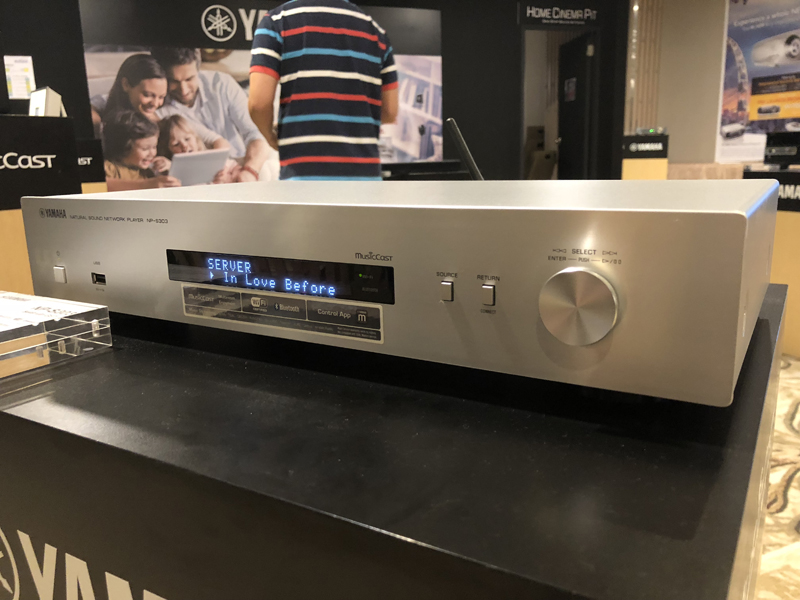 With the increased presence of music streaming services such as Spotify and Tidal, it's easy to be overwhelmed by the sheer number of music sources within your reach. The Yamaha NP-S303 network player exists solely to solve that first-world problem. 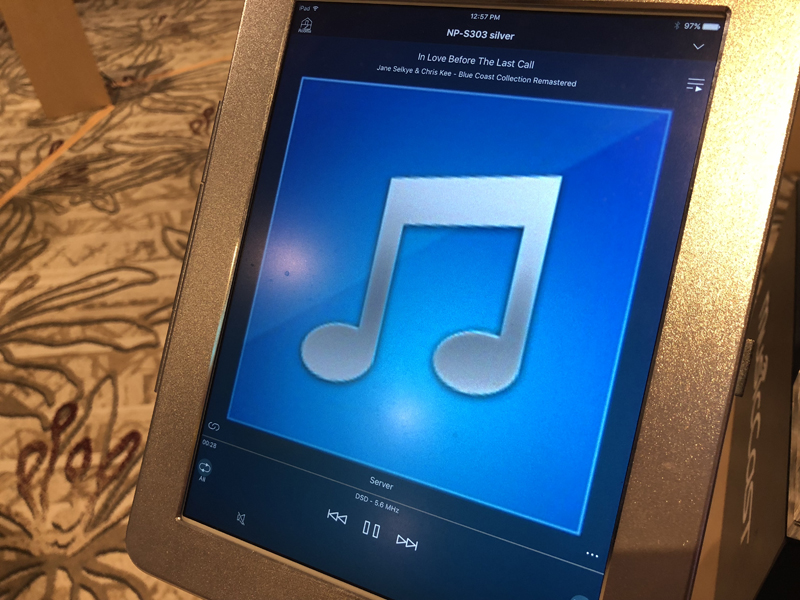 The NP-S303 is designed to be an entry-level network player for audio lovers who are new to hosting their music sources from one central device. The network player is compatible with a PC, a NAS, and a host of wireless streaming services (pictured), plus a front-facing USB port for tunes on a thumb drive. To make it sing, you hook it up to your preferred amplifier and speaker setup (RCA for analog, and Optical/Co-axial for digital audio). Furthermore, if you've got a perfectly good audio setup at home, but your AV amplifier itself doesn't have such digital and network playback options, the Yamaha NP-S303 can readily improve your home audio system's capability to embrace new audio connectivity and audio streaming options. 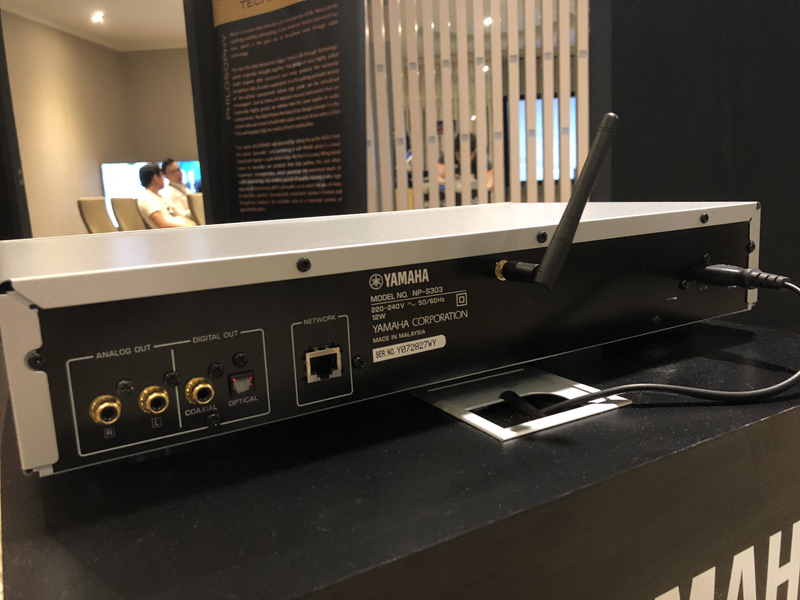 Supported audio file-types include MP3, WMA, MPEG4 AAC, WAV, FLAC, AIFF, ALAC, and of course, DSD. Lossless audio files (WAV / FLAC / ALAC / AIFF) are supported up to 24-bit depth. There's much more to the player and its functionality, so here's their spec sheet if you need a detailed look.

The reason for its low price? It's because Yamaha believes that the affordable price point with the support for DSD audio files is the right way to baptize new audio connoisseurs. The NP-S303's slim 435 x 87 x 289mm profile helps to make it look less intimidating to users, too.