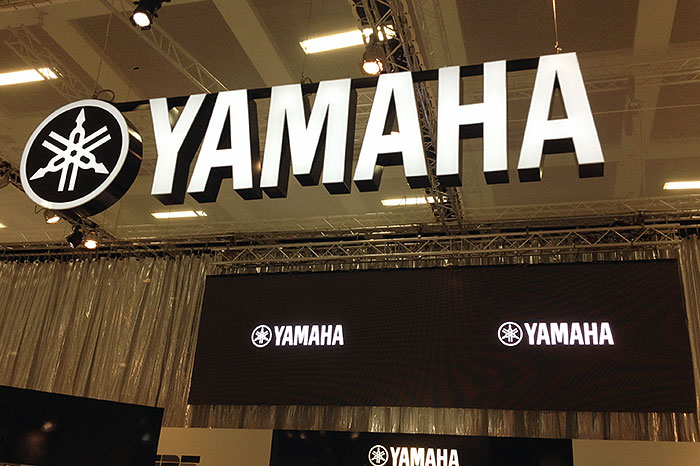 Yamaha, another Japanese home cinema audio and consumer electronics specialist, is at IFA 2012 to showcase its latest innovations. And it has many to offer besides the newly updated Aventage range of AV receivers. Here are some of the more interesting ones that piqued our interest.

A pioneer of sound bars, Yamaha is showing off its latest inventions, which include the new aluminum-clad YSP-4300 and YSP-3300 ‘digital sound projectors’. These sound bars seek to produce multi-channel sound from a single-piece sound bar and a 100W (RMS) active subwoofer. The wireless nature of the subwoofer gives you the flexibility in placement. On the YSP-3300, there are 16 ‘beam’ drivers; on the higher-end YSP-4300, there are 22. 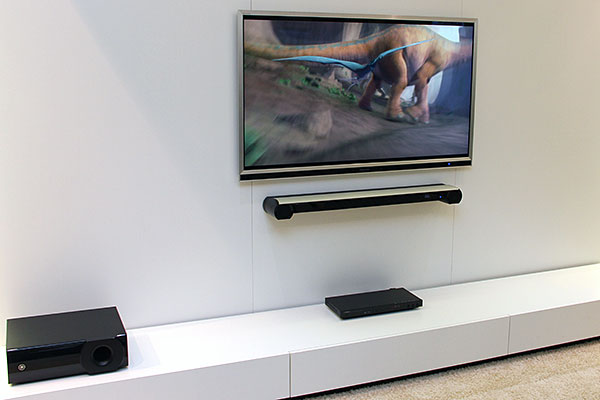 With IntelliBeam II, the sound bars automatically set the best beam angles, and each of the sound beams has its level and frequency response optimized. In other words, the sound field is created by reflecting sounds off the walls. Yamaha claims this allows the sound bars to produce true 7.1-channel surround sound, instead of virtual surround sound. From what we've heard, it did sound pretty realistic.

You can also connect the sound bars to an iOS mobile device, as well as to a PC or Mac to do wireless music streaming, via the supplied YIT-W12TX wireless transmitter, and using Yamaha’s AirWired technology. The latter allows for uncompressed audio signal transmission, which is good news for those picky about sound quality. In addition, a USB port on the YSP-4300 lets you hook it up to your iOS device directly. Both sound bars are equipped with four HDMI inputs, as well as an ARC (audio return channel) function. The HDMI inputs are capable of 4K and 3D pass-through.

The YAS-201 is another interesting sound bar on show. But unlike the YSP-4300 and YSP-3300, it uses Air Sound Xtreme technology instead of IntelliBeam to produce the 7.1-channel effect. It’s available in black and white color options. 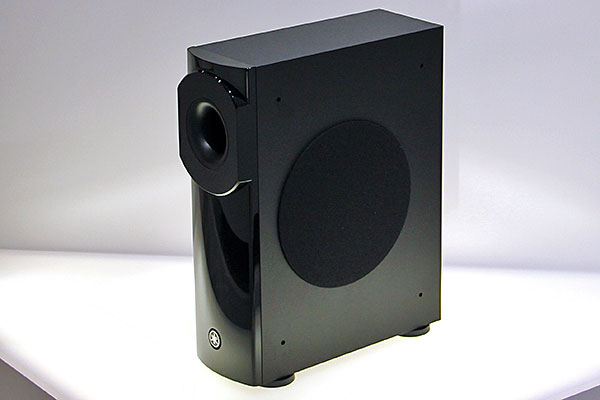 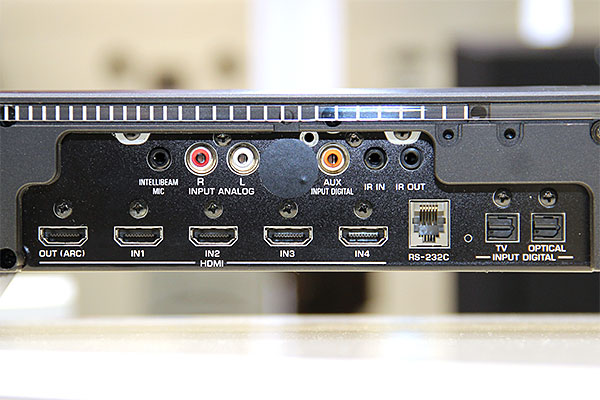 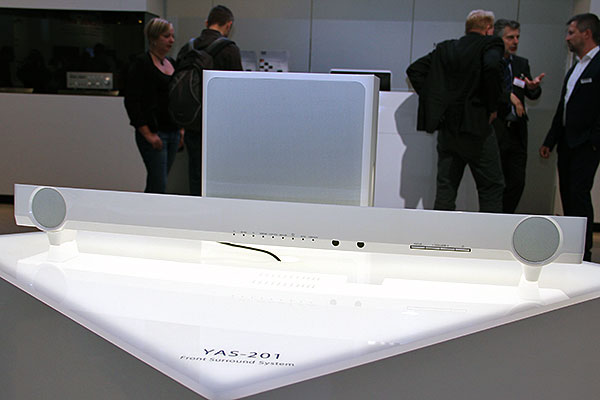 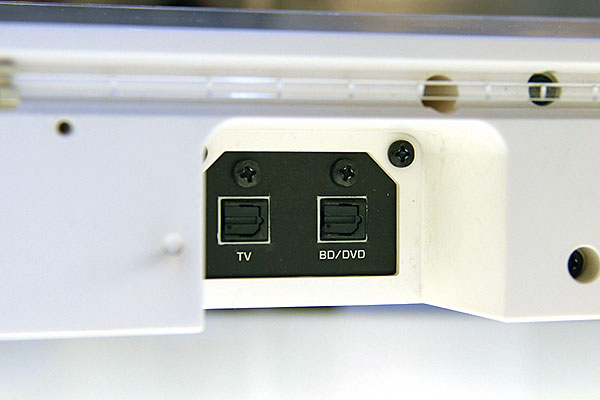 Audiophiles rejoice, for Yamaha has not forgotten about you. With the CD-N500, Yamaha is trying to bring the goodness of CDs and network audio together. It supports DLNA, so it can playback files on other devices on your network. Internet radio support is supposedly coming in a future firmware update. 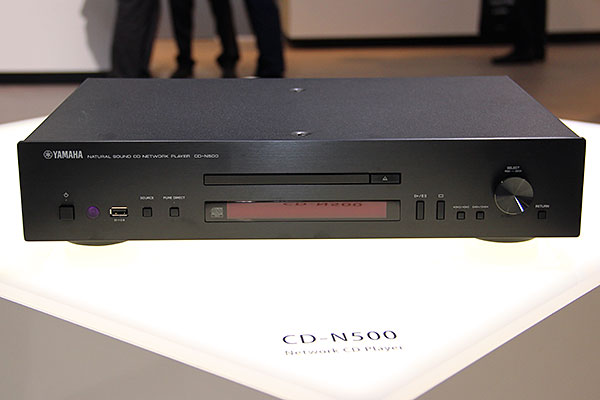 For iOS and other USB devices, a direct connection is possible via the USB port at the front of the CD-N500. You can download an NP Controller app (available for Android and iOS), which effectively turns your mobile device into a wireless remote control for source selection and music playback. A music streaming function is also built right into this app.

So what make the CD-N500 worthy of its ‘audiophile’ tag? For one, Yamaha has used left-right symmetrical audio circuitry for the internal layout. There’s also a 192KHz/32-bit Burr-Brown DAC, with support for FLAC 192KHz/24-bit and Apple Lossless formats. For purists, there’s a Pure Direct mode for CDs that bypasses any unnecessary circuitry for an even higher audio fidelity. 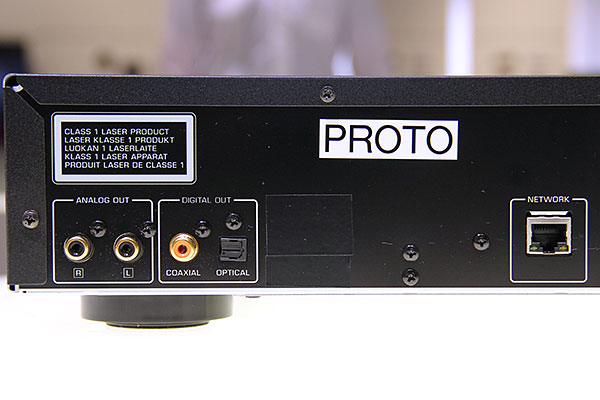 The Restio audio system now comes with even more colors and features. Take for example, the two-way, four-speaker ISX-B820, which has a 9cm body and a half moon-shaped stand. If you wish, you can even remove the stand, and hang it on the wall. You can dock your iPhone or iPod at the top of the unit, or hook them up wirelessly via Bluetooth. For other devices, you can use the USB and Aux-in ports. 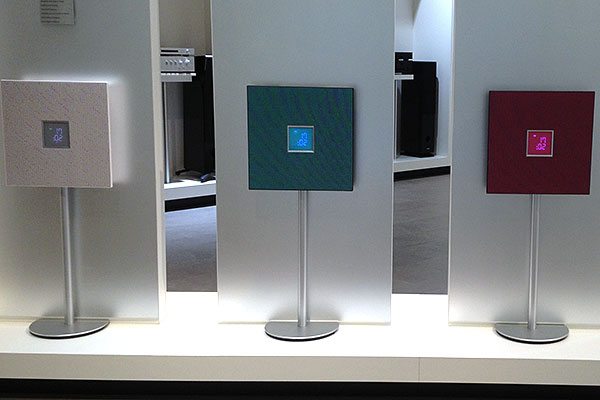 The B820 is quite a multi-tasker too, as it’s also a digital clock, a CD player, and an FM radio. Yamaha has created a DTA Controller app, which you can use to set IntelliAlarm settings. Unfortunately, the app is iOS-only at the moment. 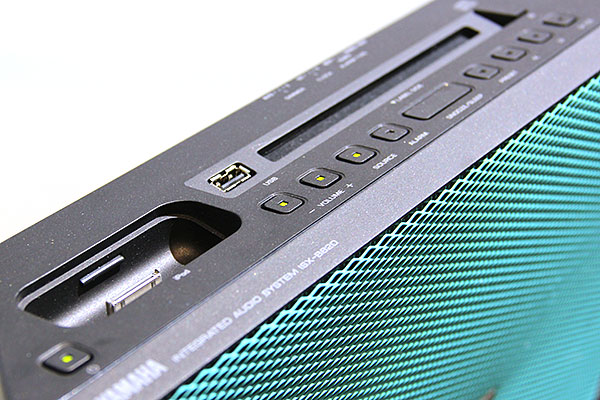 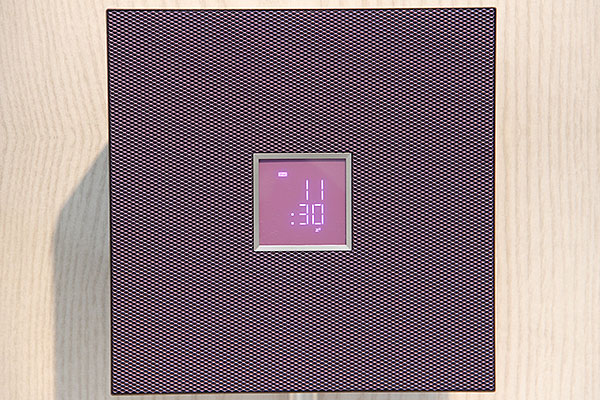 There must be some good money to be made from selling high-end headphones, for Yamaha has just re-entered this arena with the introduction of three new flagship headphones: the HPH-PRO500, PRO400, and PRO300. 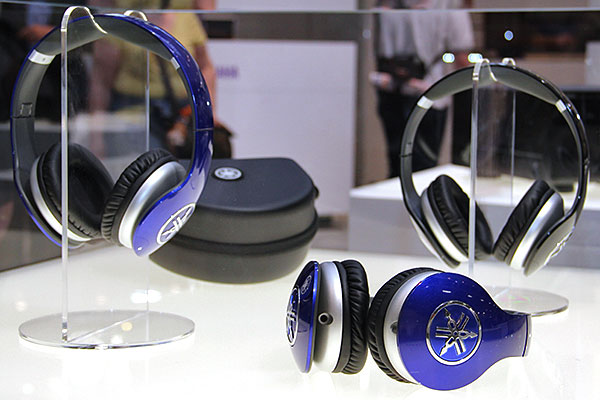 The PRO500 and PRO400 sport an over-ear design, while the PRO300 is an on-ear headphones The highest-end PRO500 in particular uses 50mm drivers with neodymium magnets, and the earcups are clad in aluminum alloy. Two detachable, flat headphone cables are provided for the PRO500 and PRO400: a 1.2m one that has an in-line remote/mic, and a 3m one that’s meant for home use. For the PRO300, the cable isn’t detachable.

Furthermore, the headphones can be folded to aid portability. The PRO500 and PRO400 come with a semi-rigid case, while the PRO300 has a soft carrying case.

More information about these new products can be found here. 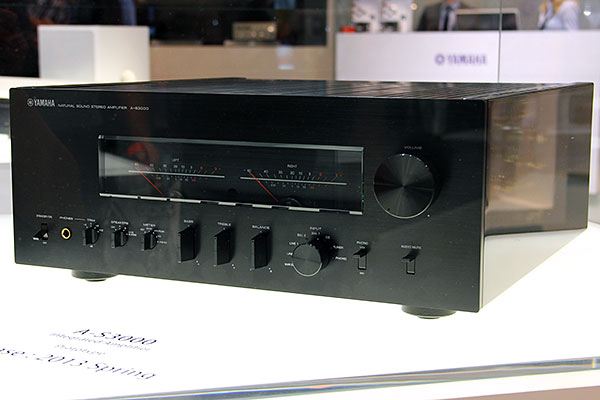