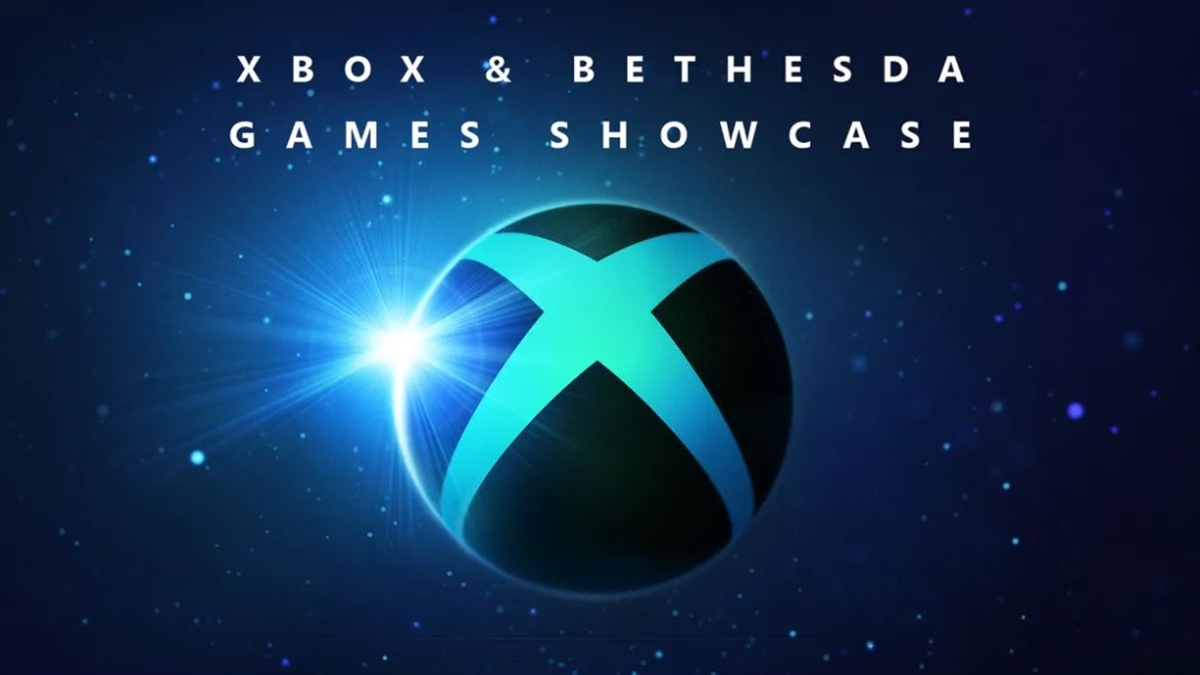 Between reveals like Call of Duty: Modern Warfare 2 and perhaps Goat Simulator 3, Summer Game Fest 2022 does not bode well for our gaming budgets at all, and after last night's Xbox & Bethesda Games Showcase, I think my wallet just died the same way I usually do in Elden Ring. That is to say, gruesomely.

However, unlike the usual slate of games that developers and publishers like to tease at such events, this round's X&B Showcase only features titles that, according to Xbox, will be released and or made available via the Xbox Game Pass within the next year. Of course, there are a number of cool DLCs scattered here and there, like Forza Horizon 5's collab with Hot Wheels, but what most of us are really keen on seeing are probably the big-league titles like Overwatch 2, Diablo IV, and Starfield. In fact, we even got a first glimpse of the latter's gameplay last night too!

Speaking of glimpses, we've gathered ten of the highlights from the two-hour stream in this article so that it's easier for you to glance through them. Naturally, they're mostly trailers, and there's this really helpful list that Xbox has provided for reference below. The full stream will also be embedded so you can check out the other showcases. 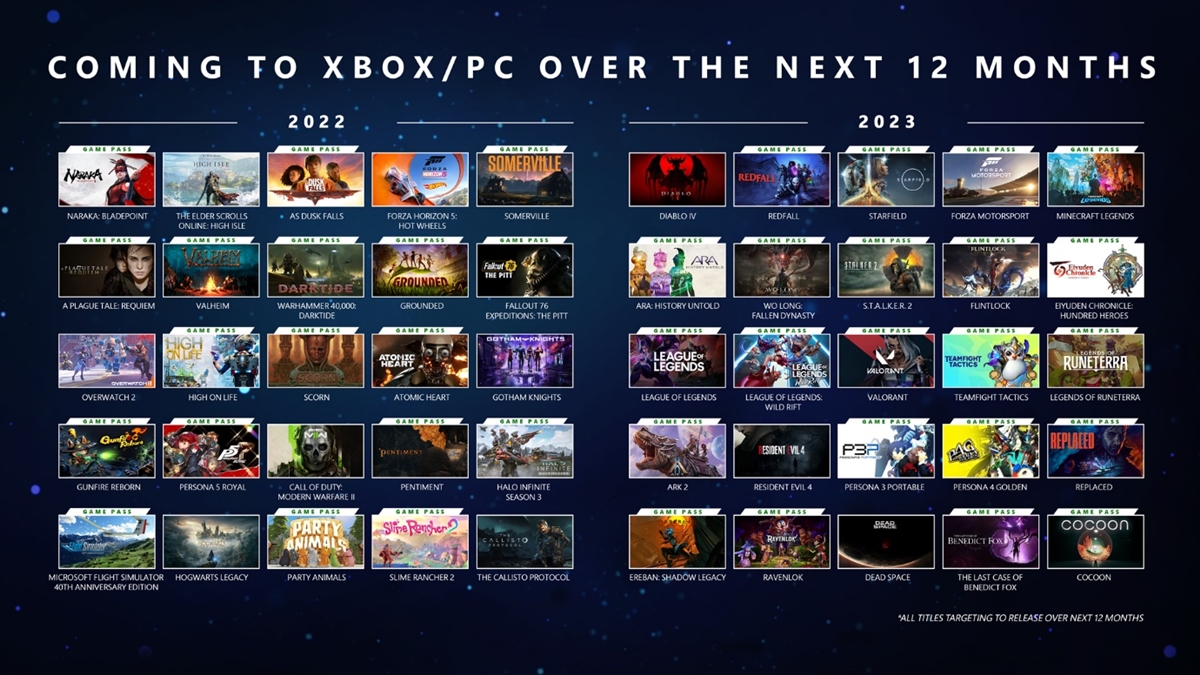 Developed by the same team that brought you Deathloop, Arkane Studios' next title is an open-world first-person shooter called Redfall. It explores a post-apocalyptic world where people are one of three things: a vampire, cultists trying to become a vampire, or you know, dead.

High on Life is a comedic first-person shooter that comes straight from Squanch Games, the development studio founded by Rick and Morty creator Justin Roiland. Here, you play as a bounty hunter seeking to stop people from being used in what are effectively giant bongs. Of course, you won't be alone during your journey, seeing as your guns are apparently capable of making small talk. This one's scheduled to arrive in October 2022.

We haven't forgotten about the racing fans out there, and of course, neither has Turn 10 Studios. Represented by Cris Ezaki and Dan Greenwalt, the studio debuted an amazing gameplay trailer (in 4K!) that demonstrated how the team will take the racing experience up to eleven in Spring 2023.

Arguably one of the more hyped titles from the X&B showcase is the sequel to Blizzard's popular hero shooter, which will kick off its Early Access phase on 4 October. Unlike its predecessor, Overwatch 2 will apparently be free-to-play, among other new additions (we'll have a separate piece for this shortly!), but what was probably more exciting than any of that was the introduction of the roster's newest tank, Junker Queen.

Personally, we're not that good with viscera, but for gamers who don't mind getting down and dirty with stuff like that, you're more than welcome to take the survival horror title Scorn out for a spin. Developed by Serbian studio Ebb Software, this creepy and unnerving game is scheduled to arrive later this year in October 2022.

If you're tired of running through regular Survival or Creative modes in Minecraft, why not test your strategic prowess with the Minecraft Legends? In this upcoming strategy game based on Mojang's beloved blocky franchise, you'll take command of the Overworld forces in a war against an army of otherworldly enemies (seemingly from the Nether). Like Forza Motorsport earlier, Legends is scheduled for release sometime in 2023.

From developer Baby Robot Games and publisher Raw Fury comes Ereban: Shadow Legacy, an exciting indie stealth platformer. As the last member of a forgotten race, Ayana must harness an array of shadowy powers and high-tech gadgets to restore order to her dying universe and discover the secrets of her heritage. The only thing standing between her and her goal is an army of destructive robots, and of course a yet-to-be-announced release date.

Sadly, there's no release date yet for Diablo IV, but at the very least we do walk away with the knowledge that the Necromancer character class will be returning. The trailer is exceptionally impressive, and the separate gameplay overview from the developers afterward really sheds light on what the team has been up to these past few months.

In other words, seeing that 2023 release date is probably more frustrating than any demonic invasion Hell can cook up at this point.

Frankly, this trio of games needs no introduction. Except for an introduction to modern gaming consoles and PCs, that is. With the exception of Persona 5 Royal, which is relatively recent, it's nice to see that Atlus is finally bringing these old faves back for the community to enjoy. Persona 5 Royal, Persona 4 Golden, and Persona 3 Portable will be coming to the Xbox Game Pass, Xbox Series X/S, and PCs soon, with P5R being the first to arrive on 21 October.

At long last, we finally arrive at the last entry on this list, and coincidentally, at our first gameplay reveal for Starfield too. Developed in-house by Bethesda Game Studios, this much-awaited sci-fi action RPG title is scheduled for release sometime in 2023, but in the meantime, this impressively substantial trailer will have to suffice. Among other things, the presentation shows off features like the character (and ship!) customization, the intergalactic travel interfaces, and even some snippets of combat.

Last but not least, as promised, here's an embed of the full Xbox & Bethesda Games Showcase. Enjoy!