The X58 Motherboards You Can Afford

Compared to the ASUS P6X58D Premium that we reviewed before, the ASUS P6X58D-E is almost identical. The board layout for one is exactly the same, with the slightly 'inferior' P6X58D-E lacking some of the features that's on the Premium version. If one were to superimpose the Premium over this board, there are three major differences that's obvious to the naked eye.

However, before we get to the differences, let's recap what you'll find on this and the Premium version, at a glance. Both are using the Intel X58 chipset with ICH10R Southbridge. The newer USB 3.0 and SATA 6Gbps features are courtesy of third-party controllers from NEC and Marvell respectively. Given its enthusiast leanings, both boards have three PCIe 2.0 x16 slots, supporting up to 3-way SLI. Legacy interfaces are mostly removed while there's also no eSATA support. Besides the SATA 6Gbps ports from the Marvell controller, ASUS has not implemented any additional SATA 3Gbps connectors to supplement the standard six from the ICH10R Southbridge.

Moving on to the differences, the Premium comes with two Gigabit Ethernet controllers, while this board only has one. The difference can be seen in the empty PCB space just to the left of the first PCIe 2.0 x16 slot. Then, you will notice that the P6X58D-E has no Reset button, just a single Power button. Apparently, having an onboard Reset button is a 'premium' feature. Finally, we also noticed that the passive heatsinks on the Premium are connected by a heatpipe throughout; for the P6X58D-E, the heatpipe present only links between two heatsinks, not four like on the Premium. One will likely notice slightly higher temperatures on this board as a result. 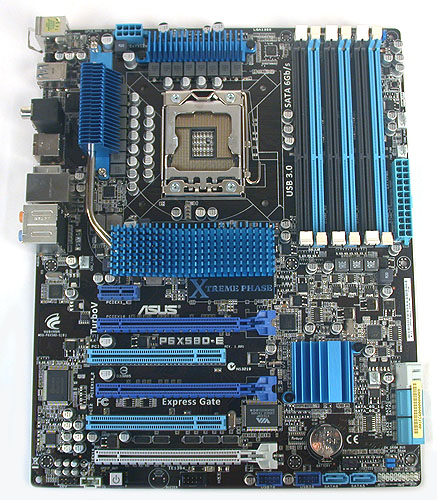 But that's about all the differences that we spotted. Like the Premium, the ASUS P6X58D-E comes with the full complement of the manufacturer's proprietary technologies. Hence, features like MemOK!, Express Gate and TurboV (real-time Windows OC tool) are all present. Since these are pretty well-known by now, we'll not be going into what each feature does.

Just like the Premium, we are more than pleased with the layout. There was really nothing to criticize here and the slightly fewer features only meant more PCB real estate. 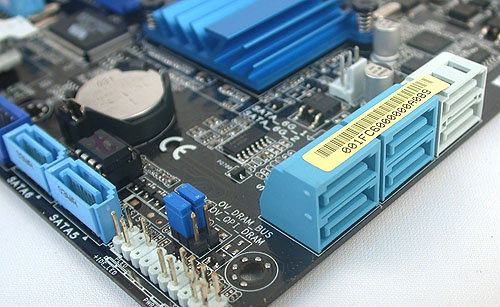 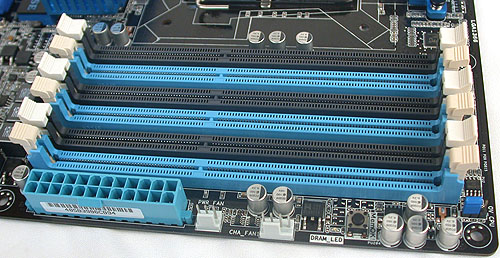 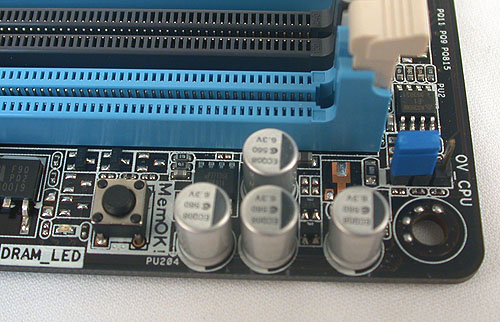 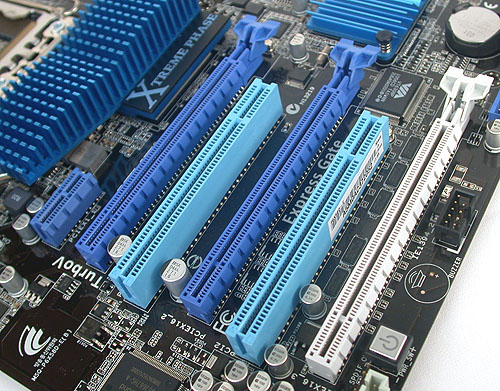 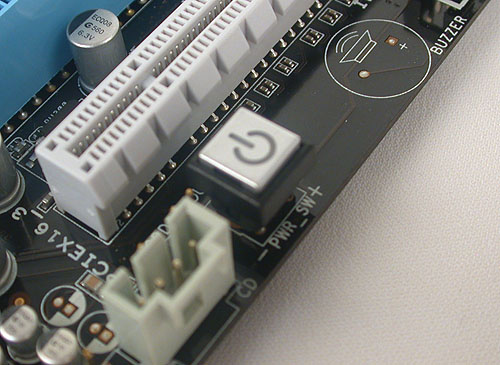 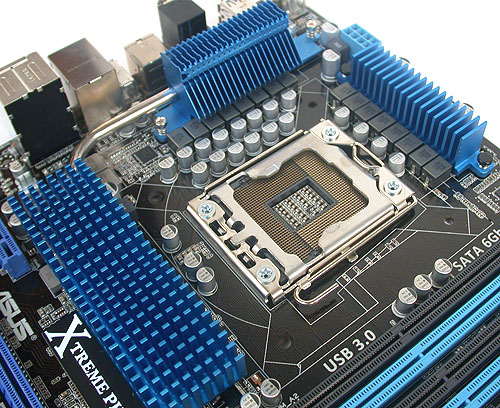