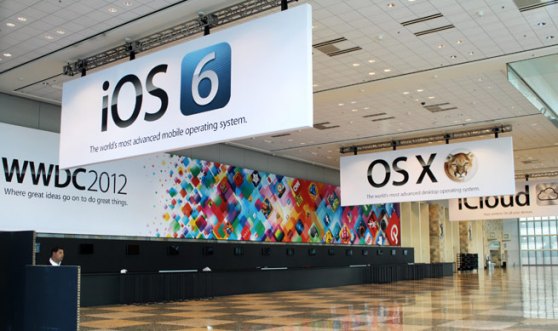 With Apple's WWDC event just hours away, tech pundits and techies alike are surely frazzled with excitement. The keynote address preceding the conference is said, as confirmed by the above snapshot, to feature some pretty major announcements regarding iOS 6, OS X Mountain Lion, and iCloud. Of course, we are hoping the Cupertino company will reveal new devices as well, including the next-gen iPhone, 7.85-inch iPad mini, and Apple HDTV. However, since this is after all a developers conference, perhaps that's asking too much. In any case, these are just part of the speculations circulating on the Internet that the HWZ team has been consolidating. Come June 11th at 10am (PDT) or alternatively, June 12th at 1am (GMT+8), Singapore time, we will know it all.

The latest Apple mobile platform, iOS 6 (codenamed "Sundance"), is slated for an appearance at tomorrow's keynote. What will the upcoming OS be made of? If rumors were to be believed, iOS 6 is said to contain a number of exciting updates, including:

Sadly, owners of the original iPad or third-gen iPod touch might not get to enjoy this; the latest OS will allegedly not support either device. This isn't all that surprising, given Apple's track record of dropping support for older products. If this list stays true, iOS 6 will introduce some major shakeup in how Mac/iOS device owners use their gadgets, given the strengthened integration between Apple's desktop and mobile OSes. Of course, with Facebook (and currently, Twitter) integration baked in, social media is set to chalk up a big chunk of the iOS experience.

Recent rumors seem to point at the next-gen iPhone having a 16:9 style body and 4.07-inch screen, based on video and pictorial leaks of its back plate. Other rumored features we speculate that will make an appearance on the phone, other than a bigger screen, include LTE connectivity, an improved processor, and a HD front-facing camera.

The iPhone is not the only iOS device getting special attention of course - the rumored iPad Mini has gotten quite a fair amount of speculation on its end. There have been many conflicting reports about its form factor with earlier reports pointing to 7.1- and 7.85-inch form factors; according to iMore, the scaled-down 7+-inch tablet, priced between a competitive US$200 and US$250, will feature a display resolution of 2,048 x 1,536 pixels, one that is identical to the panel on Apple’s new iPad.

It would be great to see both devices announced at WWDC alongside iOS 6, but we are not holding our hopes too high for this one. Both devices are said to be launched in September, that is if they actually exist. We don't know if the rumored Apple HDTV is coming out this year, we don't even know if it's coming out at all; but a source claiming to have seen a working prototype of the said television has revived our hope of ever seeing this mythical gadget. The TV, running on iOS, is said to be capable of making FaceTime calls using the built-in iSight camera. Siri, the iPhone 4S's virtual assistant, is said to be present in the HDTV. According to BGR Media, Apple will also be unveiling a SDK (software development kit) at WWDC for the above presumed Apple HDTV display. Allegedly, this TV SDK would enable third-party developers to create apps for upcoming Apple HDTV products.

Retina displays on Mac hardware is a rumor that has been on the Internet for a while. Adding weight to the rumor, Retina Display-ready apps have already started popping up on the Mac App Store. According to The Next Web, specific models that are said to be refreshed include the 15-inch MacBook Pro, the 11- and 13-inch MacBook Air models, and the iMac. These Macs are said to support powerful Ivy Bridge processors which support incredibly high resolution with its integrated Intel HD 4000 graphics. USB 3.0 support is also said to be coming on these new Macs. 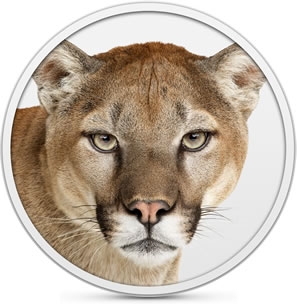 The latest iOS-exclusive feature alleged to make its debut in OS X Mountain Lion is the “Automatic Downloads” feature. For those who are unfamiliar with the iOS operating system, this feature allows you to download an app from the Apple App Store on one OS X machine, and have the same app appear on other OS X devices. At WWDC, Apple is expected to release more information about its latest big cat. So far, Mountain Lion has already seen the inclusion of several key iOS 5-centric features.