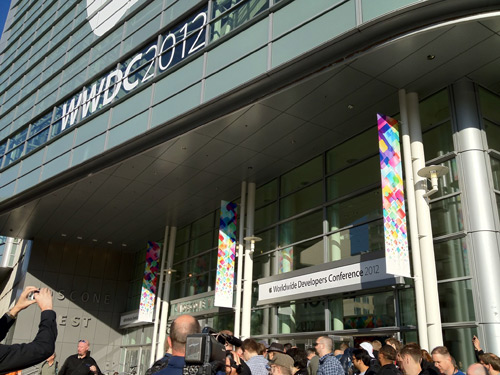 Heck rumors. Yes, the latest Apple mobile platform, iOS 6 (previously codenamed "Sundance") has finally been officially announced. What will the upcoming OS be made of? The announcements today point to fairly accurate rumors (you can read all about it here) with more than, the Cupertino company claims, 200 updates. This is no surprise of course, given Apple's track record of pumping several updates with each year.

The OS update will be available for the iPhone 3GS and later, the 2nd- and 3rd-generation iPad, and the 4th-generation iPod touch in the fall, though according to The Verge, "some features may not be available on all products." It seems like the original iPad and third-gen iPod Touch will not be getting it, as rumors have previously pointed. Nonetheless, good news for anxious app developers: the beta version is available for you guys to download today. Without further ado, here's the lowdown: 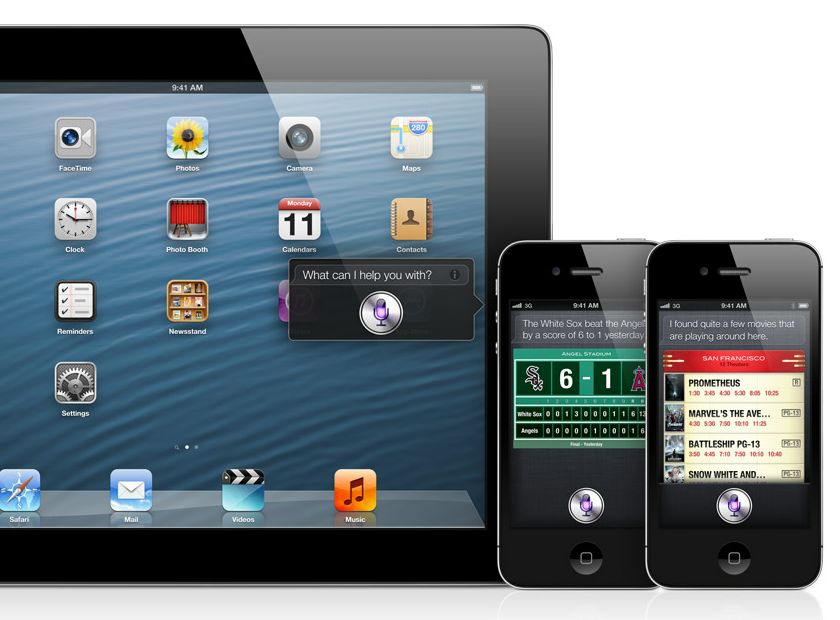 Apple's intelligent voice assistant, Siri, will see an extensive range of new features and enhancements along with the unveiling of iOS 6. Here's the exhaustive list for better viewing: -

That is not all though. Siri can now tweet and is integrated with Facebook. The new Eyes Free function will allow for safer driving as Apple is said to be working closely with car manufacturers to include a button that will bring up Siri, allowing drivers to use it hands-free. Apple has revealed that a number of manufacturers have committed to delivering this in the next 12 months, though no figures or names have been mentioned.

Most importantly, Siri will come to the new iPad, proving another rumor to ring true. 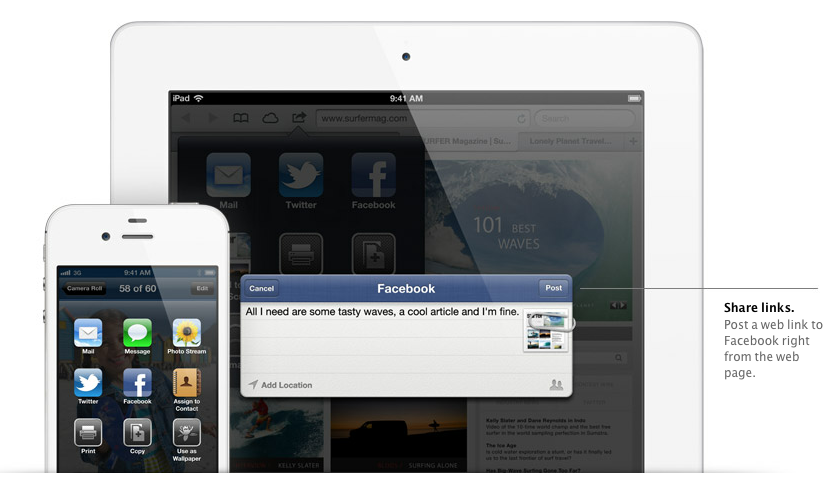 Facebook gets the same treatment that Twitter got in Apple's iOS 5 update. The experience is similar; iOS 6 will feature a system-wide login for Facebook which will allow you to share from apps like Photos and even Safari. This of course means saying good-bye to multiple and annoying Facebook re-logins on different apps. Both social media will be integrated with the Notification Center as well - you no longer have to go into the app to update your statuses; instead you can rely on the "tap to post" function to post straight away.

Facebook events will also appear in Calendars on Mac or your iOS device, alongside birthdays. Last but not least, Facebook will be integrated with the App Store, allowing users to like apps, movies, TV and music as well as see what your friends like; this, we reckon, will supposedly work in tandem with Facebook's newly announced App Center. With Facebook (and currently, Twitter) integration baked in, social media is set to chalk up a big chunk of the iOS experience. 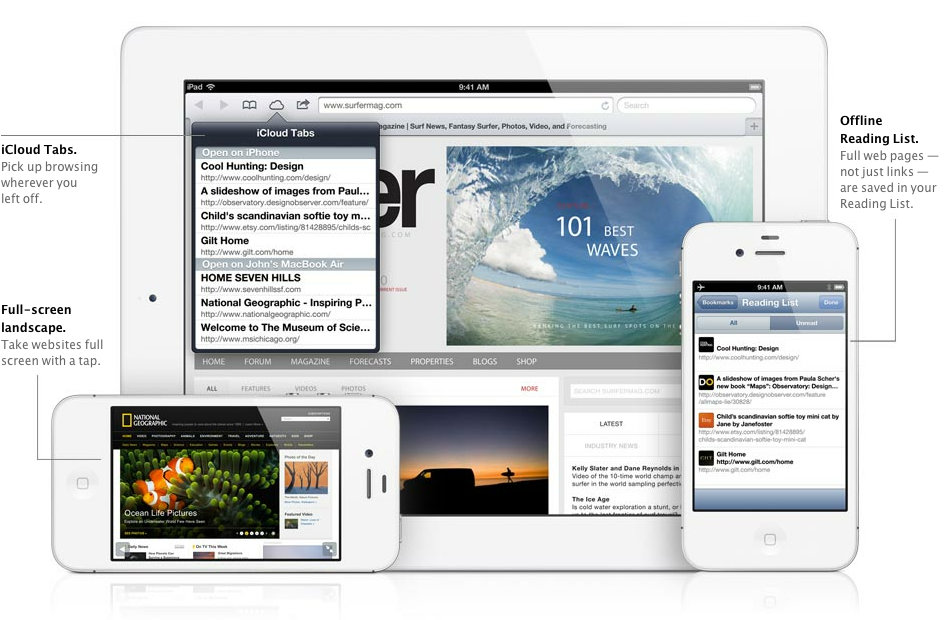 Of course, the mobile browsing experience has been further enhanced on the iOS 6 as well, with Safari receiving a suite of major updates. This include syncing web browsing information across all devices via iCloud tabs and off-line reading list which allows you to download and cache information for times where connectivity is scarce. Most importantly, photo uploading to favorite websites directly from Safari will further integrate the viewing and sharing experience on iOS 6.

The Smart App Banners will also notify you if the website you are browsing has an app. Tapping on the notification enables you to jump straight to the app or download it from the App Store. Once the app is downloaded, Safari pushes the URL to the app to the point where you left off earlier, further making the converged app/surfing experience a seamless one. Last but not least, fullscreen support in landscape mode is available. 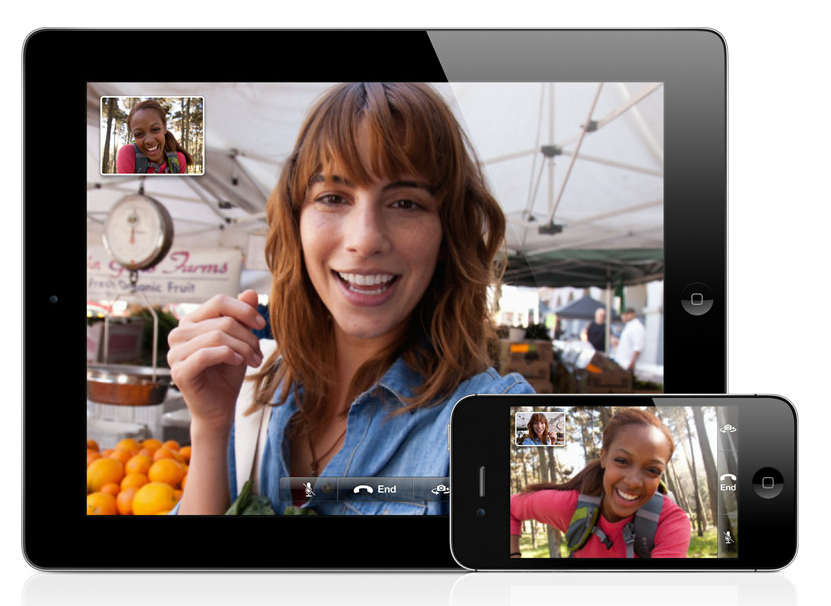 Good news: FaceTime will finally no longer be Wi-Fi exclusive on iOS 6, and will operate over your cellular network too. We are not sure how this will fit right into our diminished data bundles when LTE comes around for all three telcos (1) (2) but at least, Apple is giving us an additional option. More importantly, Apple will be unifying your phone number with your Apple ID, which means you can answer your calls on your iPad or Mac if your iPhone is out of reach. The same applies for iMessage too. Will this cannibalize WhatsApp and other third-party call apps like Skype's market shares and so forth? Most likely, given the high volume of iOS users out there. 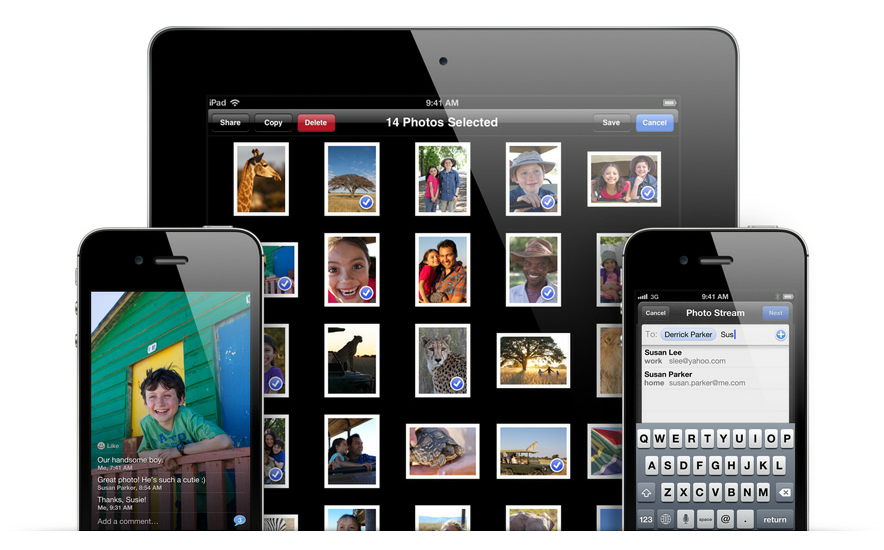 The existing base of 125 million iCloud users is expected to increase as Apple integrates its cloud storage service, iCloud further with its existing portfolio of devices. Signing in to your iCloud on your Mac will allow users to automatically sync content and apps from your iPhone or iPad. Other key improvements include introduction of iCloud Document Library where you can access iCloud documents across your Mac and iOS devices, in-built sharing feature on Document Library includes share sheets for Messages, AirDrop and Mail, as well the ability to view iCloud documents as icons or as an ordered list and to create Document Folders by dragging one document onto another.

Photo Stream gets a major facelift and is no longer just merely a backup and iOS device syncing feature. For the uninitiated, users can currently only store one set of photos in iCloud on iOS 5 via the Photo Stream feature, which is designed mainly to sync them across other Apple devices. In iOS 6, Photo Stream allows users to share multiple sets of photos with users as well as comment on them, album-style. Simply choose photos that you'd like to share, choose your friends, and you're almost there. Friends will then receive a push notification, with photos appearing in an album in the Photos app, allowing users to comment on them. These will also go to iPhoto and Aperture if you have a Mac, allowing users to view them in a web browser as well as on your TV via Apple TV.

This is close to the experience that Facebook and photo-sharing apps like Instagram are providing, and we see it as a bid to compete against the established players, especially if cross-posting is allowed in further updates. 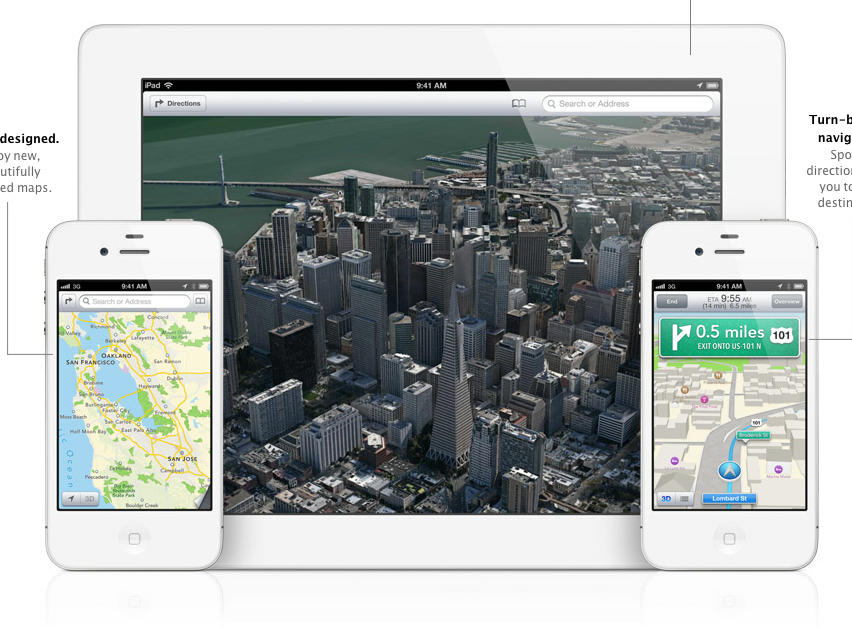 And yes, goodbye Google Maps. Hello, Apple Maps app with a 3D mode called Flyover and a host of other built-in functions. The new Apple Maps app can bring up incident reports to give users a good gauge of traffic situation wherever they are, collected via anonymous real-time crowd sourcing of data via iOS users (similar to Google). Siri integration will allow users to ask locale-related questions on the go, for e.g., gas stations nearby or for an estimated time of arrival. TomTom has signed a global agreement with Apple for maps and related information.

The Flyover mode allows users to view 3D photographic models of cities around the world, while enabling easy switching to and fro either 2D and satellite view modes. And yes, turn-by-turn navigation - this can work straight from the phone's lock screen.

Of course, these updates are just a sampling of what have been announced at today's event. To end off the article, we would like to highlight a few other upgrades in summary, those we find will further enhance productivity on your iOS device. 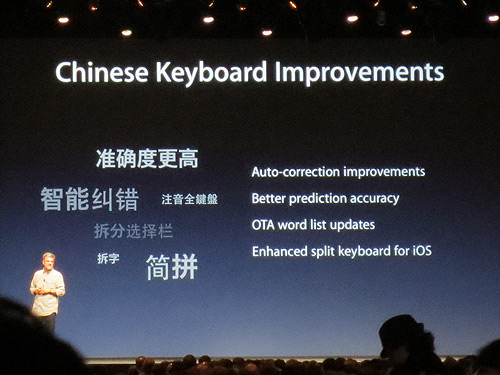 For those who want to know more, head over to check out the Keynote address and Apple website.