Mac OS X Lion: More Like iOS Than Ever Before

Mac OS X Lion: More Like iOS Than Ever Before 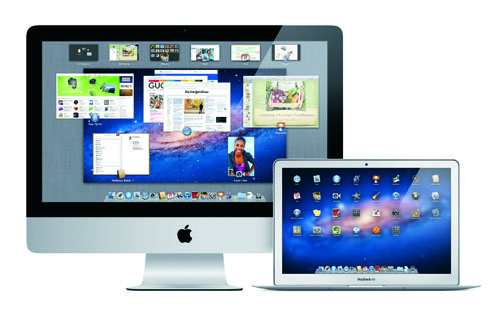 Mac OS X 10.7, or simply 'Lion', will drop in July with over 250 new features. Apple stated in their keynote that it'll only be available from the App Store as an upgrade to Snow Leopard for the low price of US$29.99.

Lion doesn't just look like iOS, it also interacts like iOS, with more gestures built deeply into the system. It's a revealing take on the different approaches Apple and Microsoft have towards the future of tablets and post-PC devices. In its first Windows 8 preview, Microsoft reveals that their new touch interface is a layer on top of traditional Windows, building an integrated, multi-device OS from day one. Apple however, designed a simplified and specific OS for mobile devices, and is making the desktop and mobile device more similar in terms of the user experience while keeping them separate.

Read on for a quick list of our favorite new features, or watch the new feline at work with the official Introducing Mac OS X Lion video:

Mac OS X Lion makes OS X more like iOS than ever before with Multi-Touch gestures. With the built-in trackpad on Mac notebooks or the Magic Mouse and Magic Trackpad, you can now manipulate your Mac more thoroughly with just your fingers.

Click here to see a video demonstrating how gestures now integrate into the OS, letting you do things like swiping to switch between apps.

Mission Control is the new Dashboard, Expose and Spaces rolled into one. Think of it as a quick, bird's eye view of everything on your system, so you can quickly see what's running and go to the app you need.

The row of thumbnails across the top represents Dashboard, desktop spaces, and your full-screen apps. The lower part of the screen acts like Expose, showing you the windows open on your desktop. Mission Control also gives you desktop spaces control. You can add spaces, drag apps or windows to spaces or delete spaces. 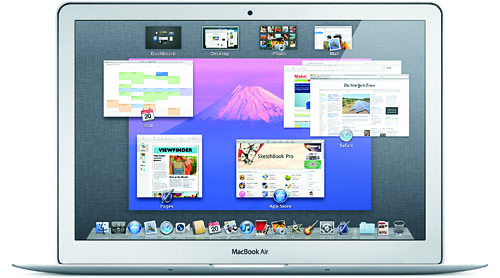 Launchpad brings the look of iOS right to the Mac, being a full-screen apps display which looks just like iOS, right down to app folders. 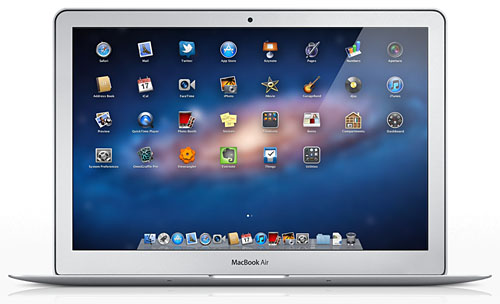 Installing updates and restarting our Macs is a frustrating experience - you have to save all your work and bookmark your browser tabs. With Resume, your apps will now reopen right where you left off. If you don't want that, Lion also has an option for a fresh clean start.

If you've ever lost your work just because you forgot to save, you won't need to worry again with Auto Save. Your Mac will now automatically save your work when you're working. You can revert to previous states, or lock a document to prevent overwriting.

Versions is like Time Machine for your documents. It saves a new version of your document as you open it and every hour while you're working on it. You can also create snapshots of a document manually, and you can even copy and paste between different versions of the document. 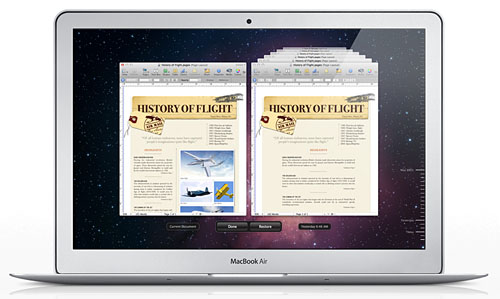 Now you don't have to email, Dropbox or YouSendIt files to another Mac if they're on the same Wi-Fi network. AirDrop us a peer-to-peer service which automatically discovers other Macs nearby also using AirDrop, and lets you drag and drop files in the Finder to share them with other users.

FaceTime will be built into Lion, making video calls to other Macs or FaceTime iOS devices much easier.

Ever had to print and scan just to add a signature into a PDF? With Lion, you can hold your signature up to an iSight or FaceTime camera, and Preview will turn that signature into a digital version you can add to your document.

Apple targets Windows users with the new Windows Migration tool, which migrates all the information from your old PC to a new Mac.

Resize from Any Edge

Finally! OS X takes a page from Windows and lets you now resize your app windows from any side or corner.

To put the price into perspective, Mac OS X 10.5 Leopard sold for US$129 for a single-user license, while Snow Leopard was US$29 for a single-user license. Apple justified Snow Leopard's low cost by labeling it a 'zero new features' refinement upgrade. But Lion, with over 250 new features, is a low US$29.99, and like an app for iOS, you only need to pay for it once for installation across all your authorized Macs.