iCloud: iOS Through the Air

iCloud: iOS Through the Air

Speculation has been rife in the last few months about what Apple was up to with their new massive data center in North Carolina, and the rumored deals with major music labels. Well, wonder no more - Apple has unveiled iCloud, and it's big. 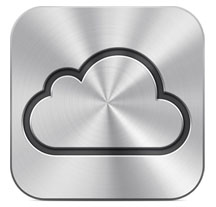 At its heart, iCloud is a storing and pushing service for iOS 5 devices. It stores music, photos, apps, calendars, documents, and more, wirelessly pushing them to your devices. And it's free. iCloud will be coming this fall together with iOS 5, probably during Apple's yearly iPod event around September, and (probably) coinciding with the release of the iPhone 5.

iCloud is a powerful augment to iOS and a powerful statement after the lackluster MobileMe about the future of cloud computing. Here are the highlights of what iCloud is and what it can do.

When you sign up for iCloud, you get 5GB of storage free. But purchased music, apps, and books, as well as your Photo Stream (see below) don't count in storage, only mail, documents, Camera Roll, account information, settings, and other app data.

Your Mac and PC however, don't need to worry about storage space, so as soon as your iOS device is within range of Wi-Fi, your photos are automatically pushed and saved to the Mac or PC's master Photo Stream. We're not sure how this works across devices with different Apple IDs, for example if a family can share a Photo Stream together.

We also wonder about the possible privacy issues. A Mac might serve as a master Photo Stream library, but what if each family member has his and her own iPhone but they all use a shared Mac? Will Photo Stream serve up everyone's private photos by default? We'll have to wait a few more months for the answer.

If you own more than one iOS device, you know what a pain it can be to sync newly purchased apps. With iCloud, you can now purchase an app and push it to all your iOS devices. Hopefully, this means that apps can now sync saved data and states across different iOS devices, so you won't have to restart a game all over just because you're using it on a different iOS device. 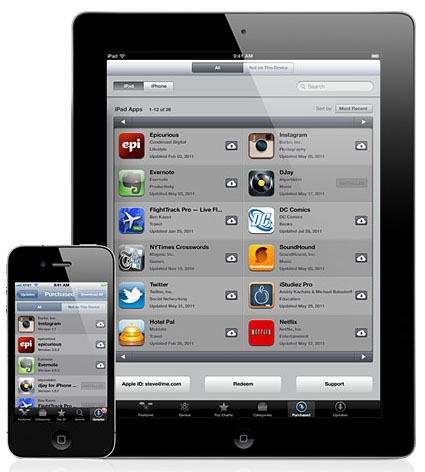 If you use iWorks, Apple's version of Microsoft Office, you can save your documents to iCloud and access them from your iOS device. iCloud automatically saves your changes, so you'll always be able to work on the latest version of your work, no matter which device you switch to.

iCloud also acts as an iOS backup service, backing your devices up daily over Wi-Fi. Like Time Machine for Mac OS X, iCloud backs up what's changed and not the entire system every time, making backups quicker. This is a convenient way to safeguard your data, especially for users who don't connect their iOS devices to iTunes regularly for backups. Backups are encrypted as they're sent over the air, which should allay concerns about data privacy.

Add or edit a contact, and it's automatically pushed to all your other iOS devices. Every iCloud user gets a free me.com email address, and iCloud pushes new email to all your devices and keeps folders in sync. The Calendar app can now sync across multiple iOS devices. iCloud with Contacts, Mail & Calendar is a serious contender to Google, which lets you sync your data across multiple devices with services like Google Contacts and Google Calendar. iTunes in the Cloud

Of less relevance to Singapore users since we still don't have the iTunes music store, even eight years after its launch in the US, iTunes in the Cloud pushes the music you purchase in iTunes to all your devices. You can also download tunes you've already purchased to any device you want. iTunes in the Cloud is available today in the US.

Something else that probably isn't coming here is iTunes Match, an interesting service which stores your entire music collection, even songs you didn't buy from iTunes, if they're available in the iTunes music store. You won't even have to upload them, they'll automatically be added to your iCloud library - at 256-Kbps iTunes Plus quality, even if your previous file was lower quality. If you want your iCloud library to have the songs iTunes couldn't match, simply upload them. All for a yearly fee of US$24.99, with a limit of up to 25,000 songs.

Apple's first foray into the cloud is no more. MobileMe - which suffered from buggy performance - is no longer accepting new subscribers, but existing users can still access their accounts until June 30th, 2012. According to Fortune magazine, Steve Jobs was so furious at MobileMe's poor performance that he called a townhall meeting for the team and chewed them out, telling them "You should hate each other for having let each other down." He then named a new executive to take over the MobileMe service.