Five Features to Look Out for in Apple iOS 5

Steve Jobs kicked off Apple's WWDC (Worldwide Developer Conference) 2011 by saying that "if the hardware is the brain and the sinew of the product, the software in the middle is the soul." This year's WWDC, unlike the last four which featured news about a new iPhone, was all about the OS (operating system); iOS on the iPhone, iPod touch and iPad, OS X Lion for the Mac, and a brand new service called iCloud. Here are the highlights.

Apple iOS 5 is touted to have 200 new features that'll be made available in this new build. During WWDC 2011, Apple showcased ten of these features, but amongst these, we've handpicked a few that would create an impact in how you'll interact with your iOS devices in the near future. You can also check out a video summary done by Apple that highlights these features in iOS 5.

Notification pop-ups have never sat too well with consumers, and with the various iterations come and gone, Apple hasn't managed to address that issue, until now. Taking a cue from Google Android and its pull-down notification system, iOS 5 will introduce a similar feature, dubbed as Notification Center. Missed calls, incoming messages and emails, plus alerts from apps will pop-up at the top of the screen, akin to how Microsoft's Windows Phone 7 handles its notifications. In essence, the Notification Center feature is a marriage between what Android and Windows Phone 7 have gotten right for their platforms 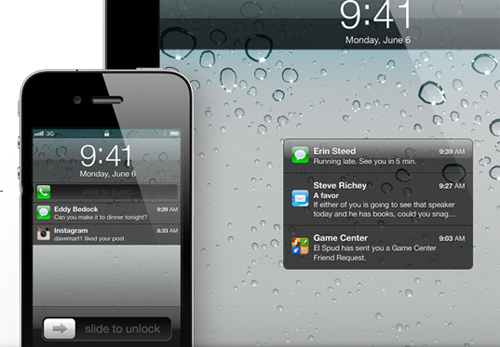 Of course, Apple did spruce up the design elements of its Notification Center. Instead of a touch and go method, iOS 5 uses a slider method much like its lock screen to activate the app that appears in the notification. As such, it's basically a slide down, and slide right sequence to go to the specific app that appears in the Notification Center. And one more thing, you can access your notifications even when the screen is locked, making it an immediate access to the things that really matter.

What's our verdict on Notification Center? It's about time, and it's done right with some pointers from Google and Microsoft. 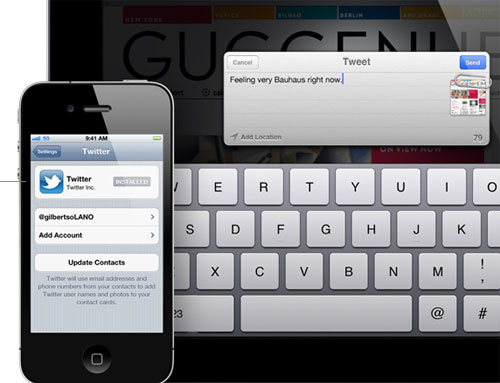 Twitter integration has become a common feature found in recent smartphone iterations, in particular the Microsoft Windows Phone 7 Mango update. So it's of no surprise to see Apple jumping onto the bandwagon and introducing Twitter integration into its Contacts function, allowing you to tweet to your friends straight from your phone book. What got us pretty psyched is the fact that you can send tweets within apps. Developers will get new APIs to work with that specifically allows their own apps to take advantage of the Twitter integration to share content. For now, Apple has shown how you can tweet content from its Photo, Camera, Safari, YouTube and Maps apps.

How do we feel about this new Twitter integration? It's not game changing, that's for sure. But we love the added communication channel and sharing options that come with it. 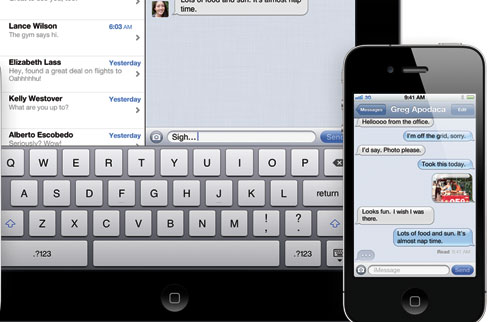 Before we touch upon iMessage, there's a need to put things into perspective. It's not a BlackBerry Messenger killer. It works on two different platforms, so there's no real comparison there. iMessage is a definite advantage for fellow iOS users who wish to communicate through a data channel. And that's the one and only limitation – it won't be as effective as Whatsapp, which covers a much wider platform range, including Android, Symbian and BlackBerry.

iMessage does present a unified experience across the various iOS devices, be it an iPhone, iPad or iPod touch. Text messages, photos, videos and even contacts can be sent through iMessages, and more importantly, it's pushed to all your iOS devices automatically. Like most instant messaging services, incoming messages are also given real-time updates, with an indication that someone is replying to you on iMessage. Since iMessage works through data instead of the usual cellular networks, data encryption is crucial and integrated into this particular feature. And unlike Facetime, iMessage will work on both Wi-Fi and 3G networks.

iMessage will definitely be well-received by iOS users across the world. But the truth of the matter is, you will have to fall back on traditional communication methods to reach out to those who aren't in the iOS circle.

Apple's iPhone 4 is gearing up to be the most popular camera used on Flickr. So it makes perfect sense for the company to enhance its Camera feature. The iOS 5 lock screen will sport a camera shortcut, which means instant access to the camera. On hindsight, we've seen something similar with Windows Phone 7's instant camera activation when the shutter button is pressed and held.

But think about this - would you prefer to have the phone's camera activated because of an accidental press of the physical button, or rely on a shortcut on a capacitive touch screen that can only work with your fingers? For us, we'd prefer the latter. On a similar note, iOS 5 users can also use the volume button as the shutter button. But if you wish to stick to the touch screen method, new features such as touch to focus and exposure lock will be included in the update 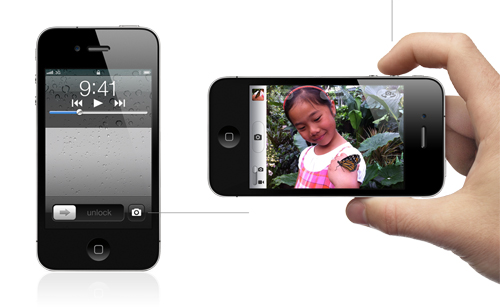 On the photo editing front, Apple has given camera app developers something to worry about. Cropping, rotating, red-eye reduction and image enhancements have been integrated into the Camera and Photo apps. In doing so, developers will find it tough to match up to Apple's out-of-the-box experience with its iOS 5 update. However, from the consumer's perspective, the new features on the Camera and Photo apps are a great addition to Apple's imaging features. 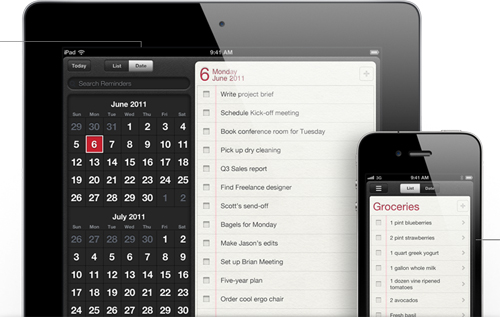 We have to tip our hats to the Reminders app. Tasks or to-do list apps aren't usually preloaded onto the vanilla firmware of the current mainstream mobile OS. As such, the added option will be an advantage Apple gains over its direct competitors. This new feature on iOS 5 is not just a simple to-do list. Reminders is designed to provide alerts based on priorities, due dates and most interestingly, location. That last point got us quite intrigued, given how alerts will pop up based on your current location. As to how accurate its location-triggered alerts will be, that's something we'll only know when the iOS 5 update is pushed to compatible devices in the latter part of the year. 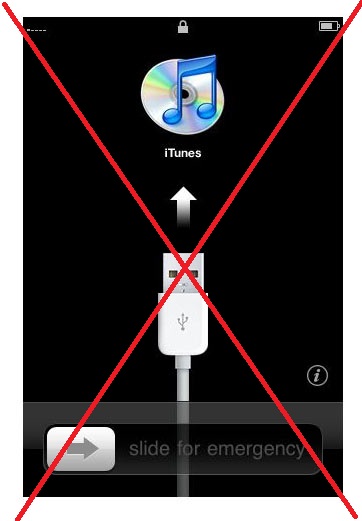 And that is where the real draw for iOS 5's PC Free feature comes from - Wi-Fi syncing. From the very start, you can synchronize your iOS device to your Mac or PC through your Wi-Fi network, transferring content and purchased apps over-the-air between your devices with ease. We see two distinct advantages for this wireless syncing process:

1. No wire clutter and absence of swapping USB cables, and you can transfer your data with immediacy.

2. Your USB cable will now stay plugged into your charger. So if your iPhone or iPad needs a recharge, it takes less time to get it up and running at full capacity with a charger instead of a USB port. And, once you plug the iOS device into a charger, the Wi-Fi Sync will automatically activate and sync content.

In line with its wireless concept, Apple has also announced that iOS 5 devices will receive software updates over-the-air. The real relief comes from the fact that update files will no longer be as massive as it used to be. Instead, Apple opts for delta updates, which only pushes changed files onto your iOS 5 device to perform the necessary updates. As such, you can expect much smaller file sizes in the two digit MB range, instead of it running into a few hundred megabytes.

Undoubtedly, cutting the wires and turning iOS 5 into a PC Free experience works very well for us, and this gets a huge thumbs up.