Life after death: Interviewing the creators of World of Warcraft: Shadowlands

Balancing the Covenants and talking about Sylvanas

Making sure each Covenant felt interesting and impactful to gameplay without having any one of them be the ‘best’ choice must’ve been a difficult task. How did you go about striking that balance?

Morgan Day: We really looked at the Covenant system as an opportunity for players to feel invested in the characters and places that they meet throughout Shadowlands. Once you hit max level, you even get to pledge yourself to one of those covenants. Each Covenant offers the players certain abilities once they’re pledged to them, so we felt like we had enough knobs to fiddle with there - to make sure each Covenant had clear strengths and weaknesses.

The goal isn’t for there to be, say, a ‘best’ Covenant choice for Paladins. It really should feel like a choice between what activities you’re excited about, and what things you really want to engage in. With the classes, it’s almost like an opportunity to explore what a subclass might mean for World of Warcraft. Can we make a Kyrian Paladin feel substantially different from a Venthyr Paladin? That’s been really challenging, but also really exciting to explore within the Shadowlands.

Looking at Shadowlands’ cinematic reveal and the current lore, it looks like Sylvanas’ image has become quite negative lately. The classic character has a lot of fans, who hope that the development team treats her better in the future. Do you have anything you’d like to share with them about her?

John Hight: Well, we’ve certainly tried to create a lot of mystery around Sylvanas. She did some things in Battle for Azeroth that really made folks upset, and that's by design. We wanted to have some controversy, and we wanted people to misunderstand her motivations. As we enter the Shadowlands, we’ll get to discover what that was all about. We’ll learn about her connection to the Jailer and how the machinery of the Shadowlands is broken, and how all of that ties together. As we strive to fix the Shadowlands, we’ll finally understand why she did what she did. I’ll leave it to you to be the judges of whether her ultimate motivations were good, evil or plainly in the best interests of Azeroth. 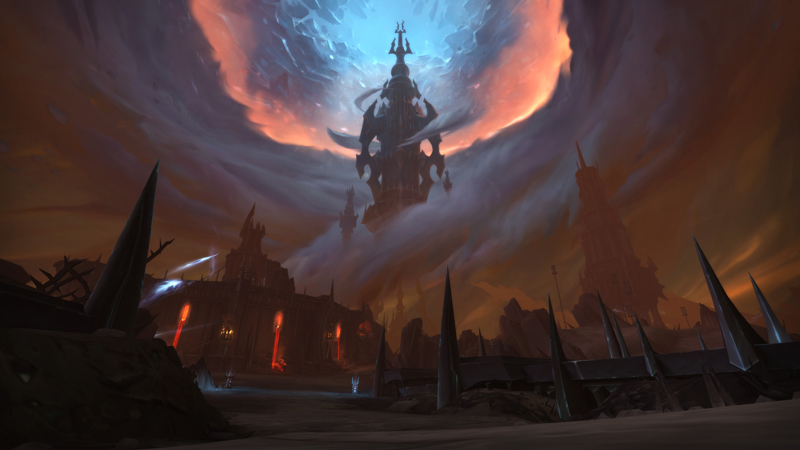 Will the story go differently for players who chose to stand beside Sylvanas in Battle for Azeroth?

The introduction of the Shadowlands makes it possible for players to revisit past characters in Warcraft lore who might otherwise be long dead. Is there a possibility that we'll see a couple of old favourites again?

Morgan Day: This is both one of the most exciting and dangerous parts of developing Shadowlands. There are a lot of really awesome stories found in World of Warcraft with really satisfying endings, and it might be tempting to pick up some of those characters' threads again - but often, it’s best to just say, “Hey, that was a complete story. Let’s leave that one be.”

That being said, there are a lot of really exciting characters that you’ll get to meet again in the Shadowlands. For instance, while questing through Bastion you might learn that Uther is there as well, and you’ll get to see what happened to him.

John Hight: And there’s at least one famous character that you cried about, when they died, and hopefully you're going to cry again when you see what happens with them in Ardenweald and with the Night Fae.

That seems like a pretty tantalising place to end on! Who could that character be? Place your bets now, and find out when World of Warcraft: Shadowlands goes live on November 23, 2020.