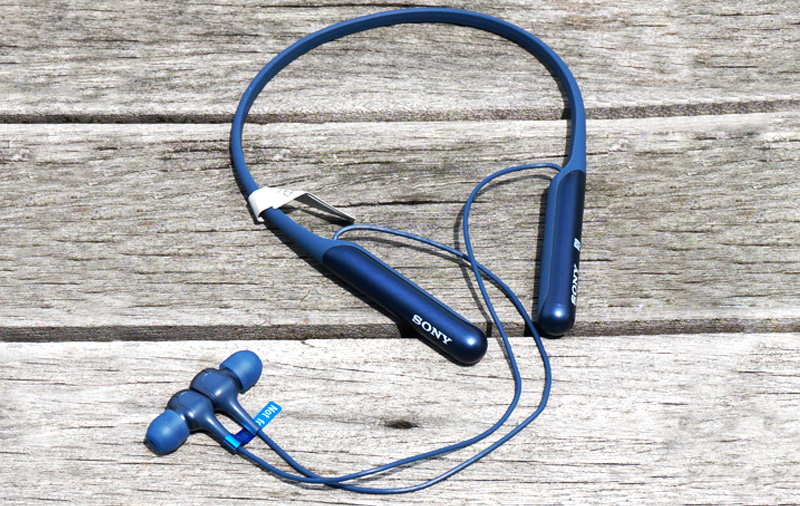 Finally, we have the WI-C600N, which has the most futuristic look of the three. Like the BackBeat Go 410, this also has active noise canceling (ANC) capability. However, you can only adjust the level of noise-canceling via Sony's app on your phone by choosing one of two Ambient Sound modes. Ambient Sound Normal lets in more sound like traffic noise, while Ambient Sound Voice reduces ambient sound, but still letting you hear important announcements.

The WI-C600N differs from the others in terms of design because the headphones don’t end in the earbuds. Rather, the earbuds extend out from the rounded ends of the neckband. The rounded ends also hold the playback controls, so there’s nothing on the cables going to the earbuds. We found that this design wasn’t the most convenient to use, as the controls rest on what is essentially a blind spot when you're wearing them. This means you literally have to look down each time you want to activate something or yank it out enough to glance at what you should be activating – not the best way to enjoy your music when timing matters. 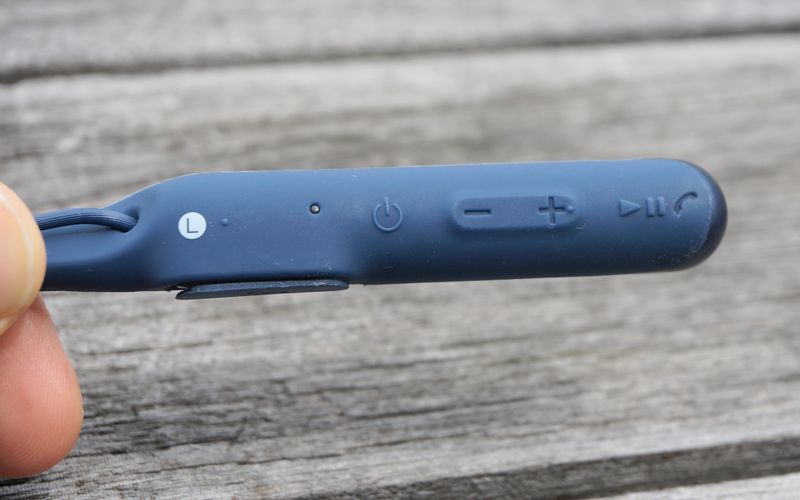 The headphones use Bluetooth 4.2 with support for SBC, AAC and aptX codecs for better streaming. They also come with Sony’s Digital Sound Enhancement Engine that’s meant to boost the quality of your compressed files, so even lower fidelity audio streaming sound better.

Like the BackBeat Go 410, the WI-C600N has a quick charge feature. This gives you 60 minutes of playback time from 15 minutes of charge. However, the WI-C600N’s battery only gives 6.5 hours of battery life – the shortest of the group.  The earbuds also have magnets in them, so they snap together neatly to help you avoid tangles.

If you like using voice assistants, you’ll probably like that the WI-C600N lets you assign the noise canceling button to call up Google Assistant directly. It’s also the only headphones of the three that has NFC for one-touch pairing.

We started testing the Sony WI-C600N again with The Eagles’ Hotel California for consistency, and found that this pair of neckband headphones deliver very sweet mids and lower treble. Given how guitar work is prominently featured in this piece, that translates to an enjoyable listen on this headset pair. However, one negative was that the crowd sounded distant as the soundstage was presented slightly larger than accurate.

Moving on to the faster moving 24K Magic by Bruno Mars, we thought the headphones did a good job of delivering separation between Mars’ lead vocals from his backup singers and the backing instruments. There’s good energy to this piece, though we did feel that the Bass was a little too dry.

Ending off with a rock piece in Sweet Child O’ Mine by Guns N Roses, we thought the headphones did well to render the piece with enough separation between Axel Rose’s vocals and Slash’s guitar work so you could enjoy each in its own right. The drums here have good energy too, and the buildup before the main solo is suitably epic.