In our previous feature, we covered the top performance enhancements made to the Release Preview of Windows 8. This time round, we’re following up with three key tools that have been thoroughly revamped and will be most essential for regular Windows users, as well as power users alike.

Keeping with the natural user interface of the Windows 8 Metro UI, Microsoft has reworked the Task Manager to give it simplified and straightforward view. After all, if you look at how tablets and smartphones handle concurrent app management, most of us can live by just a list of active applications and that’s exactly what you get on Windows 8 too. If you haven’t heard yet, even the system boot experience and error messages are handled a lot friendlier. 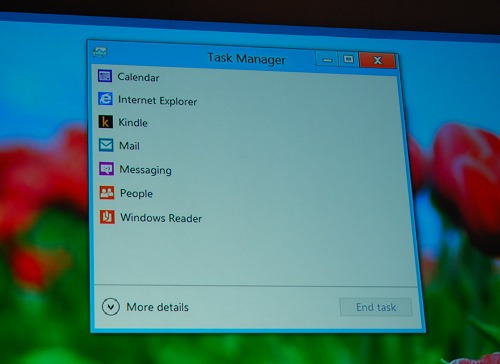 Power users can easily switch to an advanced view to get more details that are much better presented than in previous OS releases. In fact, information that used to be spread across several tabs, you now get a consolidated view of applications running, their status, and their usage of CPU, memory, storage and network resources at any instance. Plus, it’s presented with a ‘heat map’ effect style, which easily singles out areas needing attention. 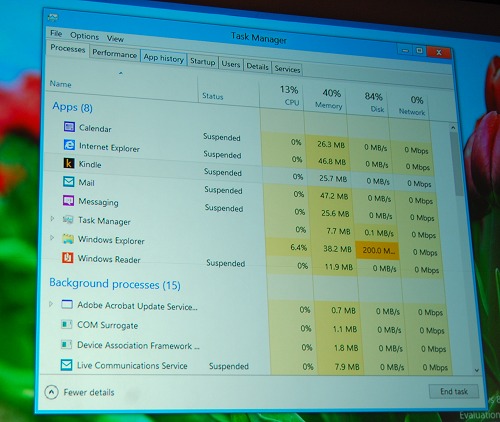 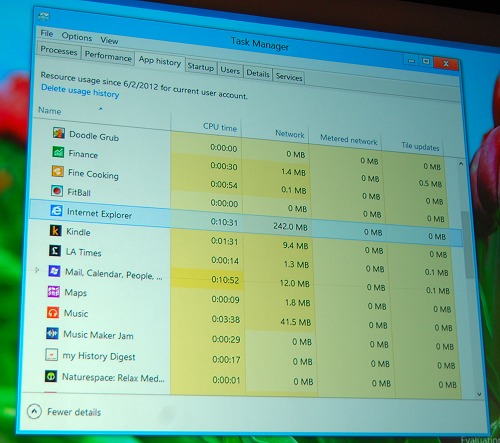 A Note on Suspended State

Now if you noticed the status column, you would notice that the “suspended” state is something new to this OS. Further discussion with Chris Mayo, Senior Technical Evangelist at Microsoft, brought out that Windows 8 has clever memory management to bring out the best user experience possible. For example, when an application isn’t active and it’s not in the foreground, the OS kicks down its priority of service, saves state to memory and is given the “suspended” state. However, if you invoke it back to the foreground, it will resume usability as if it was in active usage.

When there are a lot of open applications and memory resources are low, Windows 8 will save the state of unused application(s) to disk and terminate them to free up memory. ‘Reviving’ it could take a tad longer, but that depends on your storage drive’s performance. This is a little different from borrowing virtual memory from the disk and treating it as part of active memory. Given the speed at which tech progresses, the large caches on the processor and the use of solid state memory for storage, we think the change in operation has no cause for concern and shouldn’t affect overall usage experience; in fact, it could be more efficient We can’t be sure of the impact on very old hardware, but if it’s five years or older, it’s probably time for a whole system refresh. Not that Windows 8 will have any issues with old hardware, but as with everything, there are boundaries of acceptability and you can’t expect state of the art performance or responsiveness from such old systems.

However, Chris highlighted that this new suspended state applies only for the Metro-styled applications in the new OS and does not extend to legacy applications.