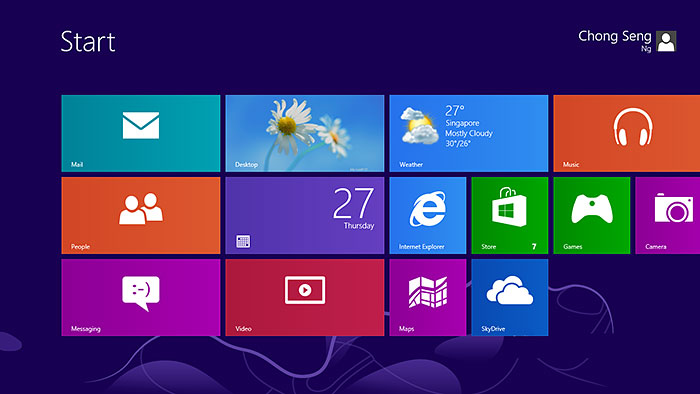 Windows 8: One OS to Rule Them All

Microsoft’s latest and eagerly-anticipated Windows 8 operating system (OS) is scheduled to be released to the general public on October 26. Before it does, here’s what you need to know about what is undoubtedly Microsoft’s most radical operating system yet.

Now, Windows is by far is the world’s most widely used operating system. The last iteration of Windows - Windows 7 - was reported to have sold over 600 million copies. Combined, the last three versions of Windows - Windows 7, Windows Vista, and Windows XP - have sold billions, and together, they made up roughly 67% of all operating systems (including mobile OSes) being used in the world.

You’d think that Microsoft has struck some kind of a winning formula, and that it would be unthinkable for them to rock the boat, and make radical changes to their new OS. Well, you couldn’t be more wrong. Because Windows 8 is the most radical update to the Windows OS family Microsoft has ever put out.

Born in the 'post-PC era' where there’s an increasing emphasis on touch, mobile and cloud computing, many aspects of Windows 8 have been designed from the ground up to meet these new challenges and requirements. Of course, under the hood, Windows 8 is built on the foundation of Windows 7 (the subtext here is that desktop apps that run on Windows 7 will continue to run on Windows 8), but it has been improved on all fronts. You got a new user interface replete with touch gestures, much improved cloud-connected services, a renewed focus on apps, a slew of new security features, and a whole lot more.

But it gets better. Windows 8 is designed to work swimmingly not just on desktop PCs, but on laptops and tablets as well. And regardless of the screen size, the Modern-style interface will scale accordingly to give you a consistent experience.

Before we go through what you can expect from Windows 8, let’s first talk about the basics such as system requirements.

Windows 8 is designed to be light on the foot and it is not surprising to see that it has rather modest system requirements. In fact, Microsoft says that Windows 8 will work great on the same hardware that powers Windows 7. But what exactly does that mean? At a minimum, these are what you need:

Based at these requirements, it looks like Windows 8 will run on many old systems, which is good news for those who aren’t looking to upgrade or change their hardware in the near future. In fact, the requirements aren't that much different from those of Windows 7 and Windows Vista. Three years ago, we tried running Windows 7 on an early Pentium 4 machine, and it performed beyond our expectations. We believe there's a good chance that Windows 8 will work just fine on it this time round too - that is, if we can find it in our storage room. In any case, many of the Microsoft Windows OS project managers have mentioned several times that Windows 8 doesn't require any better minimum system requirements than Windows 7. The slowest system we've tried to-date is an old Pentium Dual-Core E2160 based system with 4GB of memory and it was snappy enough for most casual usage needs.

Obviously, a faster CPU will make for a snappier Windows 8 experience, and if you're shopping for a new PC today, chances are, you'd be getting one running an Intel third generation Core processor, codenamed 'Ivy Bridge'. To learn more about it, check out our Intel Ivy Bridge Tech Guide. The other platform you might be considering is AMD's new desktop Trinity APU, but local market availability is only estimated to be in November. Secondly, drawing from our past experiences with Windows, if there’s only one upgrade you can afford, it has to be either the RAM or an SSD (depending on your needs).