Remember earlier we talked about how to go about switching between opened apps, and to see a list of previously used apps? Well, if you just want to keep two apps on the screen at the same time, a better way is to use a new feature called 'snap multi-tasking', which allows you to dock an app in a small stripe on the left or right hand side of the screen.

To enable snap multi-tasking, simply swipe an app in from the left edge, and instead of letting go, move it back toward the left (or, drag it further toward the right). Of course, this is assuming the app that you're swiping in from the left (that is, your last used app) is the app you want to multi-task with. If it isn't, then you've to first bring up the previously used apps list, and drag in the correct app from the list.

After doing that, you'll notice that the main app will now make room for a stripe that appears on the side; this stripe is where you dock the secondary app in. To switch the sizes of the apps, just drag (or double-click on) the resize handle. 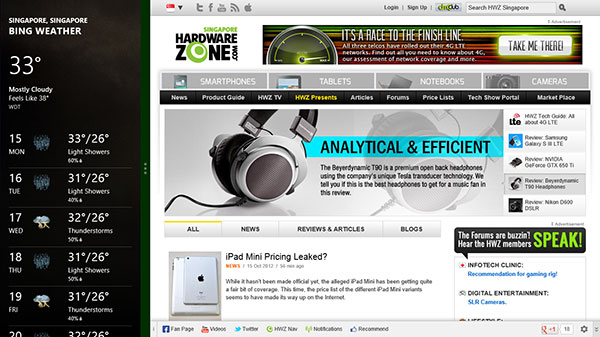 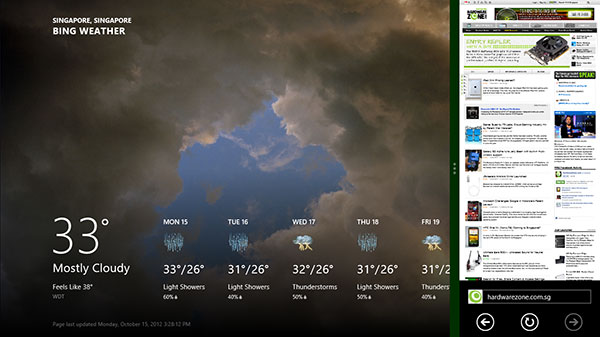 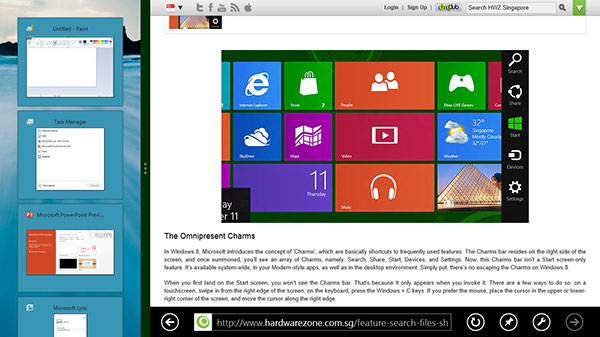 Having detailed the usability of snap multi-tasking, it still has some limitations. The most obvious one is that you can't have two equally sized apps. In fact, there are only two sizes. Also, you can only 'snap' two apps. There's no way to bring in a third app, regardless of how big your screen is. Still, this is by far the best way to multi-task with a Modern-style app and the desktop, especially on a tablet-like form factor. Obviously, this wasn't designed for desktops with 24-inch and larger screens where more possibilities are abound. If Microsoft is reading our thoughts, yes, we're expecting enhancements to snap multi-tasking in the very near future and we hope we won't be disappointed as it has great potential. Meanwhile, the good old Aero Snap is still available on the desktop interface:- 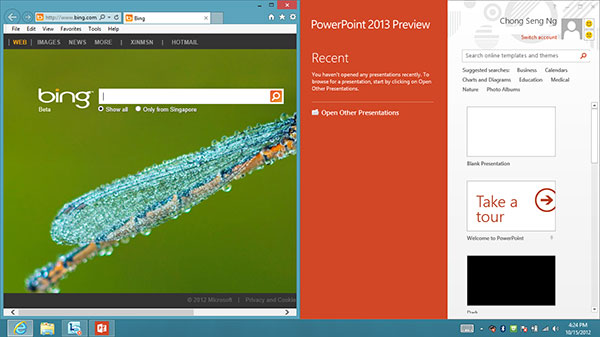 Of course, all the swiping, tapping, dragging, and pinching contribute to a more intuitive interaction between the user and the device, but what about typing? Thankfully, Microsoft has built in a good selection of virtual keyboards in Windows 8 to aid the tablet devices and touch screen devices (like desktop all-in-one machines) it will power. There's a full-size keyboard, a thumb keyboard that splits the keys on either side of the screen, as well as a handwriting panel. 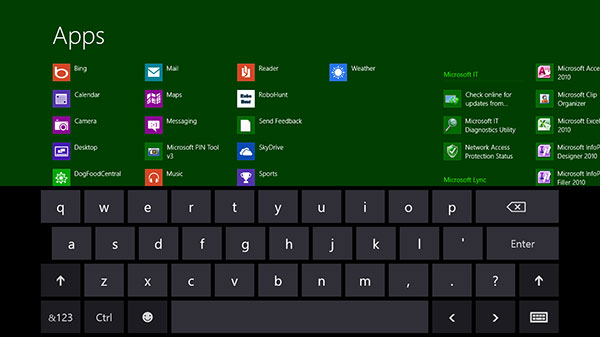 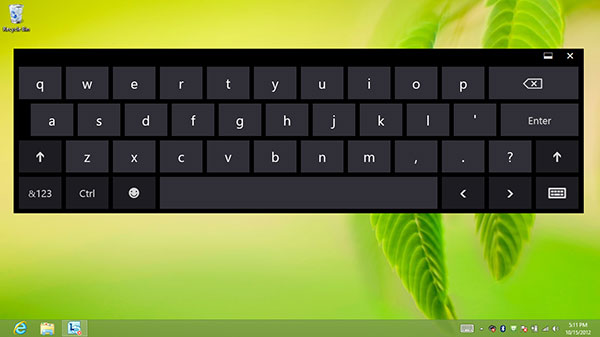 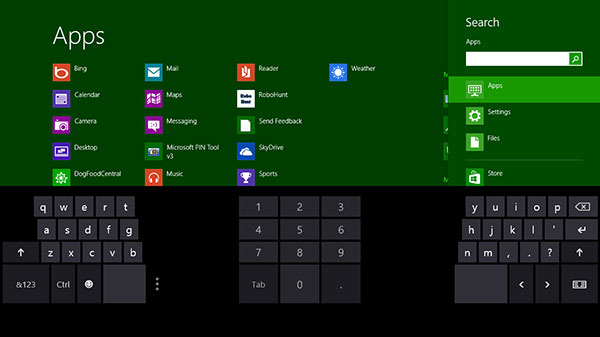 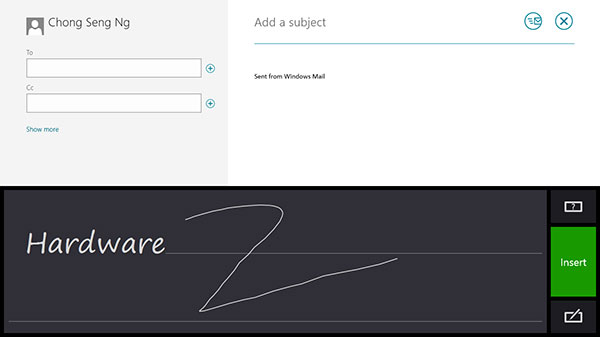 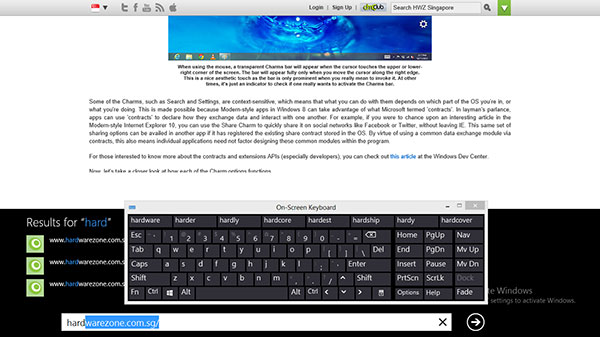