Windows 8: Built-in Apps & the Power of the Cloud Believe it or not, despite the apparent successes of the Hotmail web email service (350 million active users, 105 petabytes of storage), Messenger instant messaging (IM) service (300 million active users), and SkyDrive file hosting service (130 million users), Microsoft feels that its cloud services still fall short of providing users a truly connected experience. Chris Jones, VP of the Windows Live group, said it best when he reasoned that's because in the past "Windows Live services and apps were built on versions of Windows that were simply not designed to be connected to a cloud service for anything other than updates, and as a result, they felt “bolted on” to the experience."

With Windows 8, the Windows team took on the monumental task to revamp Windows Live. The goal is make services and software a seamless part of the Windows experience, accessible in both desktop and Modern-style apps, web browsers, and on mobile devices. 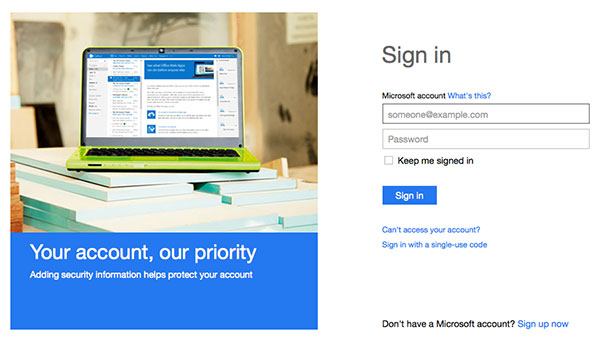 Of course, the cloud enables way more than the mere syncing of device personalization settings. When you sign up for a Microsoft account, you're automatically provisioned with a set of Microsoft cloud services, including an inbox, IM, a calendar, contact list, and 7GB worth of SkyDrive cloud storage. And there's a corresponding Modern-style app for each of them in Windows 8, namely, Mail, Messaging, Calendar, People, and SkyDrive. In fact, when you sign in to your Windows 8 PC using your Microsoft account, you'll also be signed in automatically to these services. But what if you were to sign in using a local account? Well, you'd still need a Microsoft account to use the various cloud-connected, Modern-style apps.

In addition, these cloud services are shared between Microsoft products and services. For example, if you add an appointment into the Calendar app in Windows 8, it'll also show up in the Calendar app on your Windows Phone. Your contact list is also shared across devices (Windows 8 PCs, Windows Phones) and services (Outlook.com, Messenger, SkyDrive). Your shared photo albums also appear in SkyDrive, as well as in the Photos app. Now, don't be mistaken: it's okay too if you aren't a user of other Microsoft products. Because the cloud services have their own web component, you can still get to your content on other manufacturers' devices, usually via an app or through the Internet browser.

Without a doubt, Windows 8 is the most cloud-centric OS Microsoft has ever put out. And Microsoft's proposition is a compelling one: when your apps, games, music, photos, files, and settings are also stored in the cloud, you can access them from virtually anywhere.

So without further ado, let us take a look at some of these built-in, cloud-connected apps.