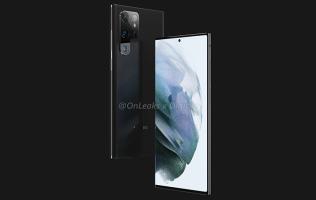 Apple iPhone 14 rumoured to have a "complete redesign"
Shootouts 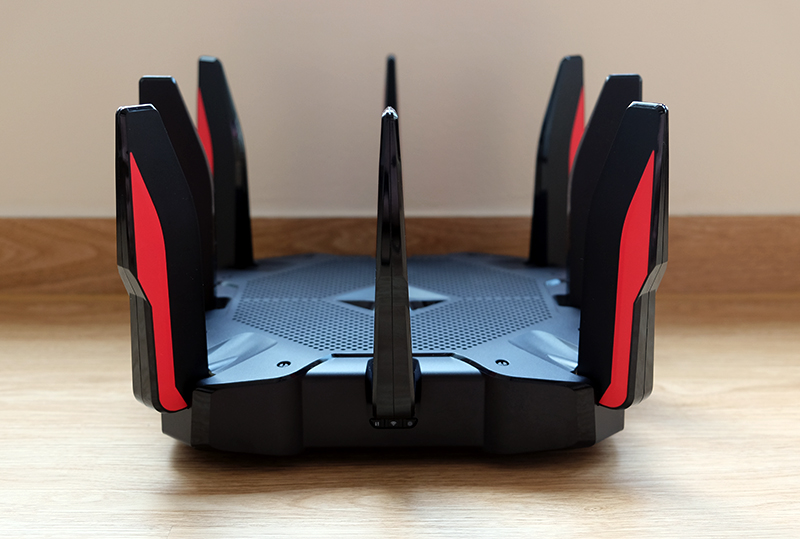 The Archer AX11000 is TP-Link’s current flagship router and only the second router in their nascent lineup of gaming routers. It’s also the most garish looking of the trio. As if 8 external antennae weren’t enough, the antennae themselves are somewhat bulbous and have bright red accents. To my eyes, it looks as if unspeakable things have sprouted out of the router. Of course, the argument could be made that this is a gaming router and therefore it must look as such, but insofar as looks are concerned, I think it’s safe to say that ASUS did a far better job at nailing the “gamer” look than TP-Link. 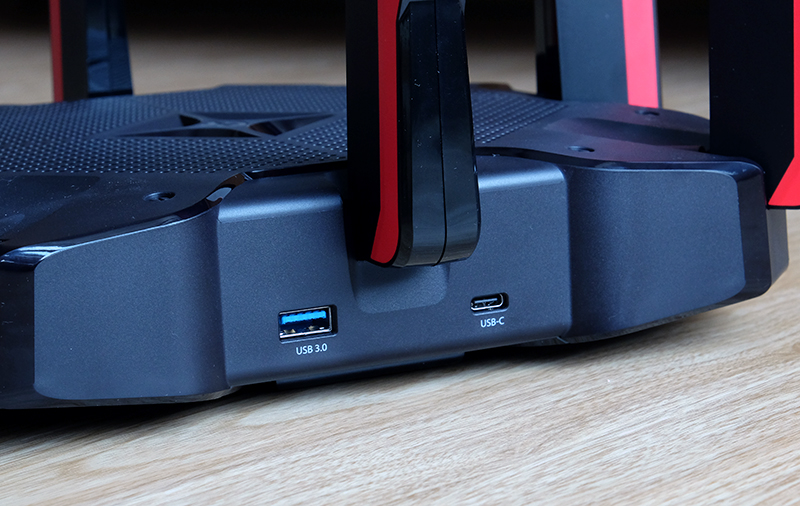 Fortunately, the Archer AX11000 redeems itself in other ways. For a start, it’s the only router to have a USB-C port, which can come in handy if you want to attach a USB-C storage device to the router for file-sharing. It also has another USB-A USB 3.0 port. It’s also the only router to come with 8 Gigabit Ethernet ports. It may seem overkill but if you think about it, if you have a desktop system, a gaming console, a TV, and a NAS, that’s four ports accounted for already. Handily, two of the LAN ports also support link aggregation, so you can connect a super-fast 2Gbps connection if you have compatible devices. And, speaking of fast connections, the single WAN port supports speeds of up to 2.5Gbps. 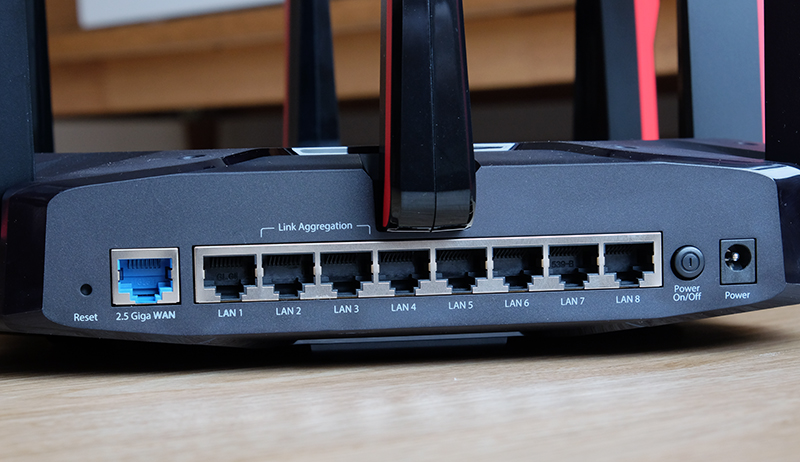 Elsewhere on the side of the router are three buttons. One for WPS setups and another to activate and deactivate the Wi-Fi radios. The last button turns the LED light off, which can be handy if you happen to place the router in your bedroom and sleep next to it. 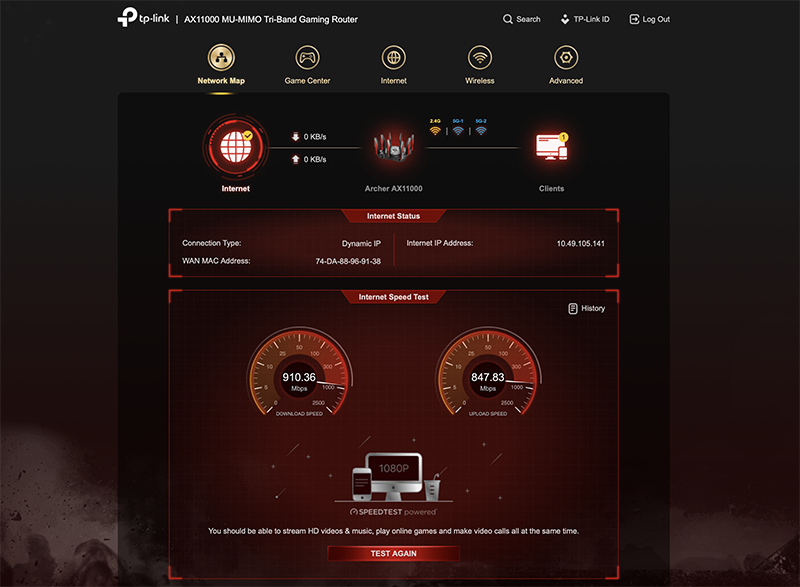 The Archer AX11000’s management interface resembles that of the ASUS’ in that it’s also very red and it has features that were designed for gamers. The main screen shows the number of clients connected, real-time traffic usage, and lets you quickly run a speed test to check your connection speed.

A couple of features worth mention is the Game Accelerator, which TP-Link says automatically detects and optimises gaming traffic – kind of like a more advanced QoS. Then there’s Game Protector, which consists of two components. The first is a built-in anti-virus feature powered by Trend Micro, and the second is parental controls. Overall, it's an interface that is easy to navigate and use. 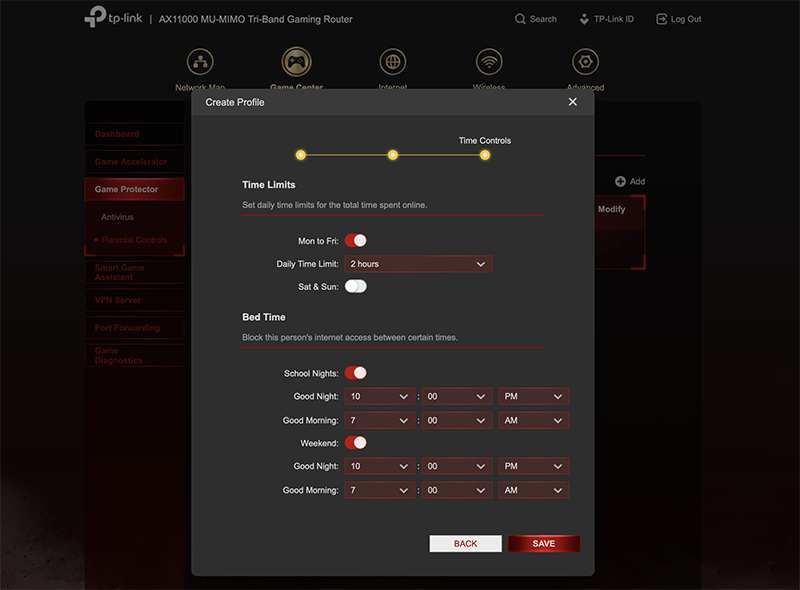 The parental controls feature is better than Netgear’s but less flexible than ASUS’. You can assign profiles and set time limits for individual devices. The latter is quite handy since you can assign, say, two hours a day to your child and have your child manage his or her own time. However, one shortcoming of the Archer AX11000’s parental control is that you can only block out Internet access for a single time period each day. This means you can’t set separate homework times or bedtimes for your child. 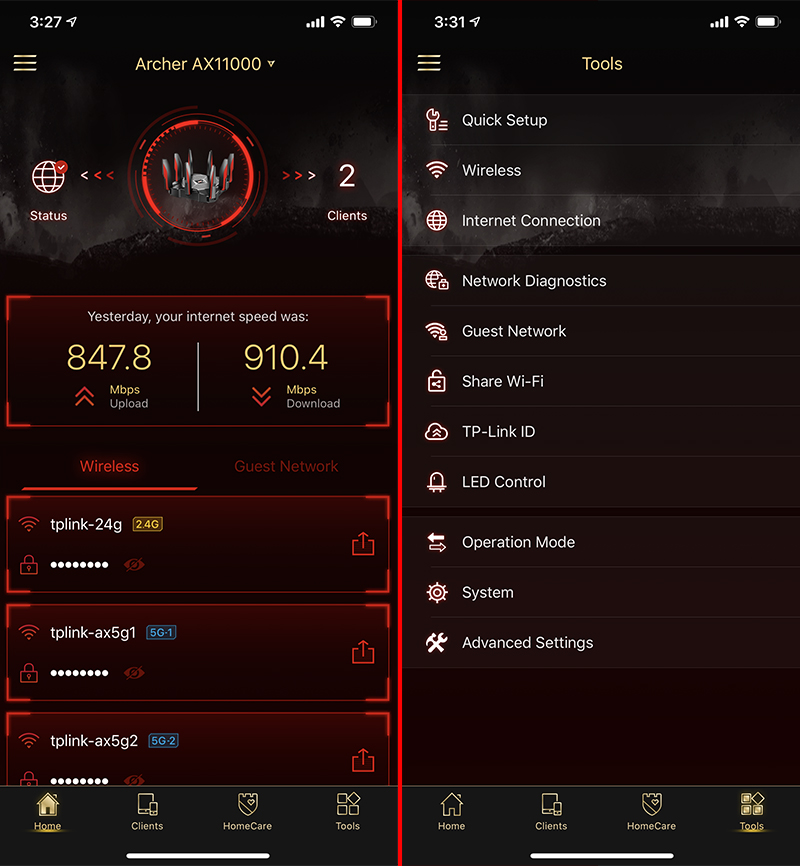