Mr Stark, your car is ready 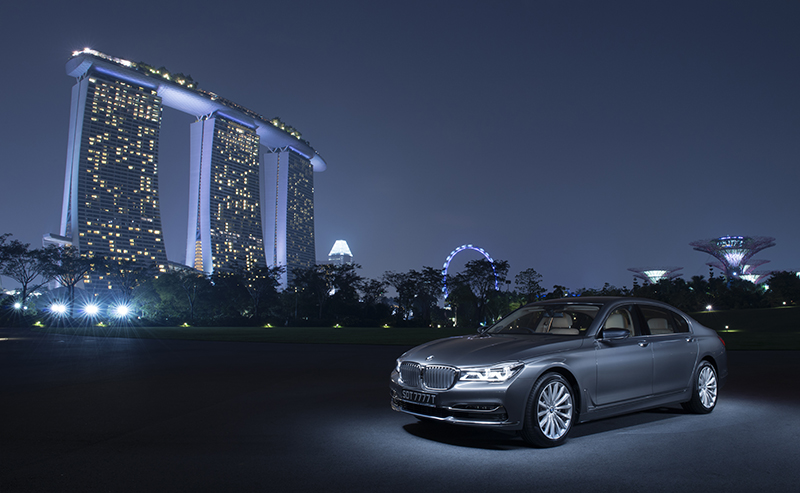 In Marvel movies, Tony Stark is often seen in flashy sports cars. But the car he really should be seen in is the new BMW 7 Series. It’s a perfect fit for his high-tech persona. The BMW 7 Series has always been amongst the most technologically advanced cars in the world, but the latest versions of BMW’s best-selling luxury sedans are on another level. Here’s the new BMW 740Li to show you why.

Let’s start in the back, in the rear passenger seats, because a car like the 7 Series really ought to be driven by a chauffeur. As you’d expect, we have no complaints about the ride quality. With the suspension setting set to “Comfort” or “Adaptive”, the car feels like it’s riding on a cloud of marshmallow and pandan cakes. 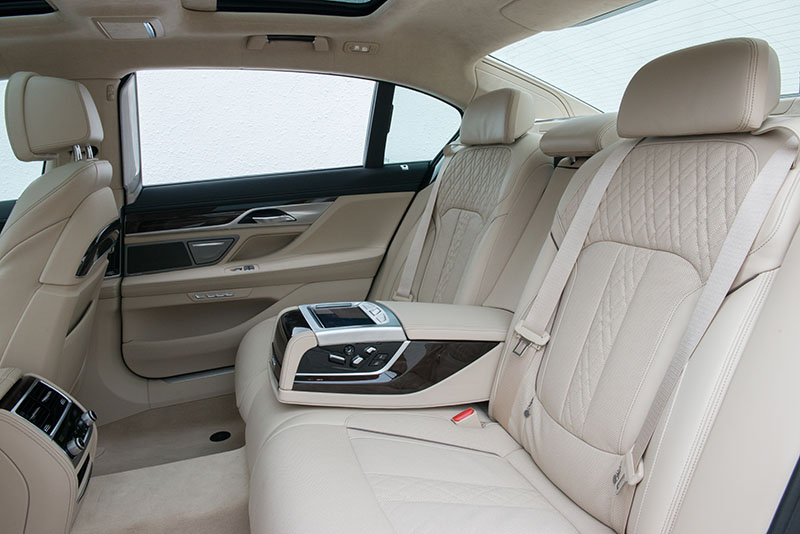 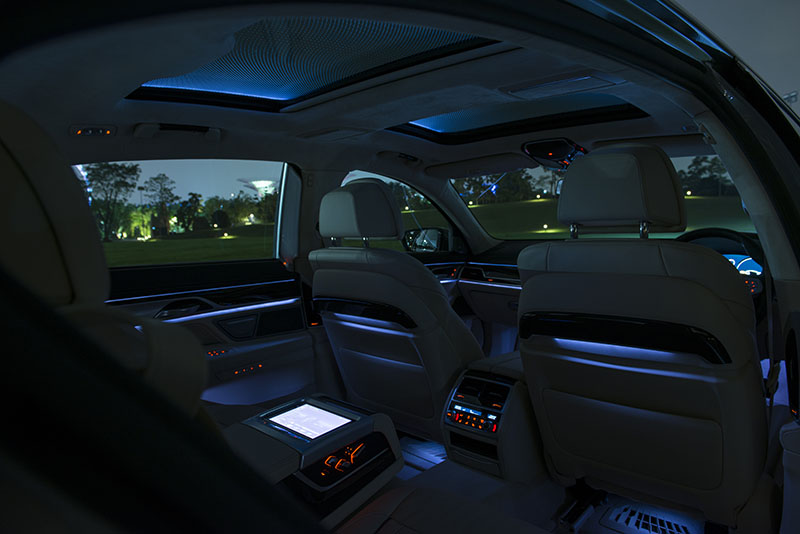 But ride quality aside, what really took my breath away was the amount of leg room and the sheer opulence of the surroundings. I’m 1.8 meters tall and I can stretch my legs out comfortably. And while the interior isn’t quite as plush as a Rolls Royce, it comes really close. Most of this is because of the luxurious leather and wood trimmings and also the lovely interior lighting. When cruising around at night, the lighting effects transform the passenger compartment into a lounge on wheels. Oh, and did I also mention that the lighting is customizable? 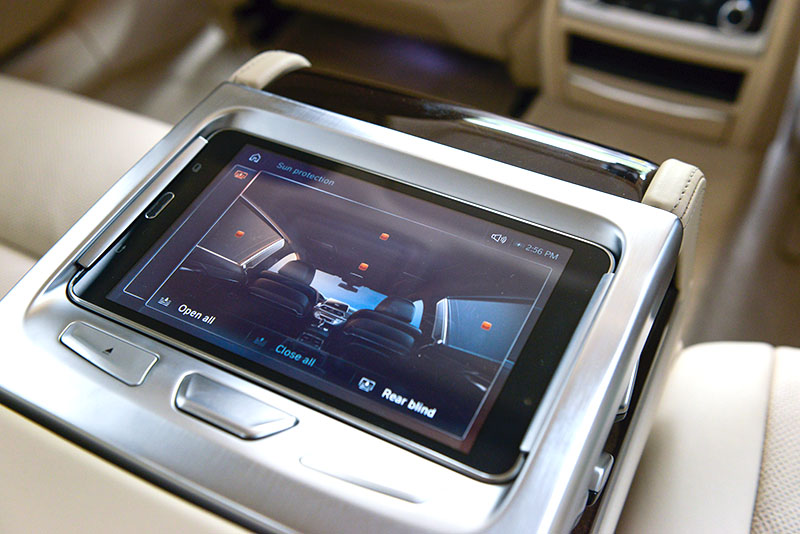 That’s where the tablet in the rear passenger arm rest comes in handy. Called the Touch Command, it will allow passengers in the rear to control just about any non-driving related function of the car. Apart from adjusting the interior lighting, the tablet can also be used to control the car’s entertainment system, adjust the seating position, activate the massaging feature (yes, the seat massages and there’s even various massaging modes), open the sunroof, pull the sun shades down, find out your current location and more.

Here’s a video to show you what the Touch Command can do:-

The new 7 Series is just as high-tech in the front. Like most high-end vehicles today, the new 7 Series features what BMW calls Driving Experience Control. This allows drivers to change the behavior of their vehicle to suit their driving style and mood. There’s three engine modes: Sports, Comfort and Eco-Pro, which is pretty self-explanatory, and each mode can be further customized. To give an example, drivers can set the engine in Sports mode while keeping the suspension in Comfort mode. This gives the car greater urgency whenever the accelerator is depressed while retaining the 7 Series’ super plush ride.

One of the coolest features of the new 7 Series is its 3D Surround View. Using wide-angle cameras and laser sensors around the car, 3D Surround View is able to draw a freakishly accurate picture of the car’s position in relation to its surroundings. This is especially useful when parking or navigating tight spaces in car parks. The new 7-Series is after all a really big car. It’s over 5.2 meters long and 1.9 meters wide - that’s over 0.6 meters longer than a BMW 3 Series. 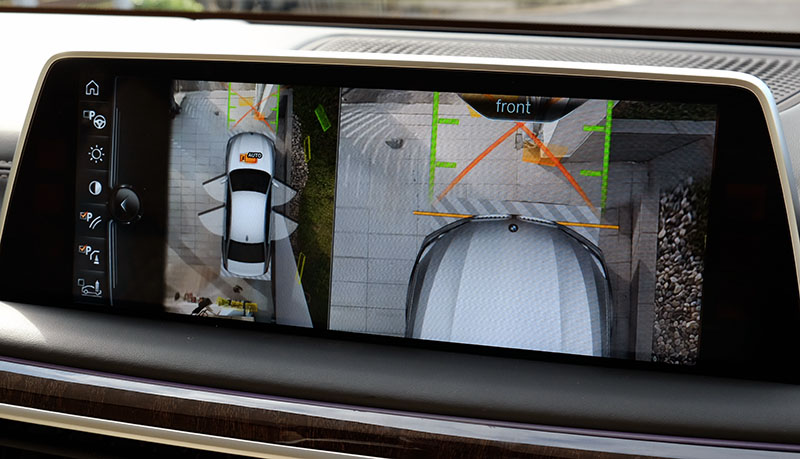 Another cool party trick of the new 7 Series is Gesture Control. Using cameras hidden in the rearview mirror, drivers can control certain aspects of the car such as entertainment, calls and adjusting the camera view of above-mentioned 3D Surround View. It does feel a little weird to use at first, and honestly the physical buttons work just as well, but there’s something undeniably cool about controlling the interface by waving your hands around.

Here’s a video showing how Gesture Control works as well as the other cool driver-aids that the new 7 Series has:-

As you can clearly see, the new 7 Series comes choke full with high-tech goodies. For with pockets deep enough, there are two variants of new 7 Series: the 740Li and the 750Li. The two are identical in terms of size, but the 750Li gets a more powerful twin-turbocharged 4.4-liter engine that puts out 450hp and 600nm of torque. This means the 750Li can hit 100km/h in under 5 seconds, which is seriously impressive for a car of its hulking size.

The 740Li is no slouch, its 3-liter twin-turbocharged in-line six engine produces 326hp and 450nm of torque, enough to launch the car from 0-100km/h in just 5.6 seconds - plenty quick in our small island state. Top speed for both models is limited to 250km/h. 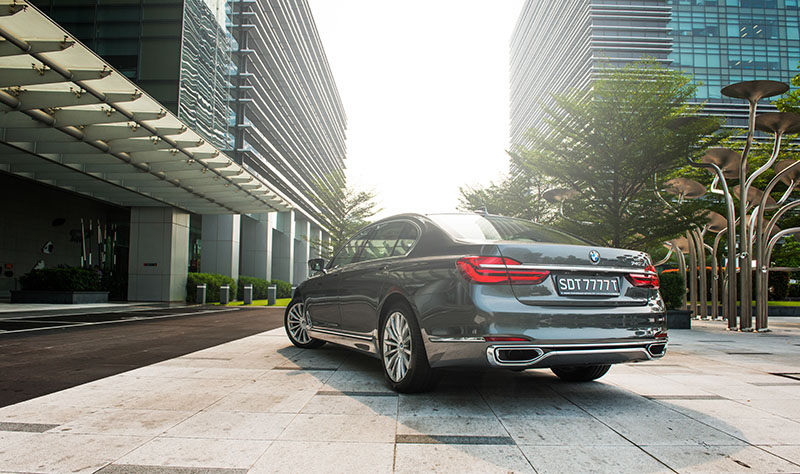 Not to forget is BMW’s ConnectedDrive experience that's applicable to all cars purchased through the official BMW dealership in Singapore as standard for three-years. We've experienced it first-hand, along with its intersting 24/7 concierge service feature that's part of the ConnectedDrive suite.