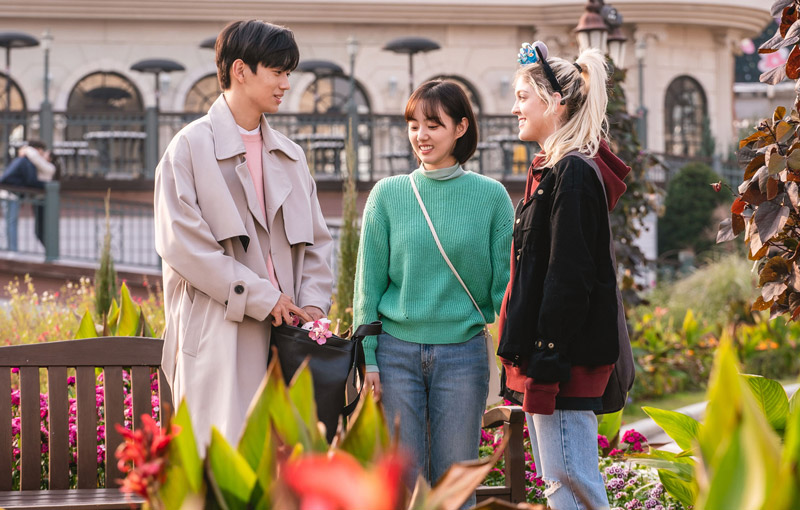 No shortage of K-dramas in your future.

Netflix has just announced that it’s going to spend close to half a billion American dollars on developing Korean content in 2021. That’s pretty good news for the rest of us, because it means that we’re getting a ton of new seasons for existing K-dramas alongside the debut of other new shows. 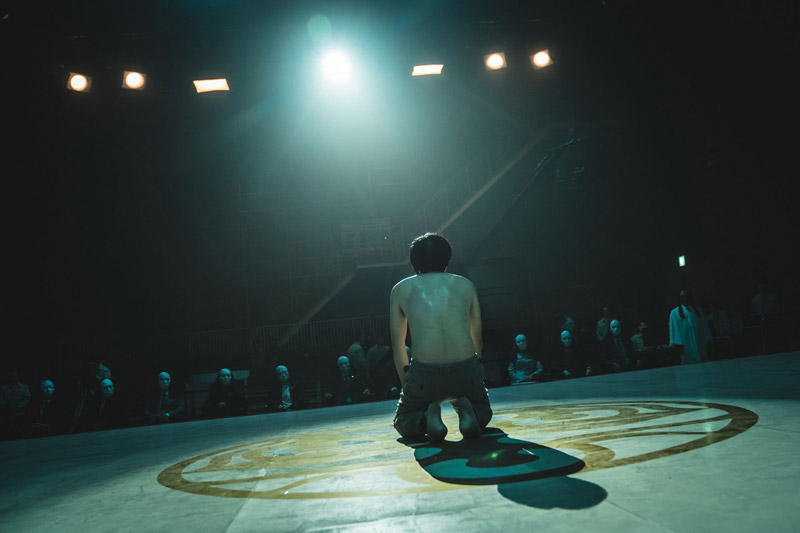 One-take movies are always a little tricky - but we’ve seen great things come out of the gimmick, like 1917. If you were a fan of Train to Busan and its sequel Peninsula, you might also be interested in Hellbound - a new series coming from director Yeon Sang-ho. The show depicts, “supernatural phenomena experienced by people who are condemned to hell after their unexpected encounters with angels of death,” according to Netflix.

For fans of Netflix’s zombie series Kingdom, you might want to check out its upcoming special episode: Ashin of the North. This episode follows the titular Ashin, heiress to a northern Jurchen town and the secret behind the resurrection plant. Ashin later meets Lee Chang’s group in Season 2 of Kingdom, but this special episode rewinds her tale, hopefully with some tantalising reveals. We don’t have a release date for Kingdom Season 3 yet, but you can bet that it’s on the way too.

Those were my personal highlights, but here’s the rest of Netflix’s Korean lineup: 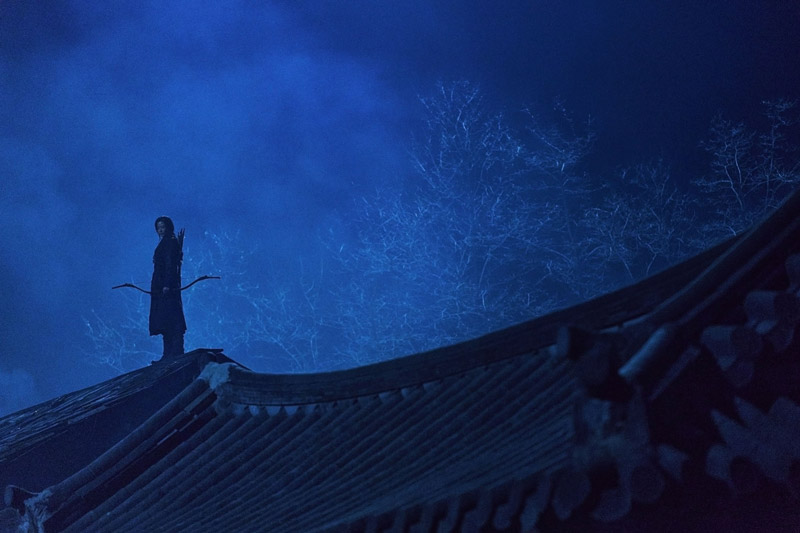 The Silent Sea (TBA): Set in a future where water and food almost run out on Earth due to global desertification, The Silent Sea follows the story of the members of a special team that sets out to a research base on the Moon. Actors Bae Doo-na, Gong Yoo, and Lee Joon play members of the team on a life-risking mission to the Moon.

D.P. (TBA): D.P. is a Netflix original series that follows the story of army private Joon-ho, one of many soldiers serving in the Korean military, who suddenly ends up becoming a member of the 'Deserter Pursuit' unit that tracks down military deserters and encounters the realities of confused young soldiers. Actors Jung Hae-in, Koo Kyo-hwan, and Kim Sung-kyun play members of D.P., while Son Seok-koo plays a military official that disapproves of them.

My Name (TBA): My Name is a Netflix original series that follows the story of Ji-u, who joins the police force as an undercover for a crime organization in order to find the truth about her father’s death and presents fist-clenching suspense of Ji-u’s revenge and the harsh truths uncovered in the process. Han So-hee, Park Hee-soon, Kim Sang-ho, Lee Hak-ju, and Jang Yull star.

Move to Heaven (first half of 2021): Move to Heaven is a Netflix original series about a young man named Geu-ru with Asperger’s syndrome and Sang-gu, who becomes Geu-ru’s guardian, as they start a trauma cleaning business and uncover the stories that are left behind by the deceased. Lee Je-hoon plays the role of Sang-gu and Tang Jun-sang plays the role of Geu-ru. 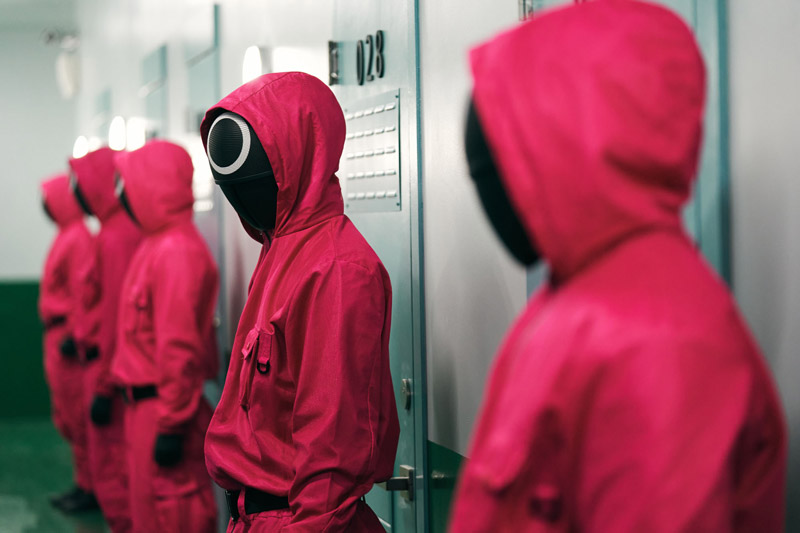 Squid Game (TBA): Squid Game is a Netflix original series about people who participate in a mysterious survival game with a 40-million-dollar prize at stake. Netflix promises, “tension and suspense,” as the game’s players are pushed to extreme situations for all that prize money - so think Survivor, but scripted. Lee Jung-jae plays Ki-hun, who lost his job and hit the rock bottom, while Park Hae-soo plays Sang-woo, who gets into trouble after embezzling his company’s funds.

Love Alarm Season 2 (12 March, 2021): Set in a world where a notification on an app called ‘Love Alarm’ becomes the only indicator of love, Love Alarm season 2 is a Netflix original series about a girl who cannot trigger a Love Alarm and two guys with unabashed love for her, trying to figure out how she feels. Season 2 picks up from the end of season 1, exploring the unresolved feelings of first love with Jojo, Sun-oh, and Hye-yeong and capture various aspects of a society where the number of hearts on Love Alarm becomes so valuable that it affects a person’s social status.

All of Us Are Dead (TBA): This is a story about people who are trapped in a high school where a zombie virus is spreading and those who are trying to save them as extreme situations riddled with surprises unfold. The series is based on a popular webtoon series called Now at Our School. Yoon Chan-yeong, Park Ji-hu, Cho Yi-hyun, Lomon, and Yoo In-soo star. 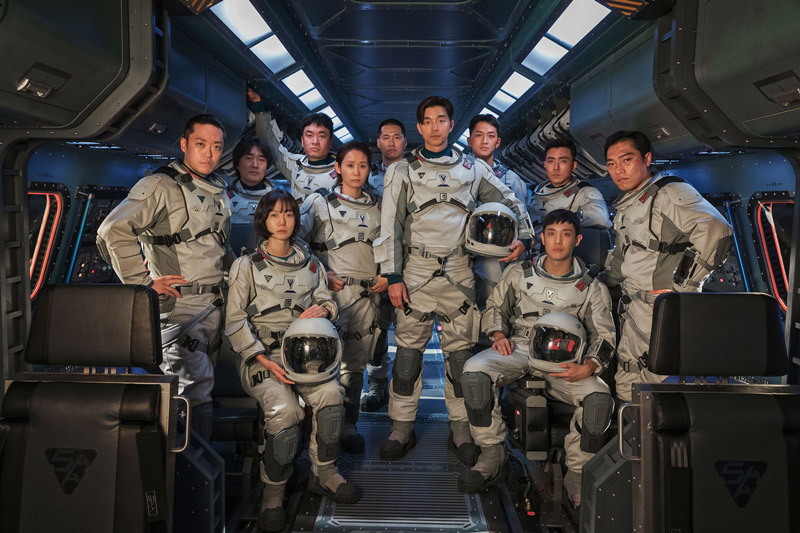 Night in Paradise (9 April, 2021): Night in Paradise is a film about a man targeted by a criminal gang and a woman cornered to a dead end in life. This noir film stars Um Tae-goo, Jeon Yeo-been and Cha Seoung-won. So Not Worth It (TBA): So Not Worth It is a sitcom about students of diverse nationalities living in the international dormitory of a university in Seoul and portrays their love, friendship, and life adventures. Park Se-wan, Shin Hyun-seung, Choi Young-jae (GOT7), Minnie ((G)I-DLE), and Han Hyun-min star. 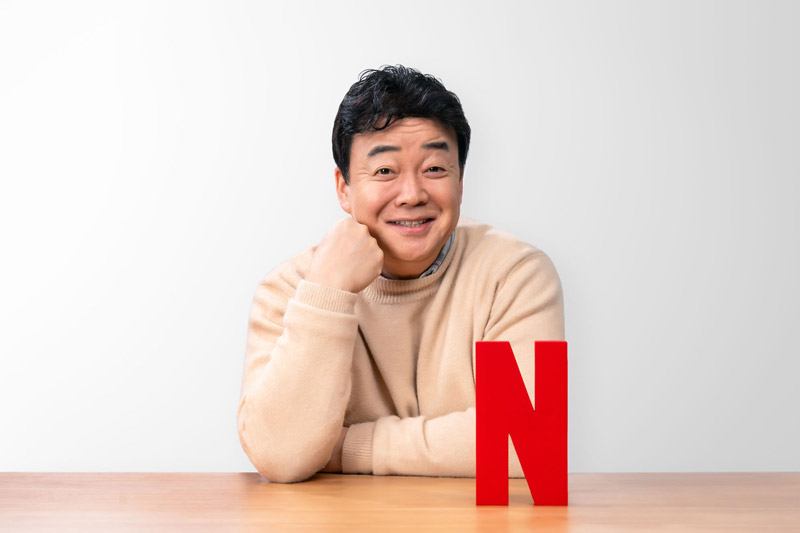 Paik’s Spirit (TBA): Paik Jong-won sits down for a drink with top Korean celebrities and professionals in various fields to have a conversation about drinking and life. Netflix partnered with Paik to create its first reality series, where the restaurateur introduces Korean alcoholic beverages, food, and culture. Featuring various alcoholic beverages ranging from soju - which in its characteristic green bottle stands at the center of Korean drinking culture - to beer, Korean traditional liquors, rice wine, and even craft beer, the series promises to bring stories of, “the most uniquely Korean,” drinks to intrigue the senses of viewers around the globe.

During their ‘What’s Next Korea 2021’ presentation, Netflix also revealed that it had racked up 3.8 million paid memberships in Korea by the end of 2020. Hence the US$500 million budget, which makes up for close to half of Netflix’s estimated US$1 billion budget for Asia-Pacific content. To sum up: you’re basically never going to run out of Korean content on Netflix in the near future.