We got shanghaied to Shanghai (not really, but we thought it sounded cool to say that) to visit Hewlett Packard's "A Whole New HP World" event. Since it's the regional launch for HP's new products, we're expecting to see new notebooks, AIOs and of course, webOS-based devices at the event and we weren't left disappointed.

With the theme of the event being staying connected and everyone being "on", HP means to bring a new ecosystem with devices that are constantly connected to each other. We see this best in their webOS based devices, the Pre3 and the Veer, both smartphones, and the newly announced TouchPad, a tablet. We've covered these devices over at MWC just a week or so back, so feel free to check out our coverage for information. What's interesting to note however, is that this is but the start of HP integrating the webOS platform into their complete line of products. In fact, during a chat session with Phil McKinney, Vice President and Chief Technology Officer, PSG, HP, he mentioned several interesting facts. 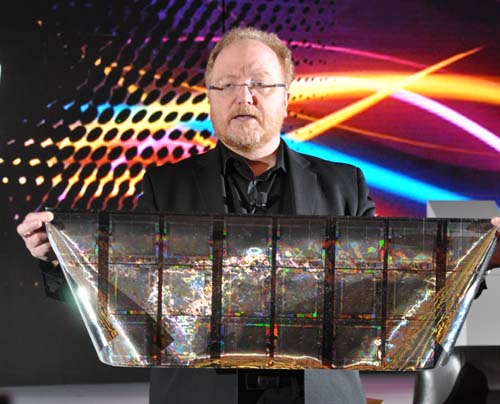 Firstly, there are no plans to license the webOS technology out at the moment, and secondly, that future HP devices will come with webOS installed, but not as a dual-boot feature or even a quick boot OS. Instead, webOS wiill run on top of Windows like an application layer. This means you can have Windows 7 and you can eat the webOS cake too. We're also assuming that this will allow current webOS devices to easily transfer information to notebooks and vice versa (once this is implemented) via the cool tapping feature that you can perform on the TouchPad and another webOS-based smartphone. 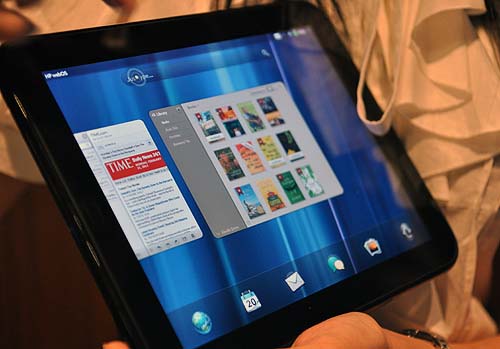 Also, while it wasn't stated, it looks like there's a good chance webOS will replace the current TouchSmart suite of software that's found on their TouchSmart AIOs. This makes sense somewhat, as webOS is a very finger friendly and easy to use operating system (from what we've seen), and replacing the TouchSmart software will allow HP to focus on their current always-connected ecosystem plans. We'll have to see if our prediction comes true, but we think it's very likely this will happen in the future.

When last we checked in MWC 2011, retail availability wasn't yet known, and we're still not sure of an actual date (currently rumored to be in April). HP has stated that they will be launching the TouchPad in China sometime this year, and that other Asia Pacific regions will soon follow after that. We hope that it isn't too late of a release to grab market share as there will be newer iPads and Android Honeycomb tablets by then.