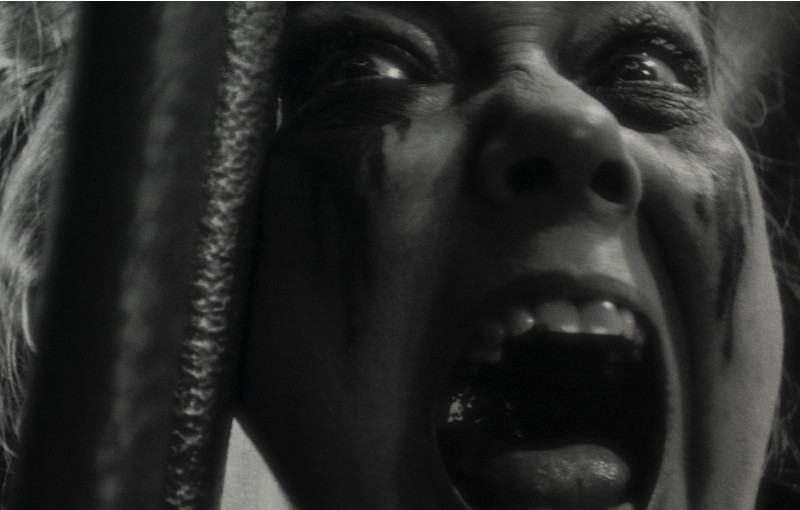 Halloween has come early to the Marvel Cinematic Universe. Werewolf by Night is a new television special on Disney+, and it takes the MCU into a completely new direction.

It is set just after the death of Ulysses Bloodstone, the previous wielder of the powerful Bloodstone. Five monster hunters, including Jack Russel (Gael Garcia Bernal), are summoned by Ulysses’ widow, Verussa, to Bloodstone Temple for a ceremonial hunt to determine their new leader and who will next possess the Bloodstone.

Right off the bat, it’s immediately clear that Werewolf by Night is not your typical MCU fare. For starters, the show is draped in 1940s-esque black-and-white and overflowing with delightful campiness and gore.

Of course, there is a monster at the center of it all, and it’s one that comic book fans should recognise — Man-Thing, or the former Ted Sallis. This is perhaps the biggest Easter egg in the show, and the one that sets up future Marvel movies stretching all the way into Phase 6.

“We’re introducing a world which will ultimately become quite important to the future of the MCU,” said Marvel Studios president Kevin Feige, a likely nod to Man-Thing being the keeper for the Nexus of All Realities, and a key figure in Marvel’s multiverse shenanigans.

But in Werewolf by Night, Man-Thing doesn’t give any hint of that yet, although he does incinerate a hunter by simply touching her. He is also Jack Russel’s friend and is the entire reason he is there. Russel wants to rescue him and set him free, and he finds an unlikely ally along the way as well.

Werewolf by Night plays out like a homage to classic monster movies from black-and-white cinema. While Marvel films and series are usually packed with slickly choreographed high-budget action sequences, the special effects in Werewolf by Night feel purposefully rough around the edges.

You don’t even get to see the werewolf transform onscreen. Instead, the transformation is teased by old-school techniques like dramatic flashing lights, glimpses of claws, and ominous shadows.

Everything about it evokes a film from a bygone era. The werewolf makeup is clearly applied by hand, in the style of 1941’s The Wolf Man. The close-up camera angles and shots of crazed eyes are about as subtle as a bat, but they all feed into the show’s retro aesthetic.

The soundtrack has not been overlooked either. Director Michael Giacchino masterfully builds tension with sound, weaving a monochrome world that is both creepy and enthralling.

There are moments of comedy as well, such as when Russel accidentally activates the countdown on an explosive but then struggles to get it to stick to the wall. The way the coin-sized device bounces haplessly off the wall and rolls back toward Russel and otherwise fails in its intended purpose feels perfectly in sync with the campiness of the rest of the show.

That’s not to say that the action sequences are bad or janky. When Russel finally transforms, he utterly decimates the other hunters, leaping from wall to wall in a display of raw strength and agility. Estranged Bloodstone heir Elsa Bloodstone (Laura Donnelly) also gets to show off her own fighting chops, taking down a fellow hunter in an impressive display of acrobatics and creative use of a dismembered arm.

But above all, Werewolf by Night is made even more interesting by what it pulls back the veil on in the MCU. In addition to Asgardian warriors, multiversal sorcerers, and superpowered beings, the MCU is also home to monsters, ghouls, and other things that go bump in the night.

It is a tantalising setup for what we can expect from other MCU properties, such as 2023’s Blade. And with the announcement of Avengers: Secret Wars, you can be sure that Man-Thing will play a role in that somehow.

Werewolf by Night is streaming now on Disney+.