Unless you are an ardent gamer, you might not think much of the graphics card that is sitting right now on your computer's motherboard. You might even mistake it as an unnecessary piece of equipment and think that it is only used by gamers. However, graphics cards today are used for more than just gaming. In fact, they are used today for a variety of tasks such as accelerating HD video playback, video transcoding, accelerating the viewing of PDF documents and images and many others. Truly, they have come a long way from where they were 10 years ago.

Just slightly more than a decade ago, the first commercially successful 3D graphics card was released by 3dfx, the Voodoo Graphics card. It was so all-conquering that along with its successor, the Voodoo2, 3dfx was able to dominate the graphics card upgrade market for the next few years. In fact the best graphics card subsystem back then were an STB Lightspeed 128 + the Voodoo for the best in 2D and 3D capabilities. The more professional folks would have chosen the Matrox equivalent for better 2D quality. 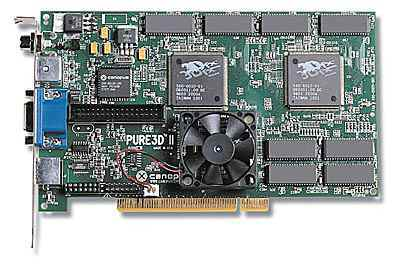 With the 3D fever gripping strong, long-time graphics suppliers like S3, Trident, Matrox and many others found it hard to keep up with the sudden change in market demand and gradually dropped out of the heated competition. It soon became a three-way contest between 3dfx, ATI and NVIDIA. Sadly, 3dfx was also showing signs of waning, and in 2000, were eventually acquired by its arch-rival NVIDIA.

There were many reasons for the demise of 3dfx. For instance, instead of choosing short development cycles like ATI and NVIDIA, 3dfx pursued lengthy and ambitious ones. This strategy eventually backfired as they were unable to keep up with the rapid advances made by their rivals. Also, their ambitious development cycles meant that they neglected certain segments of the market, namely the mid and low-end segments. NVIDIA, especially, was able to capitalize on this large segment with their affordable yet powerful GeForce 2 MX, and ATI with their Radeon VE.

The eventual collapse of 3dfx meant that ATI and NVIDIA are the only dominant players left in the market, and the honor of the having the fastest solution has swung consistently back and forth between the two even till today.