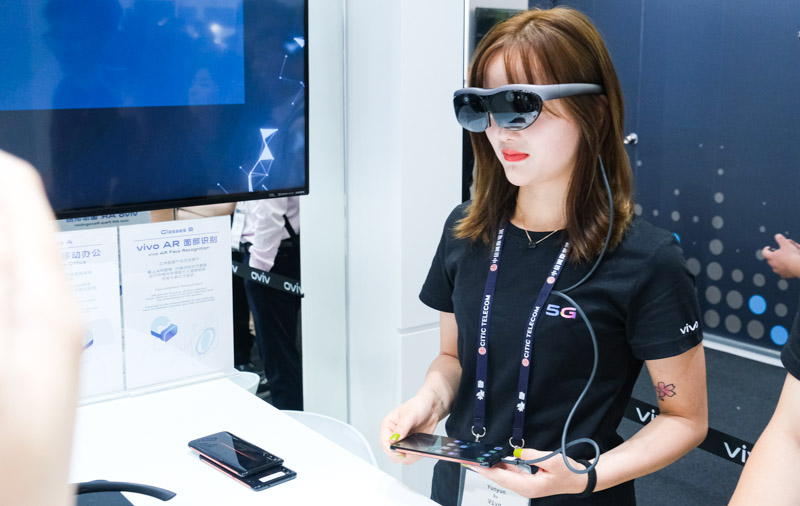 Apart from their Super FlashCharge and new 5G smartphone, the other item Vivo had on display at MWC Shanghai 2019 was the VR headset you see here - the Vivo AR Glass. While still not commercially-ready just yet, we had a chance to test out some early prototypes, and must say it presents quite a step-up from some of the earlier VR headsets we've seen.

As you can see from above, it's powered just by a single 5G smartphone; no dongles or PC to strap on your back. 5G Cloud Computing at its best perhaps? The content is rendered and sent back down to the smartphone which in turn projects it out through these glasses. 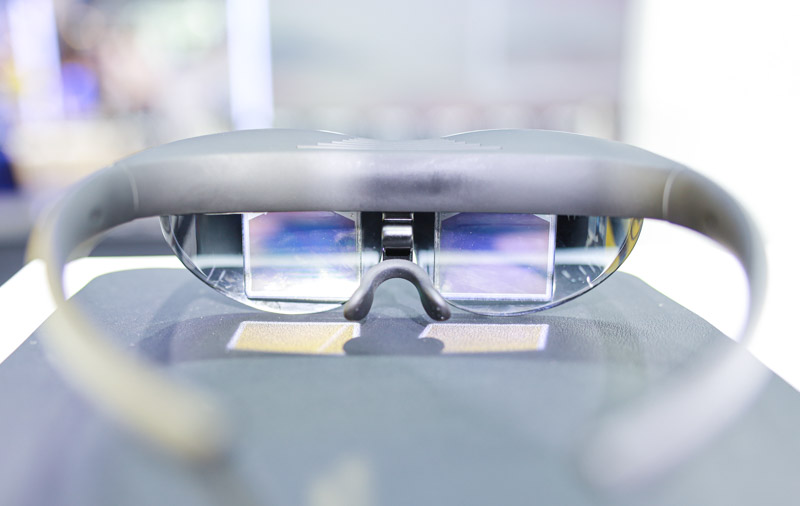 In this particular demonstration, the idea was to get an AR Mobile Office projected ahead of you, so that you can handle all your emails from the comfort of your couch. Not too bad an idea, but how does it work in practice?

Pretty well, we'd say. The glasses are fairly light so the only sign that you've got them on would be the slight pressure on your nose (or on your spectacles, if you're bespectacled). Because they're getting their feed from your smartphone, you're free to move around in the virtual space which allows for different sorts of interactions as long as you keep the phone nearby, fulfilling the promise of 6DoF.

*6DoF basically means that you can move around in a VR space and the space will update to reflect this movement to give you an updated viewpoint, as opposed to staying static. 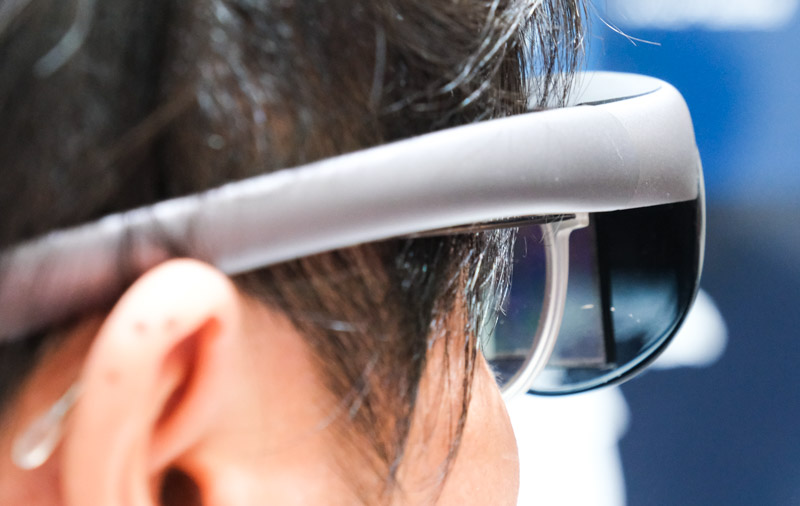 In terms of the virtual screen projected, we'd say it's probably about the size of a 42" TV if you're looking about 1.5m ahead of you, so there's certainly plenty of room to be manipulated. Having an actual dual-screen display also helped to improve the viewing experience, though it does seem like the visuals could do with a bit more contrast to help the projected image stand out from what's actually in front of you (in reality).

We tried the glasses out in a store front setting, and in some instances found it hard to distinguish between the projected text and what was actually on the item in front of us. But it gave us the option of either seeing text with more information about the item or playing back a video if our gaze fell on a tech product or a soft toy respectively. A decidedly different shopping experience perhaps? 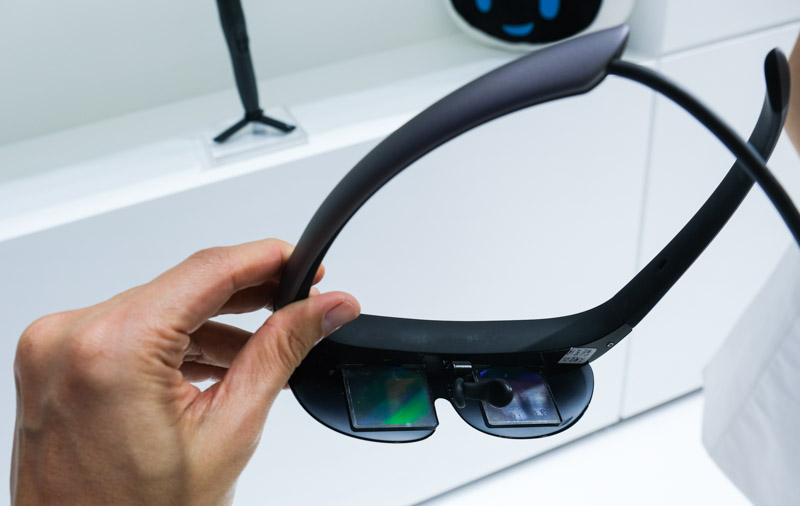 Vivo's other proposed use case would be to allow for real-time Face Recognition, so you'll know instantly the name and basic information of anyone you meet. No more awkwardness when you forget someone's name perhaps?

All in, an interesting proposition to say the least. Now, if only they could improve the wearing comfort a bit!