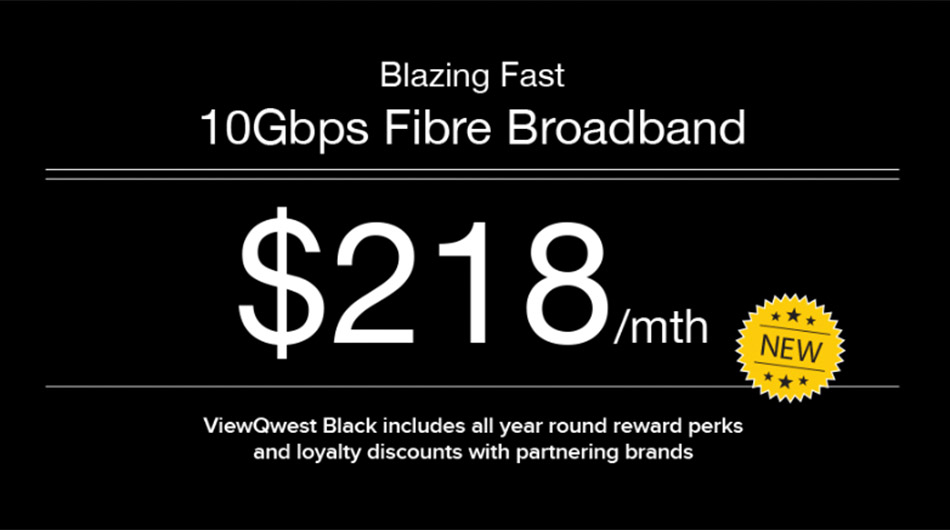 In the past few weeks, ISPs like Singtel, SuperInternet, M1, and ViewQwest have taken turns to announce their 10Gbps fiber broadband offerings for the home.

Of the four, ViewQwest was the last to announce its 10Gbps plan (called ViewQwest Black), and that’s partly due to the company wanting to offer more than just a plan. As such, what it did eventually announce was arguably the most interesting and most well thought out 10Gbps plan of the bunch. If you’re still confused by this high-end ViewQwest plan, I’m going to break it down here once again in (hopefully) more layman’s terms.

With up to S$29 difference in price versus competing plans, why should one go for ViewQwest Black? A 10Gbps plan is a 10Gbps plan regardless of provider, right?

According to ViewQwest, its 10Gbps plan is a Metro Ethernet service with speeds of up to 10Gbps downstream and 10Gbps upstream to and from the customer. This is similar to SuperInternet’s Optical Ethernet implementation and claims.

Comparatively, Singtel and M1’s 10Gbps services use a 10G-PON (10 Gigabit Passive Optical Network, a.k.a. XG-PON) architecture. In theory, depending on how many users each 10Gbps OLT (optical line terminal) port serves, the speed one gets can fluctuate as more XG-PON users get onboard over time. (For those interested, split ratios of 1:32 and 64 are more common, but the spec allows for up to 128 users.)

Also, XG-PON’s upstream speed has a theoretical 2.5Gbps limit. For uploads, both Singtel and M1 estimate the actual speed to be around 2Gbps. For ViewQwest and SuperInternet, because of their different implementations, their plans have a 10Gbps upstream speed as well.

Lastly, both ViewQwest and SuperInternet are claiming a sub-1ms latency within their networks, which may appeal to gamers.

As to why Singtel and M1 uses XG-PON, I can only posit that XG-PON is a more cost efficient way from their perspective, especially in the long run, and when large number of subscribers are expected.

3.) No router is provided

While you may be willing to accept ViewQwest Black’s S$218/month subscription fee, know that no optical network router (ONR) or terminal or wireless router is provided. The 10Gbps-compatible MikroTik CCR1036-8G-2S+ router that ViewQwest has is a separate S$1,500 purchase (gasp!).

Without the MikroTik router, you can still use ViewQwest Black by connecting the cable from the fiber termination point directly to your PC, assuming it has a 10Gbps network card.

On the other hand, both Singtel and M1 bundle a router with a 10Gbps port (and several 1Gbps ports) that you can connect to your computer. Singtel also provides a second dual-band AC router for your wireless needs.

As I’ve detailed in my earlier article, getting ready for a 10Gbps home broadband connection can be a troublesome and expensive affair, and I’m not just referring to the sign-up process or the price of the plan.

ViewQwest seems to understand this; that together with the fact that it isn’t bundling the MikroTik router is probably what prompted it to work with local custom PC outfit Aftershock PC to build the Aftershock Boost. 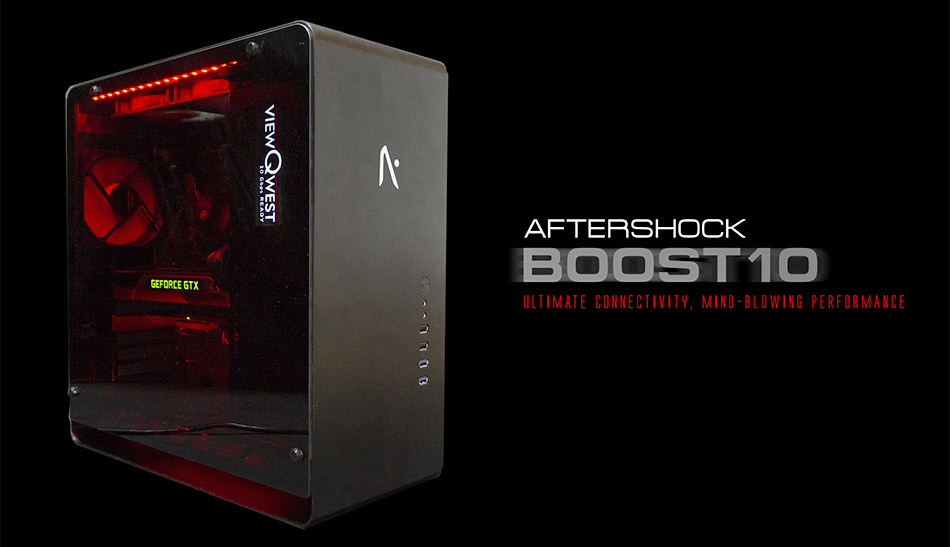 More importantly, the Aftershock Boost has an ASUS 10Gbps PCI Express fiber module, so users can plug the cable directly to the PC. I was told that a substantial portion of the Boost’s price goes to this 10Gbps module.

So far, you can only get the Aftershock Boost if you subscribe to ViewQwest Black, but ViewQwest isn’t discounting the possibility of selling it to other folks who need it.

Ultimately, I’ve to give props to ViewQwest for trying to offer a “hassle-free, end-to-end experience”, going as far as to have a ready-made system for customers.

(Update: Some readers have pointed out that other than having a 10GbE module, this base machine isn't exactly 10Gb-speed-ready. Indeed, even if the connection manages a lower 8Gbps (a number ViewQwest says it's able to achieve), the Samsung 850 Evo SSD can only write to disk at 520MB/s at best, which is about half the speed of 8Gbps (i.e., 1,000MB/s.) To fully utilize this bandwidth, you probably need an non-volatile memory express (NVMe) based SSD, like this Samsung 950 Pro SSD. And by extension, this chase to eliminate storage subsystem bottleneck may lead you to upgrade other parts of your system, like the motherboard and CPU.)

5.) Of support and other freebies

Branded as a enterprise-grade service, ViewQwest is also opening up a dedicated 24/7 customer support hotline for Black subscribers, as well as a next business day on-site service. As you can see below, there are many freebies, too, including six months of OneVoice IP telephony and Freedom VPN services, a two-year Epitude membership, and a Eubiq power adapter tower stand.

To sign up for ViewQwest Black, you can either go to its Suntec flagship store or its booth at Sim Lim Square. An application form can also be found on ViewQwest’s website.

I’ll be exploring the intricacies of the various residential 10Gbps plans at a later date, so stay tuned.