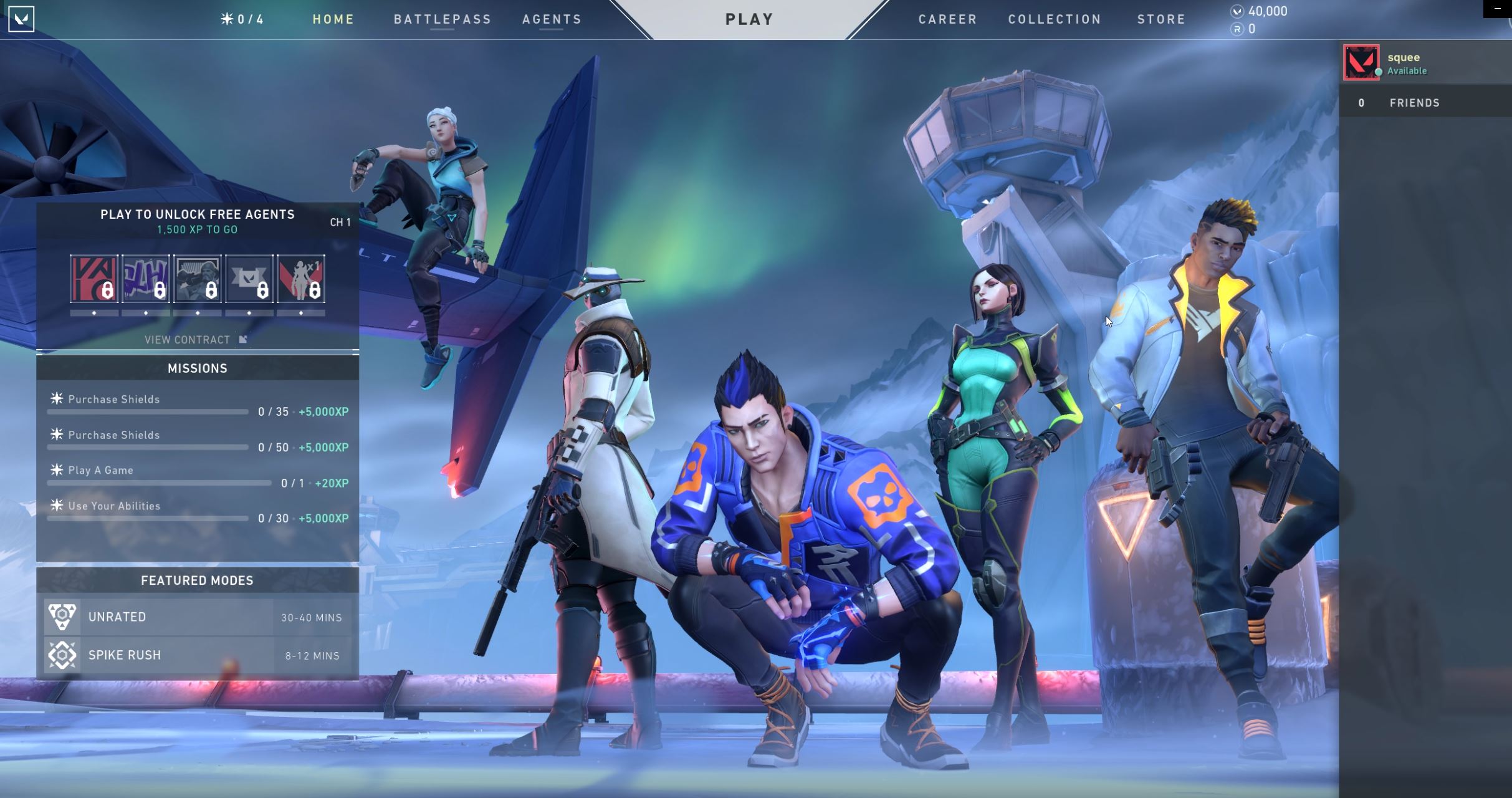 Episode 2 Act I of Valorant drops on 12 January, and Riot has officially revealed the 15th agent that will drop alongside it. Yoru is a slippery duelist that hails from the land of the rising sun, and his kit looks like it has the potential to shake up the current meta in interesting ways.

While duelists are usually expected to enter sites first to get entry kills, Yoru's abilities open up a different playstyle. He can be played as a lurker, with several tools at his disposal that allow him to set up fakes for his team. In fact, Riot Games' John Goscicki says that Yoru is intended to "keep you on your toes around which angles are truly safe", which is illuminating with regard to how he is intended to be played. 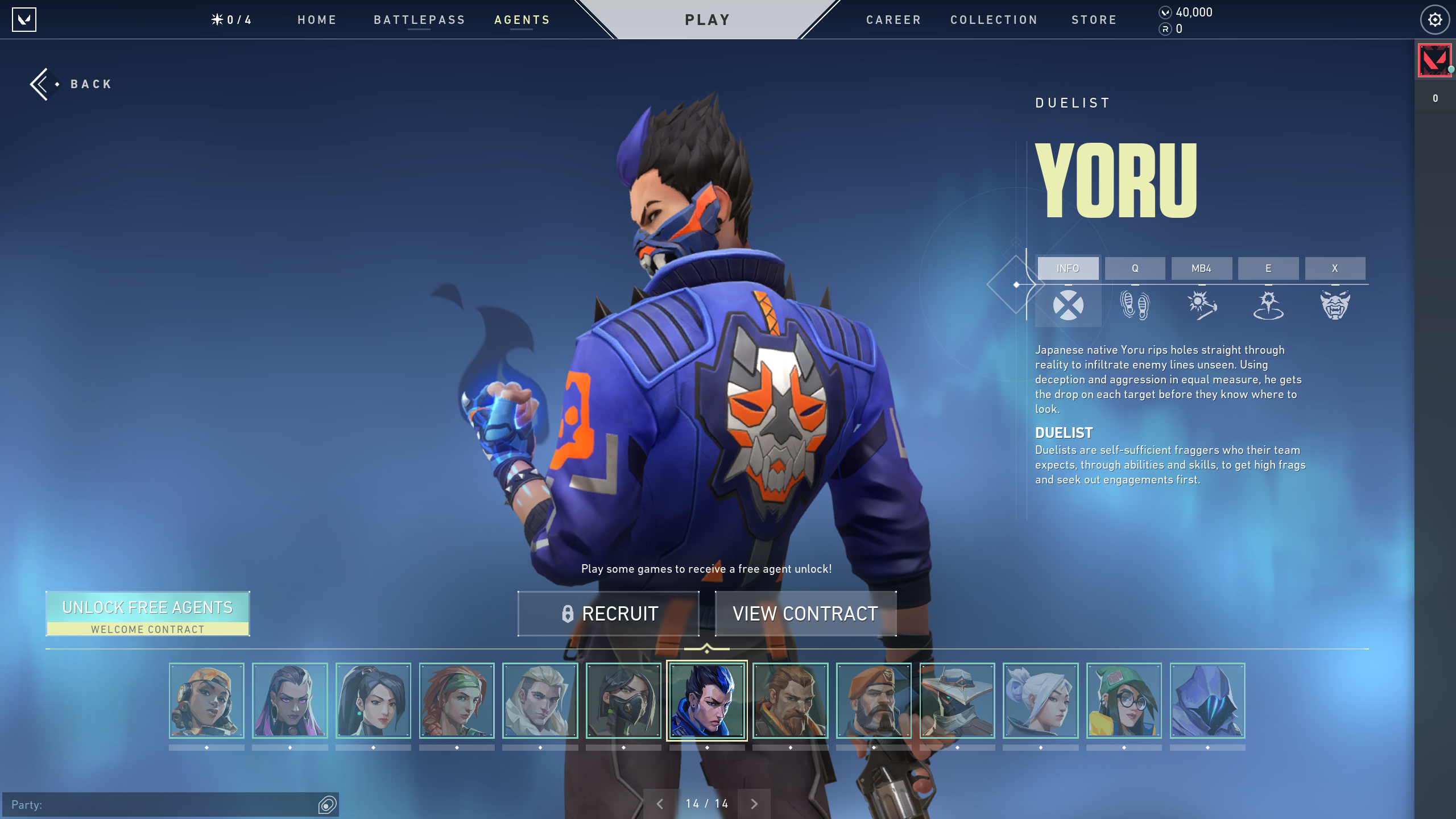 Yoru's strength as an agent revolves around map control and confusing his opponents. His abilities and ultimate allow him to reposition with ease, while keeping the enemy guessing where he really is. For starters, his first ability, tellingly dubbed Fakeout, lets him send out a decoy that mimics footsteps. You can send this out in a straight line with your left click, or drop it in place with right click. You can then activate any decoy you've dropped in place by hovering your mouse over it and pressing your Use key. Yoru has a maximum of two charges of this, and it can also be used to trigger teleporters, which is handy for faking out enemies on maps like Bind.

Fakeout is designed mainly to fool traps set in place, rather than players themselves. The blue footprints are a dead giveaway when you look at them, but they will trigger things like Raze's Boom Bot, Cypher's Trapwire and Cyber Cage, and Killjoy's Turret and Alarm Bot. If you've got one of these covering your back and Yoru trips them, you won't know for sure if it's really him or a mirage. Then there's Blindside, which is essentially a pop flash that's great for throwing round corners. In fact, players coming from Counter-Strike will probably find it more intuitive to use than something like Phoenix's Curveball. It activates after it makes contact with a surface, and you'll probably want to learn all your line-ups properly to make the most of Yoru. He has two charges of this as well, and his flash means that he can be played aggressively too and isn't constrained to the role of a lurker.

Having said that, it can be argued that Valorant has too many flash agents and not enough with smokes, and the addition of Yoru only bolsters that argument.

Next, Yoru's free ability is Gatecrash. He can send out a teleporter or anchor it in place, similar to the way his Fakeout ability works. Pressing "C" again sends you to your teleporter, which is helpful for getting out of sticky situations quickly, not unlike Jett's dash. That said, there's a short delay before you're transported, so using it when you're in full view of the enemy will still most likely get you killed. The teleporter doesn't last forever though, and it'll disappear after roughly 20 seconds, so you'll want to time when you put it down carefully. Nevertheless, I can see it coming in handy for peeking aggressive angles, and then retreating to safety. You can send it through a teleporter as well without any audio cue, which can be used on Bind for some stealthy rotation. Alternatively, you can anchor it at the teleporter's entrance, so you still have another way out if you're pinned down. 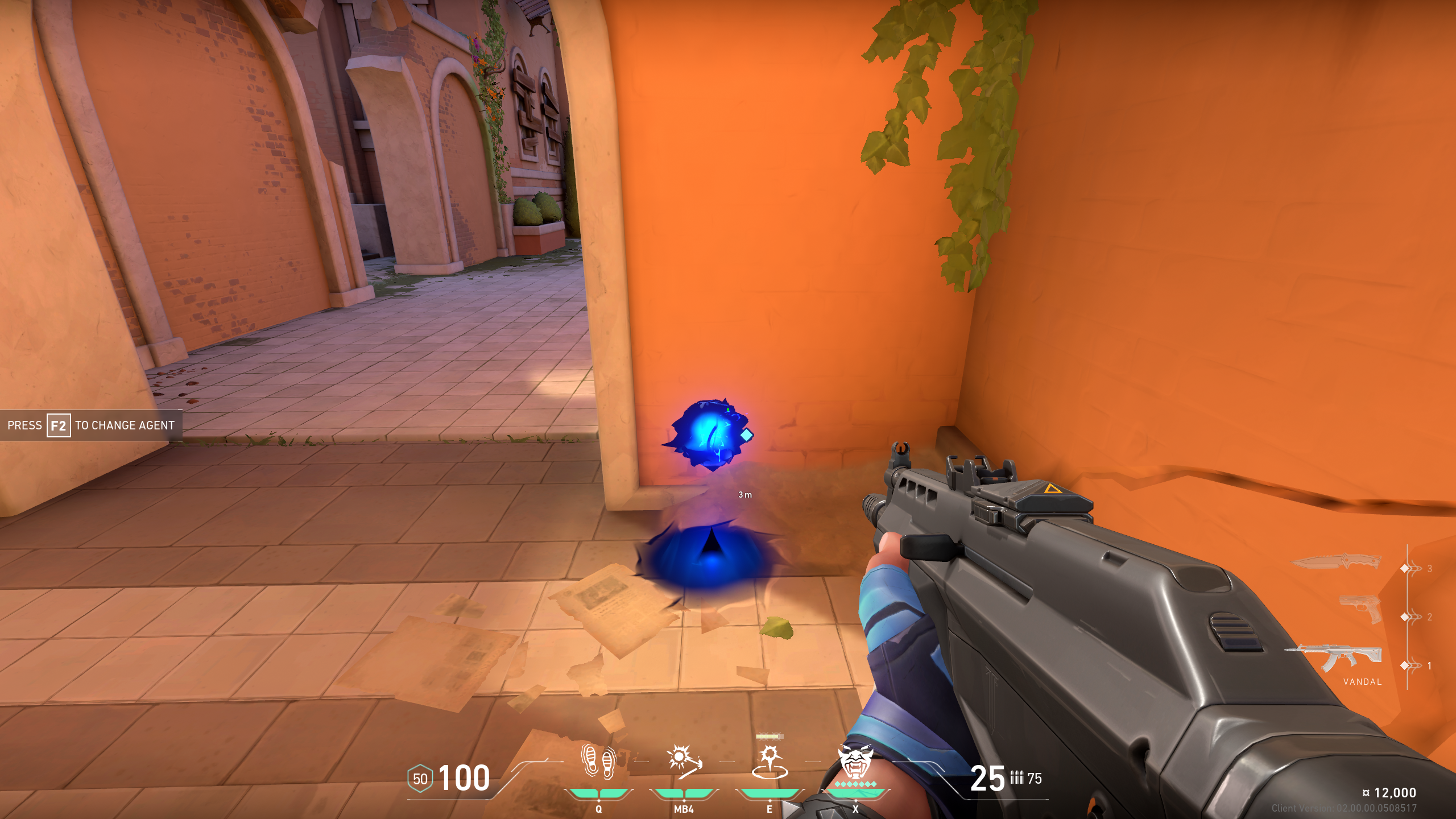 It'll be interesting to see what strategies players come up with for this ability – I can imagine sending it ahead into a site under the cover of smokes, or through a teleporter, and then either jumping to it or running in behind it. Either way, it'll keep the enemy guessing which direction you'll be coming from.

Finally, Yoru's Dimensional Drift ultimate sees him rip open a hole in reality and jump into another dimension, where he turns invisible and invulnerable and can move extra quick. The ultimate lasts for around eight seconds, enough time for Yoru to reposition or even make his way to another site. And like Omen's ultimate, Dimensional Drift can be used to engage the enemy at the start of the round and keep them watching their backs.

Yoru doesn't make any noise when moving around in his ultimate either, similar to when Reyna uses Dismiss in Empress form. He also will not trigger any traps or make a sound when moving through teleporters. Cypher's Neural Theft ultimate will not reveal his position either, but it seems like Skye's Seekers ultimate will still be able to track him.

However, Yoru's invisibility is conditional on enemies being far off, and they will be able to see and hear you if they are close. A dotted line surrounds you when you are in Dimensional Drift, and enemies within that radius can detect you. In addition, they can hear you come out of Dimensional Drift if you're close by. As Yoru, you'll also be able to see where the enemy is while using your Ultimate, which makes him super useful for gathering information as well. 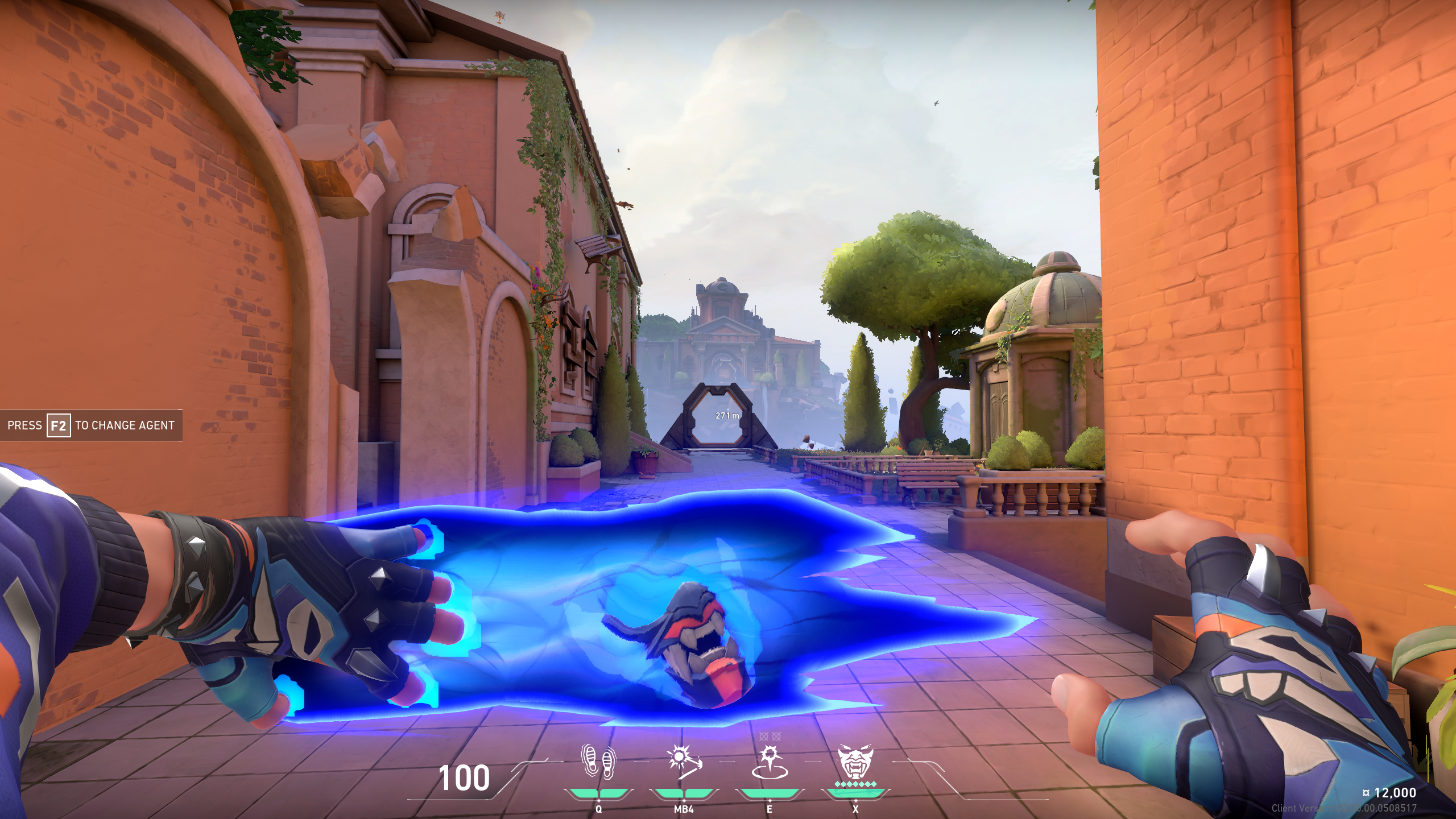 Overall, Yoru seems like an agent that's easy to get into, but hard to master. Unlike Jett, his abilities and ultimate do not require the same mechanical skill, and he doesn't have to rely on getting frags like Reyna in order to add value to his team. But he has huge potential when it comes to outplaying opponents, not unlike Omen, and he could be deadly in the hands of a smart player.