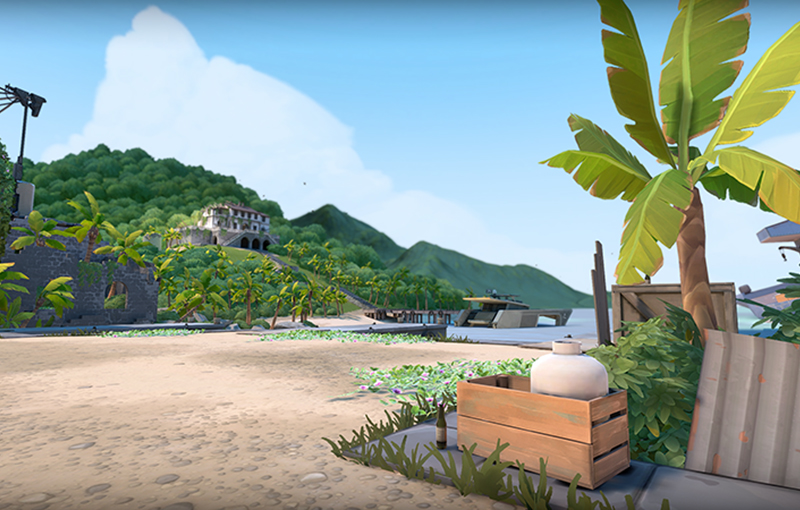 Vacation in the Caribbean

After the cold, blue-tinged world of Icebox, Riot Games is transporting players to the Caribbean for Valorant's sixth map. Breeze is set on a remote island located somewhere within the southern part of the Bermuda Triangle. In contrast to Icebox's relatively muted tones, Breeze doubles down on bright, playful and colourful environments – it's a tropical paradise, if you like.

Every Valorant map has a so-called gimmick, or a feature unique to that particular map. Icebox has its verticality, Ascent has its doors, Split has ropes, Haven has three sites, while Bind has teleporters. On Breeze, that gimmick seems to be the nifty one-way chute that drops you from A Hall straight down to Mid, and perhaps, the sheer size of the map. Depending on your timing, the chute could potentially put you in a position to surprise the enemy. Breeze has doors that can be triggered as well, but unlike the ones on Ascent, these are made from much thicker metal and cannot be destroyed. 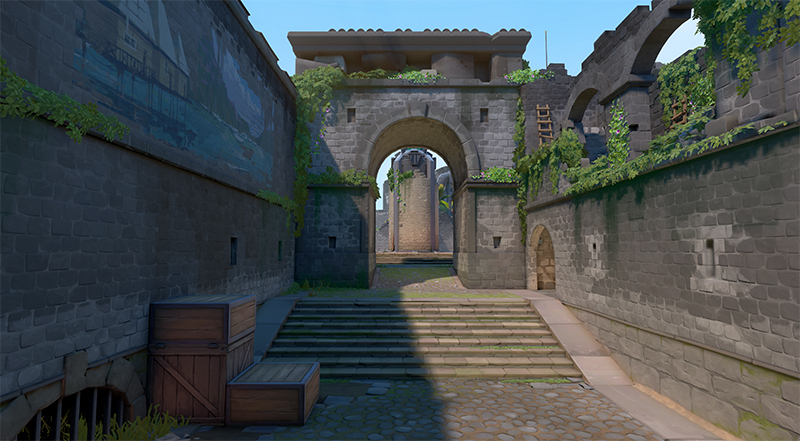 Breeze is a huge, expansive map with wide choke points and long sightlines that seemingly favour the Operator sniper rifle. "One of the main goals we had with Breeze was building larger and more open spaces with longer sightlines than the other maps in the pool. This provides an opportunity for different weapons and Agents to shine. Each map should provide different strengths and weaknesses for the Agents in the roster to explore while supporting different types of strategies and team compositions," says Sal Garozzo, Senior Game Designer at Riot Games.

At its core, Valorant is a tactical shooter that centres around information gathering and map control, and Breeze's layout makes it such that territory control is of the utmost importance. The wide, open spaces and countless angles to clear mean that Agents like Sova, Cypher and even Skye may shine with their information-gathering capabilities, playing a key role in ensuring that their entry-fraggers don't go into a site blind. Rotations should be an even more calculated affair too, since both sides are relatively far away from each other, another reason why information-gathering and map control are so crucial here. 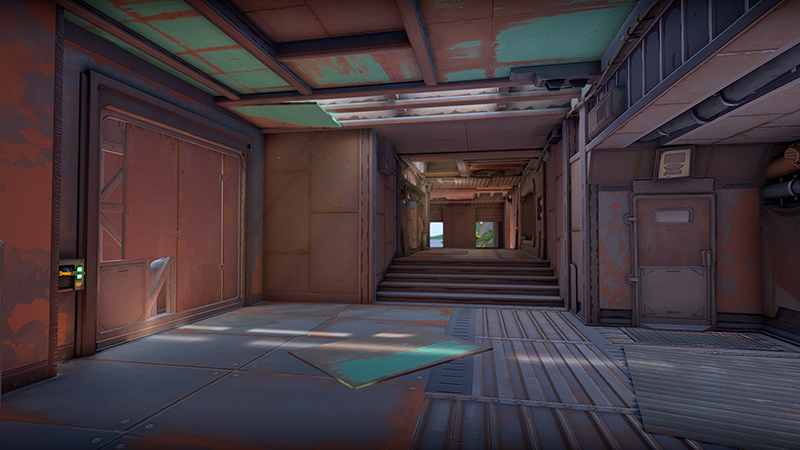 Positioning is king on this map, and Breeze's layout can appear a bit overwhelming when you're playing it for the first time. The warren of corridors – combined with multiple corners and windows to check – may make it feel quite oppressive for attackers. The layout does help balance the power of the Operator however, as snipers will have to constantly watch out for flanks and can't afford to hold the same angle for too long. Another interesting feature is the long corridor (A Hall) that connects both the attacker and defender spawn. Control of this area will be key, or else you risk possibly setting yourself up for an unwelcome flank. 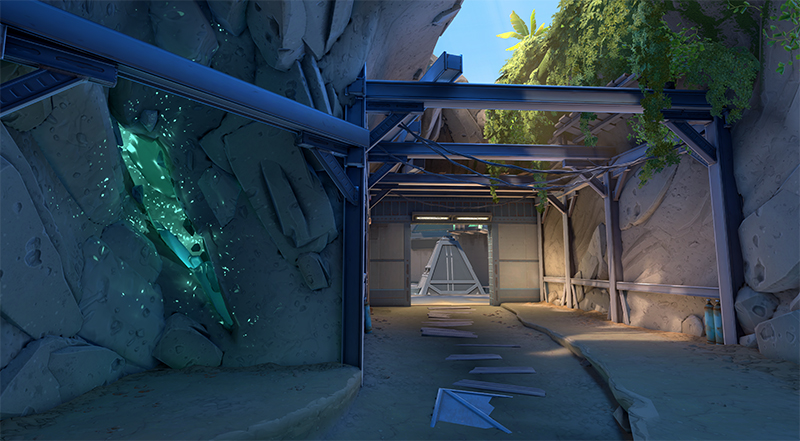 Smokes and flashes look to be essential on this map, crucial for pushing through the wide choke points. What's more, the size of the map sets it up to be a playground for Omen. It's easier to use his ultimate undetected, and his smokes and teleport could combine to set you up to surprise your opponent. Breeze has some verticality built into it too, not unlike Icebox, so both Omen and Jett could benefit from the ability to easily access high ground and hold some unexpected angles.

The open Mid area, with the giant Mid Pillar in the middle, looks like it could be hotly contested, similar to the way players love to peek Mid in Ascent. Defenders will be able to reach Mid Nest and hold down Mid Pillar before the attackers, but they are easily smoked off as well, unless they choose to push forward to Mid Stack. 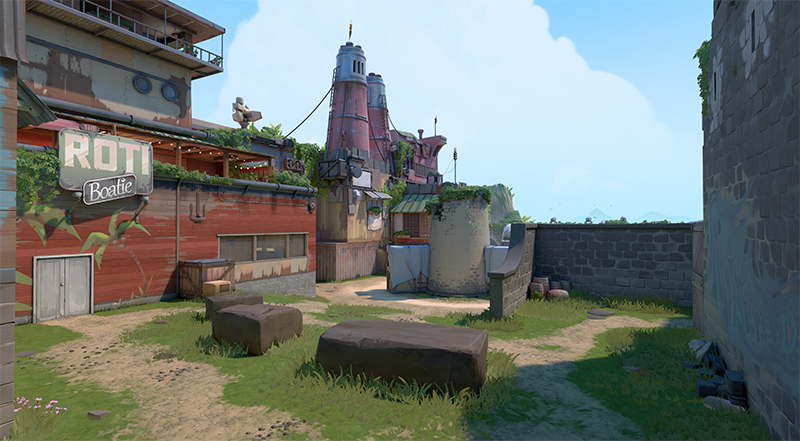 Of the two sites, B looks to be the one that's easier to defend, and harder to take. There's a relatively narrow chokepoint at B main, and attackers hoping to pinch the site from the B Tunnel entrance will have to ensure that they secure mid control. Having said that, it's difficult to say for sure how this map will be played, and there looks to be plenty of room for creative Agent compositions and strategies on a map as complex as this one. 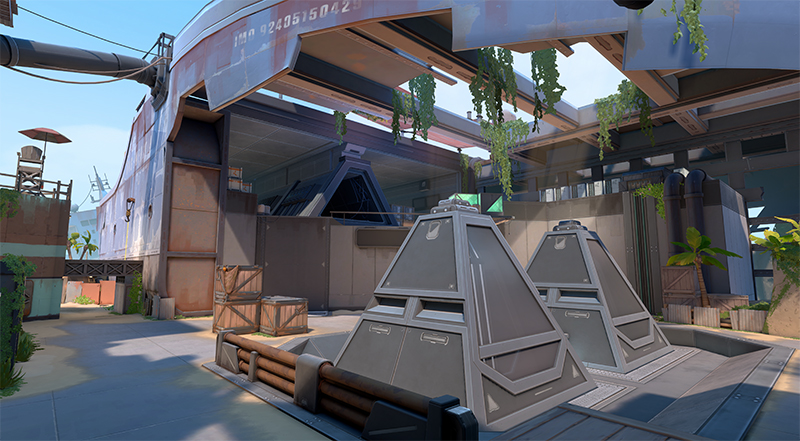 I expect the learning curve to be steep for Breeze, as it was with Icebox. There are plenty of nooks and crannies to get familiarised with, and the long sightlines and high ground will reward more precise aimers. While it may be tempting to peek early and take a fight, losing a man a few seconds into the round will be especially unforgiving for defenders given the loss of map control on a map this big.

Breeze drops April 27, alongside Valorant Episode 2 Act 3. There will be a 2-week Breeze-only Unrated queue before the map is added into the regular rotation for Unrated and Competitive.