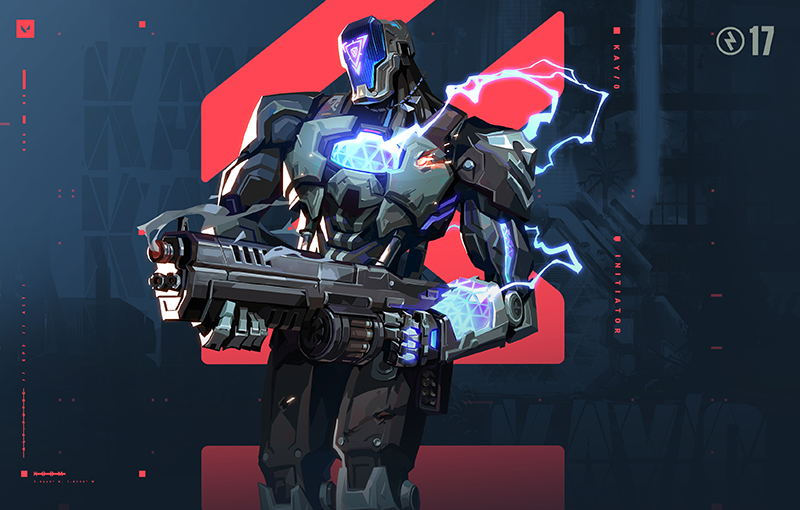 Is that the training bot?

Valorant’s upcoming patch pulls Riot Games’ hit shooter back to a focus on more precise gunplay. This shift comes in the form of a new cybernetic Agent and adjustments to weapon and ability prices, with cheaper weapons and more costly abilities. In addition, firing accuracy is being tweaked, and walking while shooting should become a lot less accurate, forcing players to actually counter-strafe before firing to maintain accuracy.

The introduction of KAY/O ties in neatly with these changes. Instead of showy abilities, KAY/O’s kit centres around ability suppression, forcing enemy Agents to rely on gunplay to net kills. KAY/O has a neat back story to tie in with what he can do as well. He’s a machine of war built with the purpose of neutralising radiants, which is Riot’s term for people with special abilities in the Valorant universe. 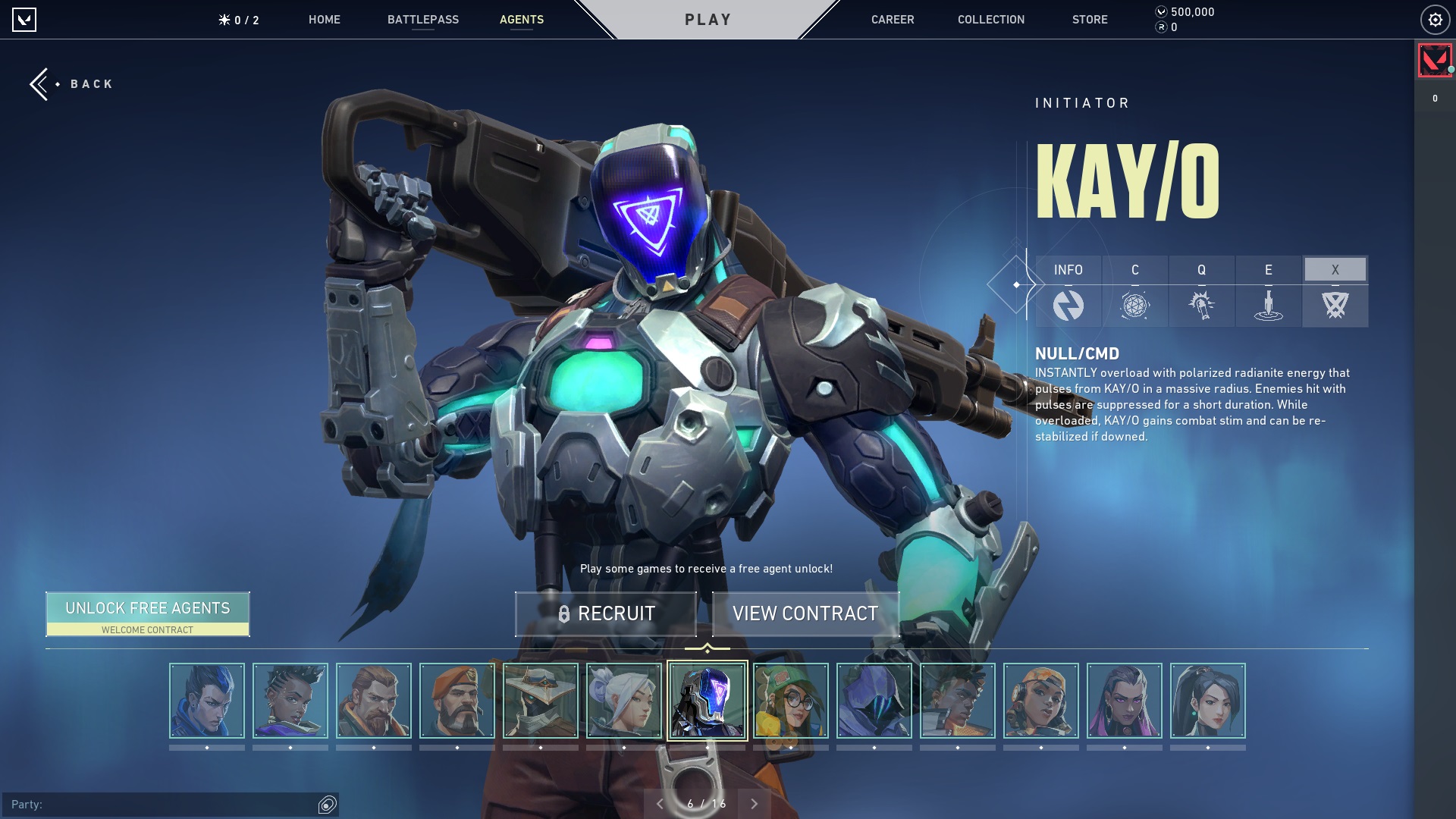 Here’s an overview of his kit: 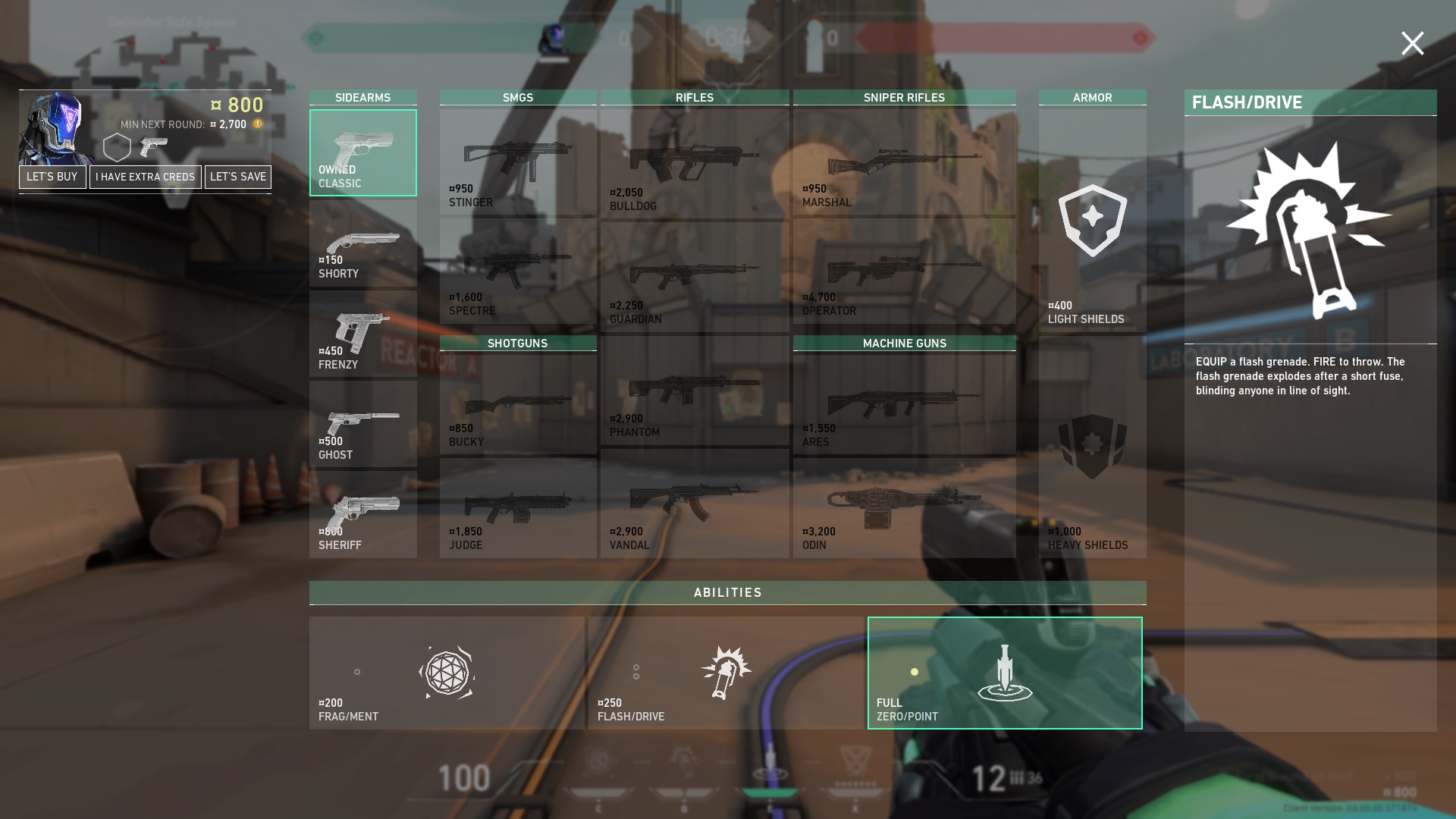 Riot Games designed KAY/O around the Initiator role, which means he’s expected to set his team up for attacks or site retakes. His kit is pretty well-rounded for that purpose, with a grenade for clearing out corners, a blade that gathers information and prevents enemies from using their abilities and delaying your push, and two unique flashes. Counter-Strike players will particularly enjoy the flashes — you can throw it to cover a longer distance, or lob it to mimic the effect of a pop flash, giving your opponent little time to look away. The latter is sort of a better version of Phoenix’s Curveball, because you can run in and peek the enemy just as it goes off.

KAY/O’s suppression blade is his most interesting ability. When used pre-emptively, it can slow down an enemy team setting up for a push, stopping a Jett dash or Raze satchel right before they have an opportunity to explode onto site. And because it works through walls and can tell you which Agents have been suppressed, it’s also an excellent tool for scouting and gathering information on pushes.

If you like to play aggressively and take early fights, you can use the blade in tandem with your flash to push the enemy without the threat of any counter-flashes.

His NULL/CMD ultimate is a supercharged version of the suppression blade. Lasting about 15 seconds, KAY/O emits suppression pulses in a radius large enough to cover the majority of a bomb site in most maps. Enemies caught in a pulse are then suppressed for a short duration, which means no flashes, slow orbs, or stuns while you’re pushing onto a site with your team. This should also make it easier to get trades, since a suppressed Jett or Reyna will not be able to dash or dismiss. KAY/O also gains a fire rate buff with his Combat Stim.

However, the most significant part of his ultimate is his ability to be revived by teammates if he goes down. If you die in the open though, your team might not be able to pull off a revive safely without getting picked off themselves.

The suppression mechanic interacts differently with different Agents and abilities. For instance, it will not affect Razer’s Boom Bot if deployed before she is suppressed, but Cypher’s traps, Sova’s Owl Drone, and Killjoy’s Turret are disabled when they are suppressed. A lot of this is tied to whether or not the skill was executed before getting suppressed, so Reyna will still be able to dismiss and heal if she is suppressed after she triggers those skills.

It can also nullify certain ultimates that have already been engaged, including Jett’s Blade Storm, Raze’s Showstopper, Sova’s Hunter’s Fury and Reyna’s Empress. However, it doesn’t affect Viper’s Pit, Yoru’s Dimensional Drift, or Killjoy’s Lockdown if they are already active. Some Agents will be able to pick off right from where they left off however. Yoru’s Gatecrash remains intact and he will still be able to access it once he is no longer suppressed, provided it hasn’t timed out.

KAY/O is basically a dream come true for those who wish Valorant was a bit more like Counter-Strike: Global Offensive. If you hate abilities, this is the Agent for you.