Valorant is available to play now: Here's what you need to know

Valorant is available to play now: Here's what you need to know

Note: This feature was first published on 1 June 2020. 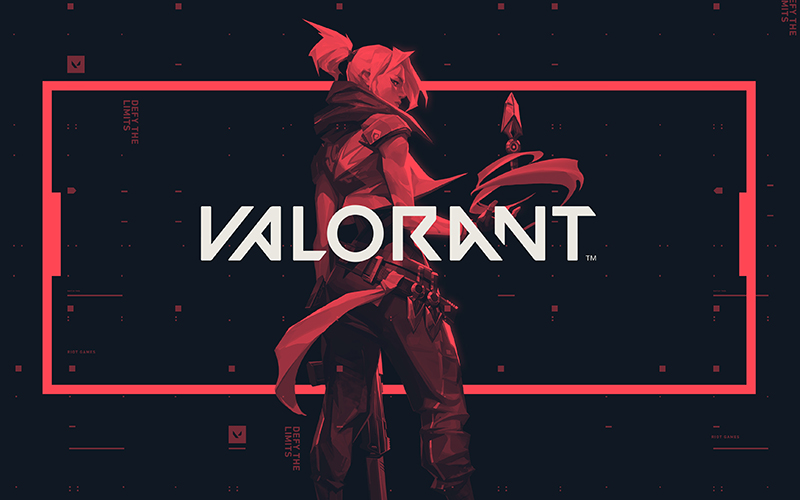 Valorant has all the makings of a great shooter

After two months in closed beta, Riot Games' free-to-play shooter Valorant will be available to play at 8AM here in Singapore on 2 June. Other than the mainstay that is Counter-Strike: Global Offensive, the first-person shooter scene has in recent memory been almost entirely consumed by Overwatch and a steady parade of battle royale games like Fortnite, PUBG, Apex Legends, and more recently, Call of Duty: Warzone. Valorant is Riot Games' attempt to bring back the slower, tactical shooter, putting it in the same company as Counter-Strike: Global Offensive and Rainbow Six Siege.

This is a shooter built around satisfying gunplay and mechanics, strategy instead of luck (no dying right after landing to an opponent who has somehow already picked up purple armour and an R-301), and meticulous teamwork. For a generation of gamers who have cut their teeth on Fortnite, Valorant will seem quite alien. But for Counter-Strike players, they'll feel right at home.

Last week, Riot Games held its Southeast Asia bootcamp, opening up its regional servers for play. Here's what I took away from the game, distilled down to its key elements. And yes, the local servers in Singapore feel absolutely amazing (there's a server in Hong Kong as well).

This is not Overwatch

Valorant's core gameplay mechanic is basically Counter-Strike, down to the bomb defusal mode and economy system where you have to buy guns at the start of every round and "eco" if you lose too many rounds. Even this mechanic requires teamwork – after a round loss, you'll need to discuss with your team whether to buy or save. After all, there's no sense in having someone waste their cash on weapons and abilities, only to lose the round anyway because the rest of the team can only afford pistols.

While Valorant may appear visually similar to Overwatch at first glance, with colourful abilities and unique Agents, it in no way resembles Blizzard's hero shooter. The only similarity the two share is the fact that they both have heroes with abilities. But even the nature of their abilities differ – while Overwatch is a game where an ultimate can turn the tide of battle and special abilities comprise the core of how you play each hero, many of Valorant's abilities instead double as some variant of the smokes and flashes you find in Counter-Strike. This means that they complement the gunplay, rather than overwhelming it, and many Agents have ultimates that don't even do any damage and are more concerned with gaining some kind of tactical advantage over the enemy. And while ultimates that do inflict damage, such as Sova's Hunter's Fury or Brimstone's Orbital Strike, might still be able to score you kills, it's unlikely that they'll be able to net you a team wipe. 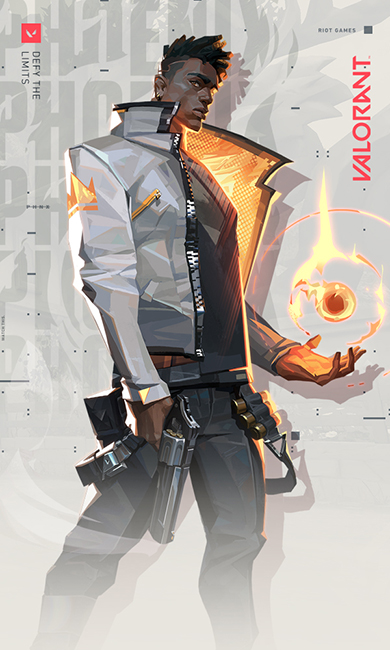 Furthermore, each of Overwatch's heroes has a different primary fire mechanic, which can be anything from shooting a regular gun, bow, or a healing orb. In Valorant, everyone uses the same guns, and everyone needs to know how to shoot. In fact, it's possible to win rounds without using your abilities, even if that's probably less than optimal. There's no less aim-intensive character that you can pick if you're simply more comfortable with supporting your team.

Finally, all Agents have the same base health and hit box – there's no tank for soaking up damage or nimble DPS characters.

It's more forgiving than Counter-Strike

If you're a seasoned Counter-Strike: Global Offensive player, you should slip into Valorant like it's a second skin. Counter-Strike is notoriously difficult to master, with unforgiving recoil, friendly fire, and specific grenade and flash bang angles to learn to set up a play.

Valorant's guns have easier recoil patterns, even if there's an odd element of randomness to them. And while your teammates' abilities can damage you, their guns won't. You can also see outlines of them through the walls, making it easier to get a sense of where everyone is. And then there's the nifty ping system, clearly inspired by Apex Legends. You can ping enemies, request for back up, or just mark a lane you're watching, a handy solution for when you simply don't feel like talking to a bunch of strangers.

As for utility angles, Breach's Flashpoint is effectively a flash bang that passes through walls, so you don't really have to be a master of in-game physics to use it, although you do still have to know the map well. And then there's Brimstone's Sky Smoke, which basically lets you call up the map and put down a smoke at a chosen location in the immediate vicinity. However, that's not to say that you won't find yourself lining up corners to set up a play. Folks have already discovered plenty of creative uses for the Agents' various abilities, and you can be sure they'll see use in competitive play and on the ranked ladder. For some idea of what I'm talking about, look here.

The game gives you helpful cues about vital developments as well. When the Spike is dropped, a notification pops up informing you that the Spike carrier has been killed. This will then allow you to rotate off your site and guard the spike, assuming it's not your bomb site that's been attacked. And when you're the last player standing, an in-game voice over will tell you exactly that, so you know to play more carefully. I've lost track of the number of times I've had a teammate make a play they really shouldn't have in other games with Search and Destroy modes because they didn't know they were the only one alive, and this should help with that. Similarly, if there's only one enemy remaining, the game will tell you too so you can hunt them down. 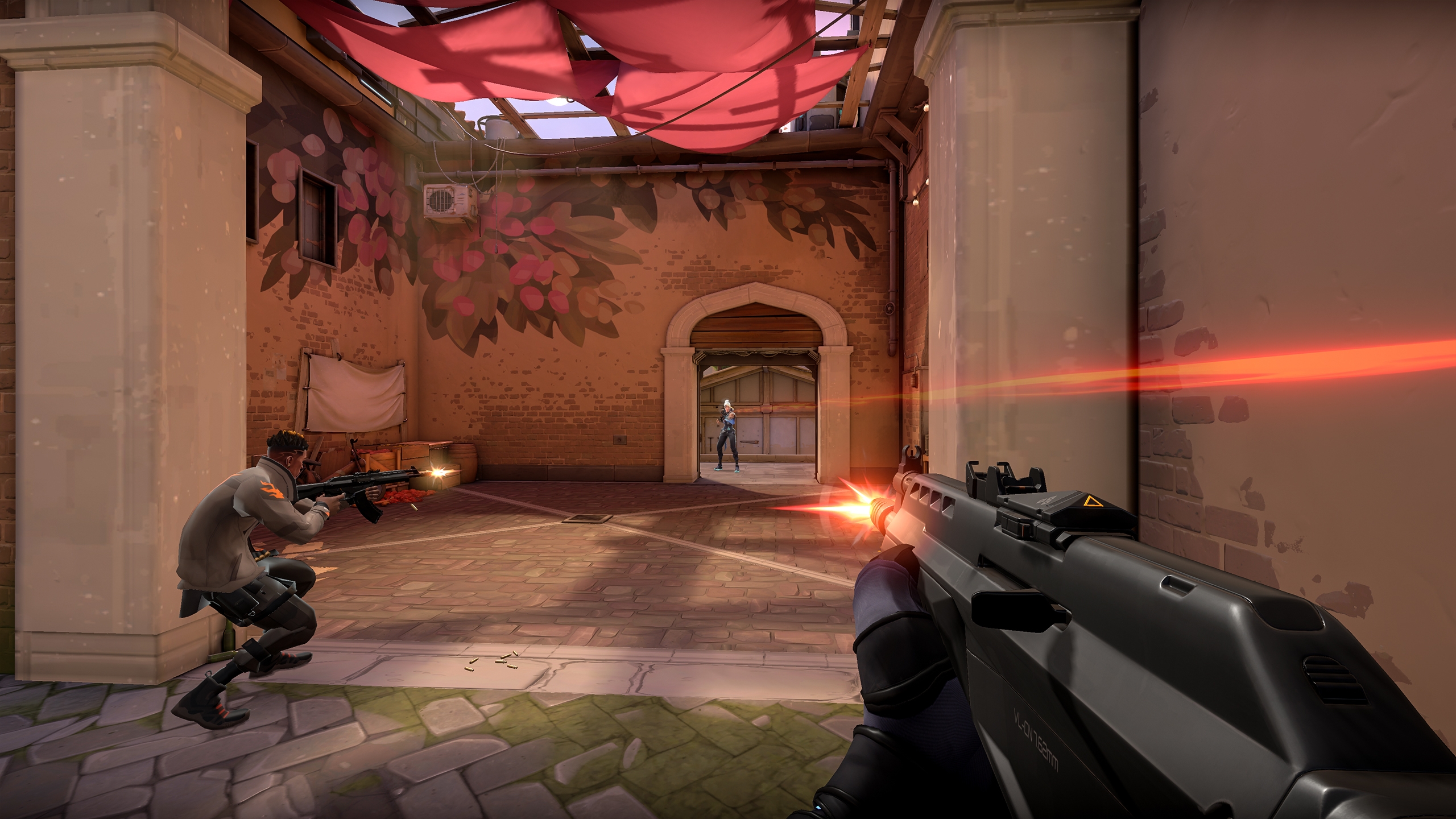 Valorant was built to be a slow, methodical shooter in the style of Counter-Strike. The addition of abilities do give it a more frenetic edge, but at the end of the day, this isn't a game where you just jump around a corner into a bomb site with your gun out. On the attack, you'll need to check corners and clear out possible angles that your opponent could be holding before you walk in, all while utilising the various recon abilities to gather information and decide which bomb site to hit. When defending, you'll need to pick sight lines to lock down, while also looking (or listening) for information on where the opponent is. If you're on defense, you generally shouldn't find yourself actively running around the map and hunting for them at the start of the round either.

Gunplay also feels vastly different from Overwatch, Fortnite, or Apex Legends, where time-to-kill is relatively high and finesse in tracing your opponent across the entire length of your screen will net you kills. Valorant is quite the opposite – engagements are lightning fast, and headshots will put you down instantly. You almost never have to trace anyone, and having good crosshair placement and being able to predict where your opponent will show up (or flick to them accurately) will help you do well.

On top of that, Valorant isn't a game where you'll be able to land fancy jump shots or jump around while shooting in the hopes that this will throw your opponent's aim off. The tagging in Valorant is brutal, and once you are shot, you're heavily slowed and it's almost impossible to get away. The team at Riot said they implemented this deliberately to reward players for catching someone out of position and to encourage slower and more tactical play. What's more, as with Counter-Strike, accuracy while jumping or moving is greatly decreased. In Valorant, you can forget about running and gunning for the most part.

A word on map design

Valorant's map design has drawn some criticism over the course of the closed beta phase, with some complaining that the maps have way too many corners to check. While the game certainly does have a lot of those, and even more odd spots to clear out with characters like Jett that can fly up to sit on boxes, Senior Game Designer for Riot Games Sal "Volcano" Garozzo has defended the team's design choices.

"There is a reason for it being that way, given how much flush utility and recon utility is in the game. Once teams get really proficient at using that on the attacker’s side, it ends up being really helpful having those corners,” he says. According to him, the team also tested versions of the maps without those corners, and it got really difficult to play with all the recon tools available to the offense.

The maps deviate from Counter-Strike, to say the least, and Haven even has three bomb sites. Many maps in first-person shooters generally have a "mid" area that is its own area to lock down, and in Haven, the Riot team decided to make the middle so important that it was a dedicated bomb site. But in Bind, they went in the other direction, removing the middle entirely and allowing for fast travel between sites with teleporters.