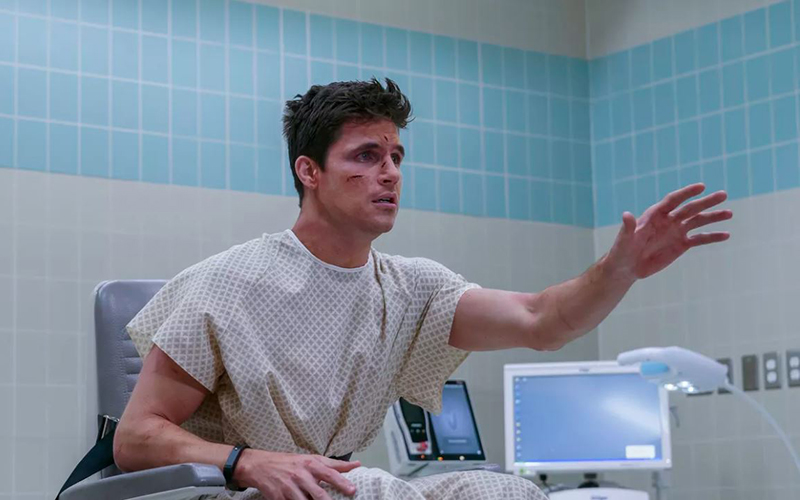 Few topics in the field of futurism have seen more chatter than the conversation surrounding the question of how to extend human life, or at least, some version of our consciousness. In fact, the afterlife has been trending on streaming television lately, with shows like NBC's The Good Place and Amazon's Forever. Netflix's beloved science fiction series Black Mirror even had its own take on it with San Junipero, which was arguably one of the show's more feel-good episodes in a series of dark and depressing tales about technology and the future.

Enter Upload, a new original from Amazon Prime Video by The Office co-creator Greg Daniels (also known for his work on The Simpsons and Parks and Recreation). Starring Robbie Amell, who you may know as Firestorm on CW's The Flash, Upload centers around Nathan Brown, an upstart computer programmer who gets into a self-driving car accident and finds himself in Lakeview, a virtual afterlife set by an idyllic lake. The year is 2033, and humans have finally cracked the code on how to exist – calling this living is a bit of a stretch here – forever. That is, if they can afford it.

As it turns out, there are many versions, and tiers, of the afterlife, some more luxe and exotic than others. Lakeview is one of the more upmarket options, so Nathan lucked out. Sort of, anyway. Uploaded by his girlfriend Ingrid, who he's been trying to leave, Nathan finds himself now under Ingrid's thumb. Whoever pays for your subscription to your afterlife basically owns you, and they can choose to delete you any time. Tough.

In case it isn't already abundantly clear by now, the real villain in Upload isn't technology, or even people themselves. It's capitalism. Even in death, people still have companies trying to profit off them, such as by imposing data caps or locking certain savoury treats in the mini-bar behind a literal paywall. Fortunately for Nathan, breakfast is included as part of his subscription plan at Lakeview.

In a line that perfectly encapsulates what Upload is really about, David Choak, a parody of one of the Koch brothers, proclaims proudly, "Heaven showers its bounty on the prosperous and the wealthy are the most worthy of his Grace." 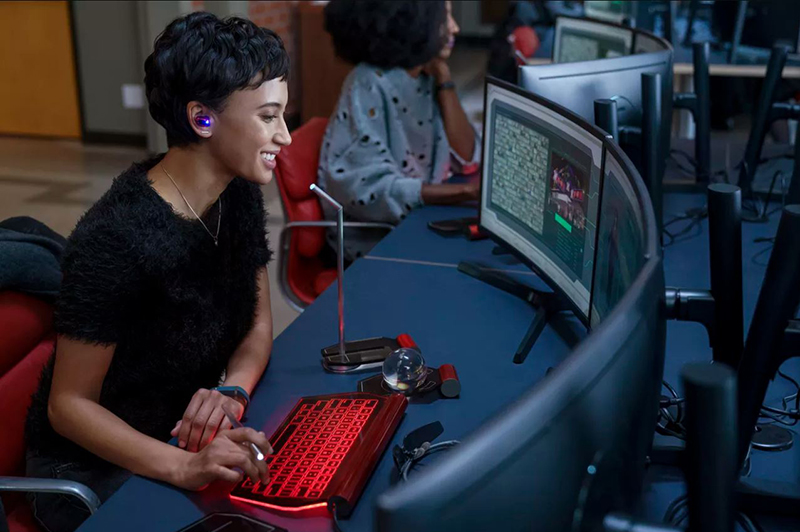 For a comedy, Upload is surprisingly dark, cynical, and a little creepy at times. It's obvious from the start that Lakeview is manufactured and patently artificial. When strolling through the forest in his backyard, Nathan finds that the leaves are stamped with Horizen's name, the company that runs Lakeview. The digital afterlife isn't some virtual heaven where people get to live in bliss forever – instead, its occupants are at the mercy of the corporations who code and run their entire existences. Their entire world can be changed with an update patch, and the customer service representatives, who Lakeview residents call "angels", are able to put their charges to sleep whenever they want.

More disturbingly, there's no semblance of privacy either. In one telling scene, a manager at Horizen makes a show of disabling Privacy Mode, which apparently only exists to lull residents into a false sense of security. She then proceeds to observe select residents doing whatever it is they thought they required extra privacy for, a pointed move aimed squarely at today's tech giants and their questionable privacy policies. 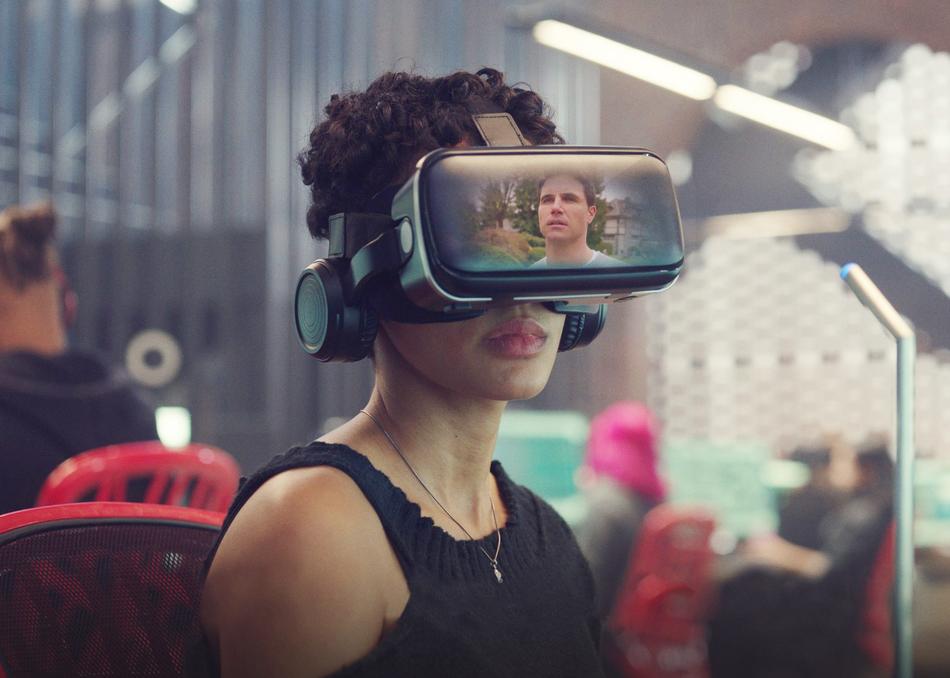 In many ways, the world of Upload, including the real one that Nathan's angel, Nora, lives in, is a version of our reality taken to its logical extremes. You get phones that are practically attached to people's bodies – they don't appear to be physical devices anymore, and instead take the form of holographic screens that you project from your palm. Then there's the Nitely app, 2033's version of Tinder. Much is said about the power of Nitely's algorithms, which are supposed to find you your perfect match. But as the app's name suggests, Nitely is really more an app for quick hook ups rather than lasting pairings. And then there's a new condition called "vape lung", which is a possibly prescient nod to a future where we find out that vaping isn't much better than smoking after all. As Nora tells her boss, her dad thought that vaping was safer, but then "all the studies came out".

Upload is satire, and a really good one at that. Its multiple references will give many people concerned about the growing power of tech giants and the outsized impact of technology on our lives a chuckle, while raising probing questions about things like inequality and the way free market capitalism is shaping our society. Concerned about corporations getting too big? At least we don't have things like Oscar Mayer Intel and Nokia Taco Bell yet. 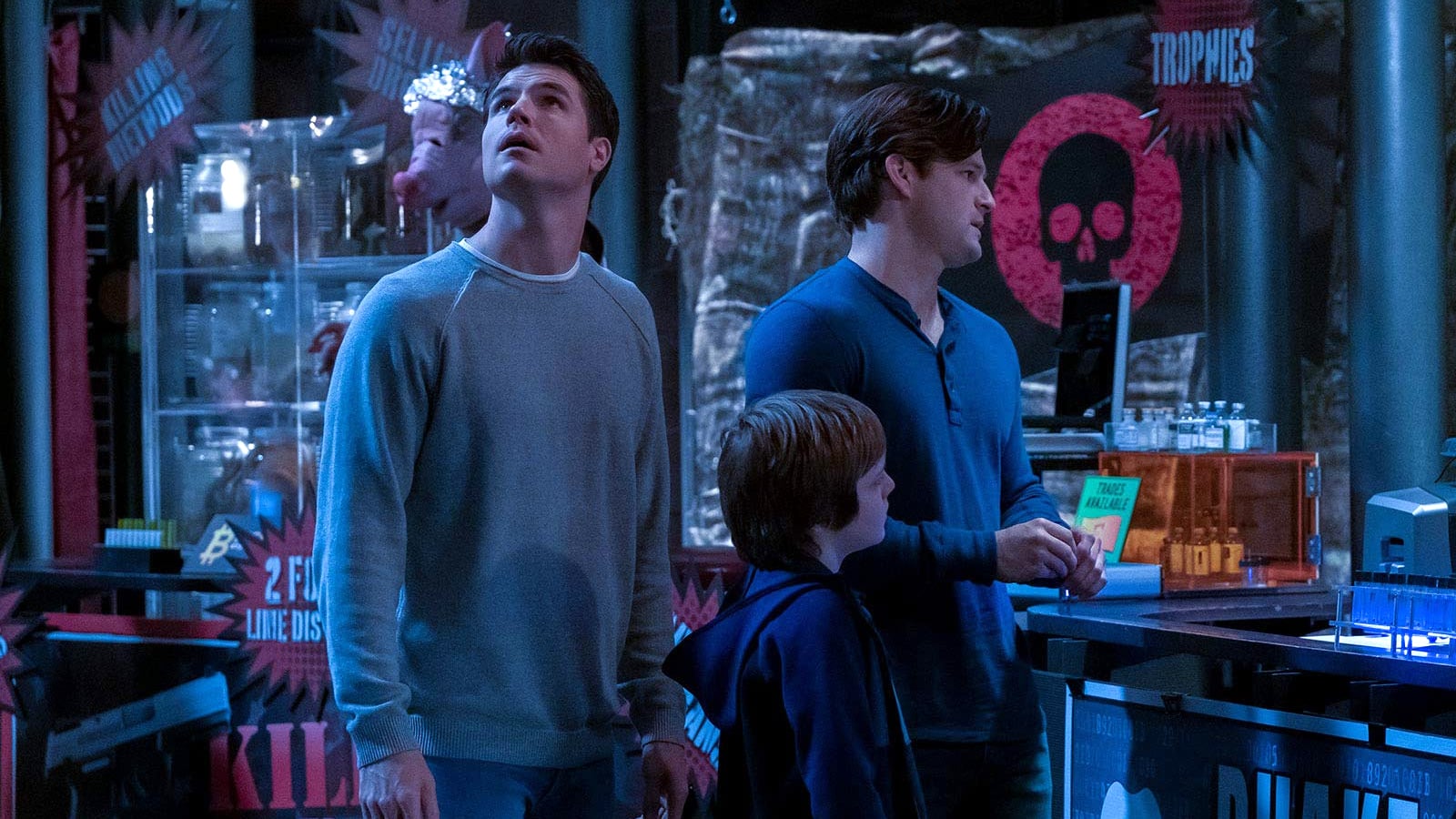 At Lakeview, there's even a class system in place. The lowest tier is dismissively referred to as 2Gigs, where residents only have 2GB of data every month, and everything from reading to thinking too hard consumes data. When occupants have exhausted their data cap, they're frozen in place until the next month, a delicious parallel of the data limits on mobile and internet plans today.

Techies will appreciate the nods the show makes to familiar technological tropes as well. The sunlight glinting off the lake at Lakeview is apparently nothing more than a repeating GIF, and when the lake gets too crowded, the frame rates, hilariously enough, drop. There are even different instances of the lake, so Nathan never gets to see all of Lakeview's occupants, an obvious parallel to the different servers and instances that break up certain game worlds today. 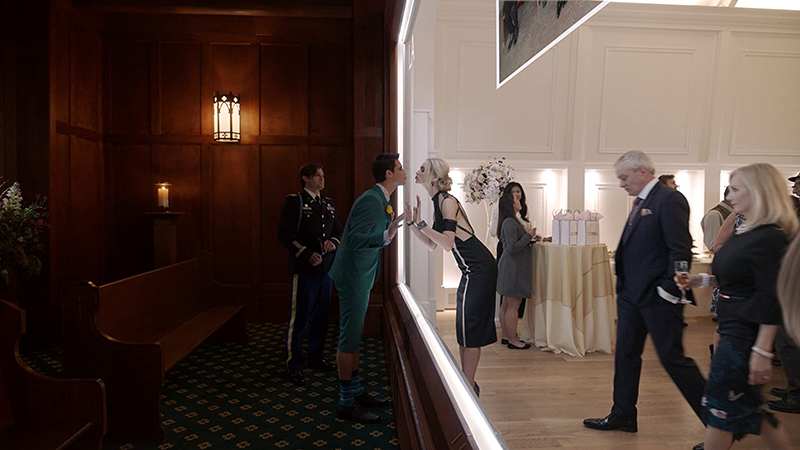 There are bigger questions being asked here too. Plenty of people, including Nora's father, think that uploading is an unnatural way to postpone death. There's also the issue of whether or not these digital consciousness are real people, or mere simulacra. Is a copy of your mind really you?

Creator Daniels has described Upload as a "philosophical romantic comedy science fiction murder mystery", which I find to be pretty spot-on. There's plenty here to satisfy everyone, from science fiction junkies to those who love whodunnit murder mysteries. Upload also draws a fascinating picture of the future, one where humanity has sort of overcome the finality of death, but may somehow actually be worse off because of it. It's not as dark as Black Mirror, but the blithe manner with which everyone appears to have accepted the status quo makes certain aspects even more unsettling at times.

That said, Upload stands out because of its light-hearted comedic nature. It is suffused with substantive ideas about capitalism, technology, and inequality, but it never feels too smart for its own good. There's plenty to sink your teeth into here, and Upload's version of a science fiction dystopia that doesn't feel too dark or heavy to binge in one sitting makes for really compelling television. It is wonderfully inventive – one of my favourite scenes involves a man who pays Lakeview on a per-sneeze basis, just for the chance to feel sick, and hence alive, again – and it's great fun seeing capitalism in all its ridiculous forms. One could accuse Upload of trying to cram too many discordant ideas into a single show, but I'm of the opinion that that's exactly what makes it such an enthralling ride.