Is Unreal Engine 4 being free really a good deal?

Is Unreal Engine 4 being free really a good deal? 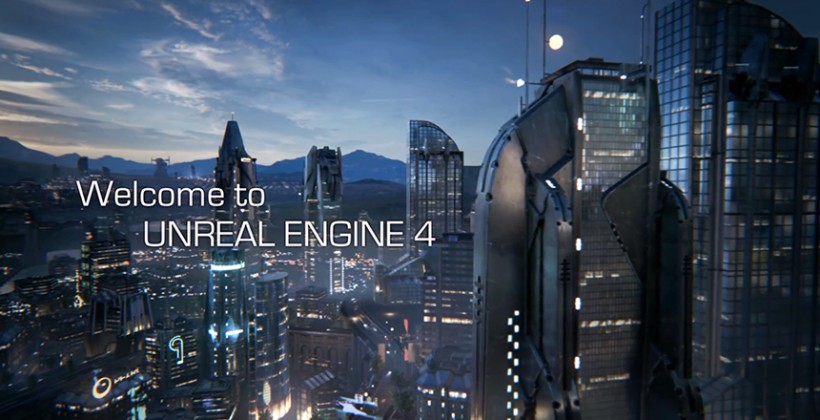 Getting the framework right

Video games are complex things. Like any good recipe, a good game requires a balance of ingredients to ensure that the final product is palatable. Chief among them is a good game engine. A game engine is similar to a car's engine (or any other engine actually), in that without a decently performing one, everything else can't be run efficiently. At best, an inefficient engine hampers developers and at worst, it completely makes a game unplayable. They are essential but they are also one of the biggest sources of problems in game development.

Creation of a game engine isn't exactly an easy thing. It uses tons of resources and requires specialized expertise. In fact, most engine creators are wunderkinds (like John Carmack or Ken Silverman) or are a large team working together for years to hammer out the required framework. Sometimes, it's even both. Either way, engine creation takes a lot of effort and trial and error, which is why not every company can afford a custom engine. At its most basic level, it's simply not cost effective. Most companies simply aren't willing to spend resources on a custom engine that might not work as planned when tried and tested third party engines exist, even more so in today's industry, where games are costing millions to produce.

It's much more visible in the Japanese gaming industry. For decades, major Japanese companies all used their own proprietary engines for their games, making it almost a point of pride to have them. But in recent years, all this is slowly changing. While developers like Capcom still have their proprietary engines like the MT Framework or Panta Rhei, their games have also slowly started to use third party engines too. The upcoming Street Fighter V won't be using any of Capcom's in-house tech, instead it'll be made completely using Epic's new Unreal Engine 4.

Here's a look at what Epic's newest engine is capable of.

There are a ton of different engine solutions out there, with some available to be licensed, provided of course you have the financial backing. Well, at least it used to be that way. Just rewind a decade or so ago and you'll find that licensing costs for a decent engine can easily go into the millions. Depending on creators, engine licenses could come in many tiers, with each tier having its own benefits. Basically, the more you pay, the more perks you get. Unreal Engine 2 followed a similar business model, though Unreal Engine 3 ditched it and focused on having a single price point (which was around two million dollars at one point). Licensing a well known game engine used to be a sign of a triple A game, at least in production values if not in quality.

That's no longer the case. With indie development booming, third party engine developers are slashing licensing fees and restrictions. Whereas the past Unreal Engines once needed developers to show technical proficiency in its usage before Epic would consider licensing out their engine to them, now anybody with a decent computer can work on them. Take a look at what some of the most used engines cost to use today:-

On initial impression, Epic Games making the Unreal Engine free seems to be a great deal. After all, Epic is promising everything (support, updates and other resources) free to everybody. Listen to Epic's head honcho Tim Sweeney talk about it.

Epic's move to make the Unreal Engine 4 free isn't without some conditions though. While there are no upfront licensing fees, Epic is however asking for a 5% cut of the earnings after the game breaks a US$3,000 profit ceiling, which will be applicable every quarter. That means if a game  makes a profit of US$10,000 every quarter for the rest of its life, Epic stands to get a share of US$350 (5% of $7,000) every quarter. On the other hand, Crytek's and Unity's scheme has the developers paying a set amount every month, but all of the profits generated by their game is theirs to keep. Again, take a look at the table below.

If a game makes US$1 million during it's first quarter, US$997,000 is up for a royalty cut to Epic. That means that while the engine use is free, Epic's royalty clause of 5% per quarter means the game's developers need to pay them US$49,850. It's much more expensive in that regard than either using Unity or CryEngine. The more money a developer makes, the more money Epic makes. While this might sound like win-win for all parties involved, it may not actually be financially sound if you're a huge company planning to sell millions of copies of your games as instead of paying a single flat fee up front (or monthly), you're forced to keep passing money on to Epic for as long as the game enjoys profits of above US$3,000 per quarter. US$3,000 is an easy target for companies with triple A titles so they're unlikely to have any quarters where they'll be exempt from paying Epic's 5%.

To further illustrate this point, consider the following scenario. Let's say for example that Epic offers a flat licensing fee as an option. A developer pays US$5 million and gets usage of Unreal Engine 4 for a game they're developing but with zero royalty fees. If you're a big developer who can afford that US$5 million and are developing a game that's sure to sell like Halo or Gears of War, Epic's 5% clause might actually cost you more than that $5 million lump sump in royalty payments. Halo 4 made US$220 million in the first 24 hours alone, so if you're using Unreal Engine 4 based on Epic's new licensing model, Epic's 5% royalty would translate to royalties in excess of US$10 million and that's just the beginning. As long as Halo 4 makes more than US$3,000, Epic will continue to receive a share of the profits. Of course, not every game will be like Halo 4, even if they're done by big name developers. But for rare instances that a game is a major success, using Unreal Engine 4, with Epic's current stipulations, could end up being costlier.

Of course, that's not to say Unreal Engine 4 being offered for free is a bad deal. For students and academic usage, it will be a huge boon and will undoubtedly benefit Epic in the long run as more people are exposed to its engine. Unity does have a free version, but it's not full featured and CryEngine only has student editions for the older versions, not the latest iteration of the engine. Unreal Engine 4 is as cutting edge as you can get right now. Tons of big titles will be using it (just wait for E3 later this year to see proof of this) and making it free to use means there's zero reason to not have a working knowledge of it, even if you're not actively working on a project that uses it. In short, this move could very well make the Unreal Engine 4 the most widely used and popular game engine in the industry.

For independent developers, this move should be seen as a positive one, though it's also a bit of a double-edged sword. If the game turns out to be the next big thing, the developer could end up paying Epic a whole lot more than if they'd simply license other engines. Then again, which developer in their right mind wouldn't want their game to be a massive hit? Given that Unreal Engine 4 is free to use, we wager a lot of indie developers wouldn't mind paying Epic extra so the trade-off might still actually be worth it.

All this said, Unreal Engine 4 is not the only free-to-use game engine around as Valve has just also just announced that its new engine, Source 2, will be completely free with no royalties involved. Details around Source 2's capabilities are hazy at the moment except that it will support the Vulkan 3D graphics API. But considering that the previous Source game engine powered games such as Dota 2, Portal 2, and the Left 4 Dead series amongst other, the new Source 2 engine should be no slouch. Plus, the fact that it is completely free will also give developers something to really think about when deciding on which engine to use.

While there's no hard and fast answer as it all ultimately depends on who is using the engine and for what purpose. What we do know is that it'll be interesting to see how the gaming industry reacts to these recent developments. Smaller independent developers will of course welcome it, but it might not be the case with bigger developers. Will we see the industry gravitate towards Epic's Unreal Engine 4 or Valve's Source 2? Or will we see a shift toward other game engines? Only time will tell.