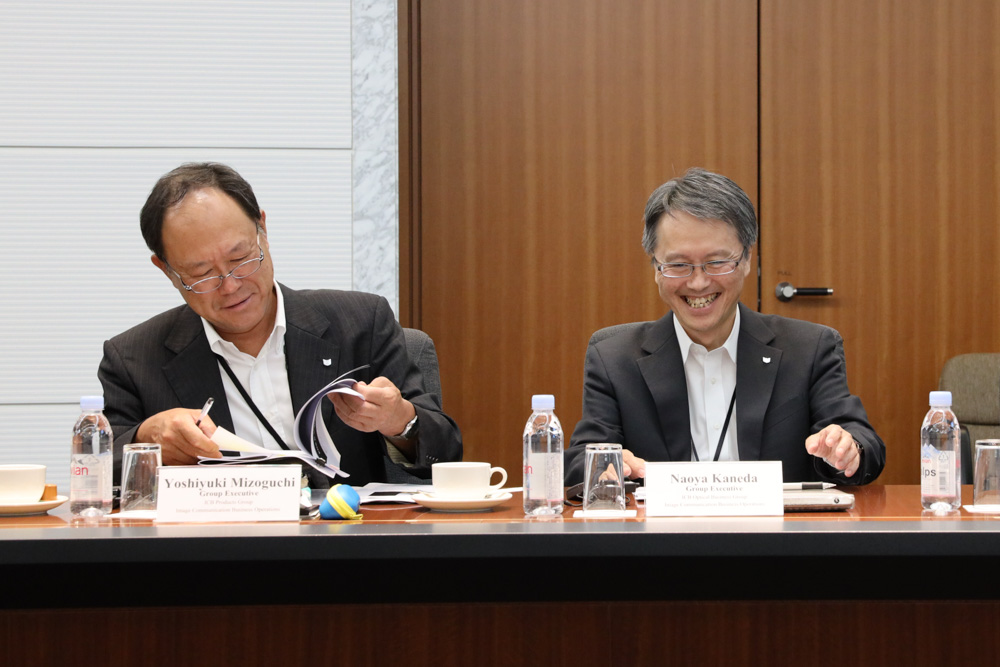 This post is the second of a series of interviews held in Canon headquarters in Tokyo, Japan. The first post discussed why the EOS R doesn’t ship with in-body image stabilization and shoots 4K video with a 1.7x crop.

The EOS R represents a new beginning for Canon, but it has come later than expected. Panasonic and Olympus introduced the Micro Four Thirds mirrorless system back in 2008. Canon announced their first mirrorless camera, the EOS M, in 2012. The EOS M came with an APS-C sensor and ushered in the EF-M mount. But Sony upped the game with its first full-frame mirrorless cameras, the A7 and A7R, in 2013.

It’s taken a good five years for Canon to swing back with its own full-frame mirrorless system. I visited Canon headquarters in Shimomaruko, Japan, to speak with executives about the EOS R. This conversation revolves around the strategic decisions behind the EOS R. Why it took this long to come to market, how Canon plans to catch up, and how it’ll balance sales between its EOS R and DSLR cameras.

Why has it taken this long for Canon to release their first full-frame mirrorless camera?

Yoshiyuki Mizoguchi: I could talk about this forever, but it all starts with the spirit we have of pursuing the ideal lens.

We’re proud that we’ve come quite a distance with the EF lenses. But if we were to remove all the constraints and achieve high-spec lenses, then there were a lot of challenges we had to face.

One form of the solution is what you saw today, which is the RF mount. It enables large aperture, short back-focus (flange-back distance), and high-speed, high-volume transmission lenses. That is what we were trying to achieve, at least from the lenses’ side, and here we are today.

To realize the short back-focus, the camera would have to go mirrorless. That’s why we pursued mirrorless, it was not for the sake of merely making a small camera. We always want to expand the image capturing domain for our users. To do so, we needed high-spec lenses. Thus, we also needed the structure of the mirrorless camera.

In pursuit of that, the end result became what you saw today. 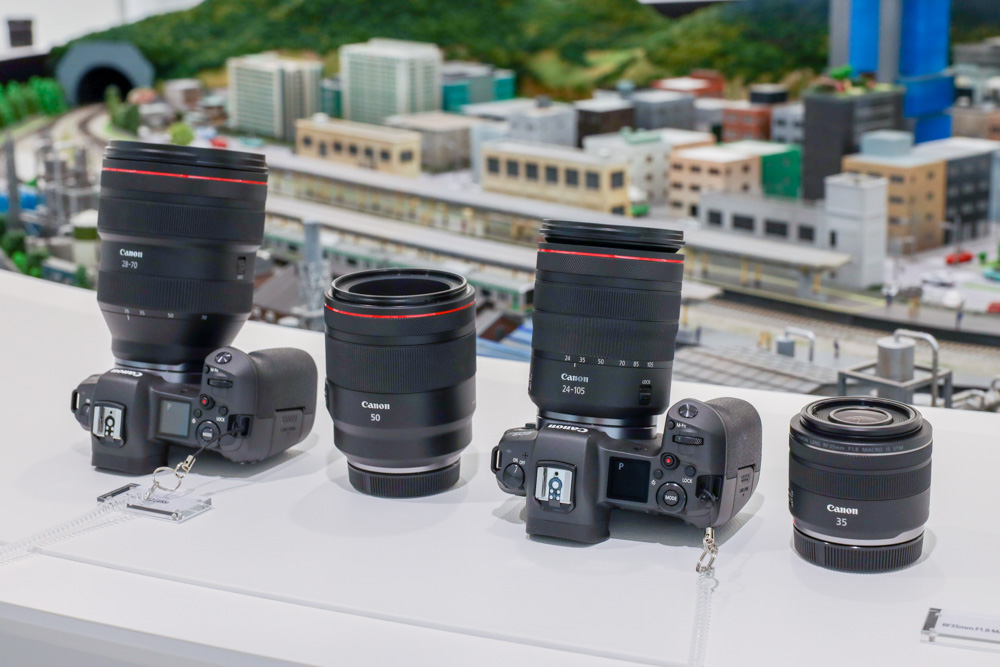 If we are to make such a camera, we need to cater to the needs of what we call the ‘high amateurs.’ They want diversity in the way they express themselves as well as a high level of image capture. That would require a full-frame sensor, and the kind of effects they demand are at a very high level. In order to meet those demands, it took us time to develop such a good product.

Of course, you’re already familiar with the EOS M series, the lighter, smaller mirrorless cameras. For several years, we accumulated the learnings from the EOS M. We’ve finally been able to leverage that into more exciting products for the high amateur group. So that’s the reason it ended up looking like the product you see today.

As a latecomer, how does Canon plan to gain market share in the full-frame mirrorless market?

Yoshiyuki Mizoguchi: It’s about tapping into our strength. Canon’s strength has always been that we provide the key elements of the camera. The lenses, the engines, the sensors — they’re all made in-house. That always has been and will be our strength.

One good example of this strength is the Dual Pixel CMOS AF (autofocus) that’s in the EOS R. On one pixel, there’s a signal for the visual information and another signal for autofocusing. You might think that Dual Pixel AF will work simply by making the sensor. It doesn’t. The lenses, the engines, the sensors, all three have to be finely tuned and work in tandem.

This is possible because we make our own products. It doesn’t only apply to autofocus, which is one example.

Naoya Kaneda: Your question pertains to how we’re going to catch up and recover what we lost because we were late. That’s not how we see it.

Our target group, which is the high amateurs and the professionals, use their cameras as a camera-lens system. Each of these high-level users has their different needs. And it’s about making sure we provide the best evolution of the output from their cameras.

That’s how we see the whole picture. It’s not about market share, it’s about how we are able to cater and provide solutions to high amateurs as well as professionals.

Our philosophy is that with or without a mirror, it’s a Canon camera. And our position is that we need to make sure we have an extensive portfolio of options for these high amateurs and professionals, to realize what they want to express. The Dual Pixel CMOS AF made a major leap with this product. At the same time, we also evolved the electronic viewfinder. These technologies are very conducive to the mirrorless cameras but there’s a reason why we launched it now. I think we have a new value proposition that’s different from the conventional cameras with mirrors.

For example, you might find the new 28-70mm f/2 lens a little large. But if we were to make something with the same spec for a camera with a mirror, it would be so big you couldn’t handle it. Or it would be so expensive nobody could afford it. But this is a small and light lens. This is a new value we can provide the users, and that is Canon’s strength.

How will Canon balance sales between DSLR and mirrorless cameras in the near future?

Our stance is there is always going to be different needs to address in the interchangeable lens market. So we will always be able to accommodate both DSLR and mirrorless cameras. It’s all about the comprehensive total line-up we provide.

In the future, we will focus on the strengths and features of both mirrorless and DSLR cameras, and continue to introduce innovative products.

As an end result, I’m sure our customers will choose either the mirrorless or DSLR. Whichever they choose, I hope we will be able to provide a comprehensive full line-up for them and make sure we capture all their different needs. By doing so, that’s the way we can expand our own business.

How does Canon plan to become number one in the mirrorless full-frame market? Yoshiyuki Mizoguchi: I don’t know if I should say ‘number one.’ But I want us to become the camera manufacturer who understands users’ needs the most, so people will think Canon knows them.

What we do with our products is going to be the testament. We want to expand the image capturing domain for our users. I know it’s one by one, but we’ll be tenacious in addressing each specific needs of these users.

We came up with this new, unprecedented spec for our lenses. In order for that lens to function, we needed the system, we needed the mount. And now we’re here. From here on, it’s about going beyond.

Naoya Kaneda: You know, we always say that of course, we should be aiming for number one. But it’s more about making sure the customer in front of you sees the value. And at the end of the day, you realize you’re number one. That’s the more preferable scenario for us.

We came to the starting line now because we developed this new mount. Now we’re excited to see what the future holds with this new potential.