Paying via a mobile wallet 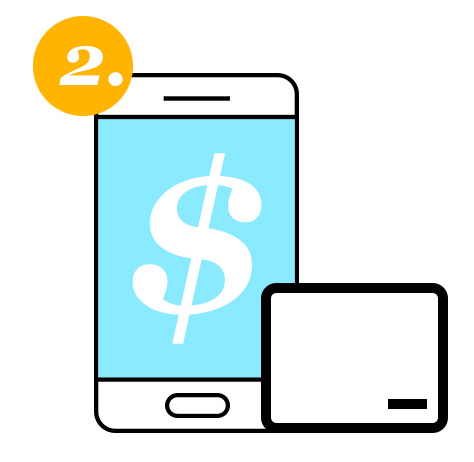 A second way you can pay using your smartphone is via ‘cash’ stored on a mobile wallet inside an app. It’s like having a digital cashcard inside your smartphone, which you have to top up in order to spend.

There are two mobile wallet services in Singapore:

You can say that today’s Dash is Singtel’s third version of a mobile payment app. The first, mWallet, was launched in 2012, and has since been retired. Singtel and Standard Chartered Bank released the first version of Dash in 2014, and the app received a major update in May this year.

While Dash is from Singtel, customers from other telcos can also use it. You don’t need a credit or debit card, but you do need a bank account with the participating banks. Dash is a mobile wallet, which means you have to top it up with cash in order to pay for things. You should know that once your cash is in Dash, you can’t transfer it back to your bank account.

What can you use Dash for?

You can use the Dash app to make purchases over the counter if the store has a Dash terminal.

Dash terminals aren’t the same as the NFC contactless payment terminals being used by Android, Apple and Samsung Pay, or NFC cards like Visa PayWave. Dash terminals are Singtel’s proprietary terminals, so you have to find them in order to pay with Dash. The NFC chip on Apple devices can only be used by Apple Pay, so you need to key in the Dash terminal’s counter code to use Dash to pay on an iOS device.

You can also pay for online purchases on Lazada using Dash. You can send money to friends. You can also remit money overseas to people using Dash (you’ll need to sign up at the Singtel stores in Lucky Plaza and City Plaza first).

Dash can also be used to manage an EZ-Link NFC SIM card and pay for public transportation, which we cover in a later section.

Starting 20 July 2017, Dash users will automatically receive a virtual Visa account, which works somewhat like a Visa debit card. The virtual Visa can be used to pay at Visa payWave terminals with NFC-enabled Android smartphones, as well as on local e-commerce sites like Qoo10, Zalora, and HungryGoWhere.

Dash is one way you can use mobile payments if you don’t have a credit or debit card. With the addition of a virtual Visa account, you can also use Dash to pay at payWave terminals with NFC-enabled Android smartphones, even if you don’t have an actual Visa card.

Dash also has another interesting feature if you’re a Singtel customer. Instead of topping up your Dash mobile wallet via your bank account, you can also choose to top it up using your Singtel bill. In other words, you can top up the mobile wallet first (up to S$999), spend the money, and pay for the top-up later at the end of the month, when your consolidated Singtel bill comes in the mail. 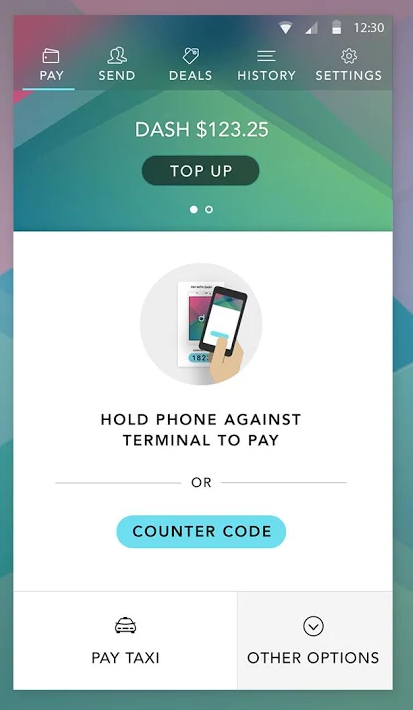 PayLah is a mobile wallet app from DBS that:

The app is available on iOS and Android.

What you can use PayLah for

Once you’ve linked your bank account, you can transfer funds into PayLah’s mobile wallet, where you do all your transactions. This also means that you don’t need a credit/debit card to use PayLah.

You can send money to contacts via SMS without having to know their bank account numbers, you only need their mobile number. Unlike OCBC’s Pay Anyone service, the recipients of PayLah fund transfers will need to download and register with the PayLah app within 14 business days after the transfer is sent. If they don’t, the sender will be refunded the full amount.

PayLah can also be used to pay on some online sites, like Qoo10.sg, comGateway and AXS.

Starting April 2017, DBS PayLah can also generate QR codes to receive and pay for things. To receive payments, you can generate a QR code to send to others, and to pay, you simply use the app to scan the QR code and make a payment from the digital wallet.

Starting June 10, 2017, PayLah users can use the PayNow service to transfer funds to someone using just the recipient’s mobile number or identity card number. Recipients must register their mobile phone or IC numbers with their bank’s PayNow service to receive money, and senders can use the PayLah app to transfer money from their DBS/POSB account or the app’s mobile wallet.

PayLah is one way for people to send money to friends and family, even if they don’t have a DBS or POSB account. You don’t even need to know their bank account number, you only need their mobile number or IC number. 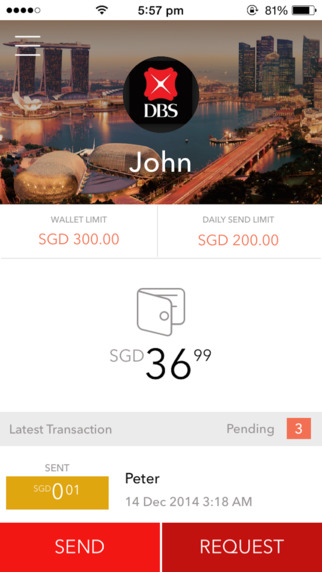