Welcome back to the Twilight Zone.

As a huge fan of the anthology format, The Twilight Zone is right up my alley. I never had much experience with the original series’ historic run, but I knew enough to get excited for the reboot last year - only to be let down hard. I distinctly remember only enjoying one episode of the entire first season - ‘Nightmare at 30,000 Feet’, though my Adam Scott bias might be showing there.

This season does not have Adam Scott, but it is nevertheless a sizable improvement in almost every way. The first season received a ton of criticism for extending the series’ usual 30-minute episode runtimes to a full hour, which led to stories that far outlived their welcome. Episodes relied too much on heavy-handed political commentary, often failing to stick the landing on their overall message.

This season seems a lot more outlandish, and a lot less dark. The show is finally letting loose and really having fun with some wild premises kicking off each episode. Some of it works. Most of it still doesn’t.

A dimension not only of sight and sound, but of mind For those unaware, The Twilight Zone is an anthology show in the same vein as Black Mirror - with each episode centred on a self-contained story with different characters. Black Mirror tends to focus on technological motifs, but The Twilight Zone is much more varied in its themes and stories. This season alone, we see aliens from outer space, body-swapping and cursed amulets.

I love the anthology format for its smaller, more self-contained stories - because they’re just bursting with potential. The Twilight Zone boasts such an amazing cast - Gillian Jacobs, Joel McHale, Morena Baccarin, Topher Grace, Christopher Meloni and Jurnee Smollett being just a few of the actors I was looking forward to seeing this season. Unfortunately, most of them are utterly wasted on episodes that fail to push admittedly great premises to equally great endings.

Most of these episodes actually start off really strong. ‘A Small Town’ for example, begins with a man finding a small-scale model of his town. While tinkering with it, he discovers that any physical change he makes to the model happens to the real town outside as well. Repainting the model diner repaints the same diner in real life. A rock turns into a meteor when dropped on the town. A tarantula… turns into a kaiju.

Unfortunately, like many of this season’s episodes, the episode fails to capitalise on an interesting premise and churns out a weak ending, with characters making one nonsensical decision after another. That... is pretty much the entire season in a nutshell.

The middle ground between light and shadow 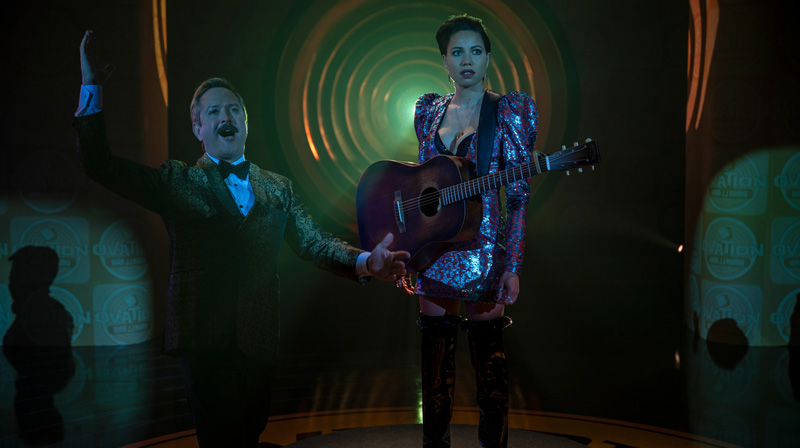 That being said, I did mention that this season is very much an improvement over its predecessor - which is not saying much, honestly. There are some episodes this season that I really liked, particularly ‘The Who of You’. This Quantum Leap-like episode follows a man who attempts to commit a bank heist, during which he discovers the ability to body-swap with other people.

It’s by far my favourite episode of the show, making use of the anti-hero’s powers in a really fun and creative way. It eventually heads into a pretty great climax - only to throw in a wholly meaningless twist to give the ending more weight than it actually needed. It’s the rare occasion of an episode pushing its premise too far, while the rest rarely push it far enough.

Another highlight of Season 2 is obvious: ‘Try, Try’. A woman (Kylie Bunbury) finds herself on a museum date with a stranger (Topher Grace) who seems to know almost everything about her, with the ability to foresee anything that happens around them. Unbeknownst to her, the man is stuck in a timeloop, inexplicably cursed to relive the exact same day over and over again ad infinitum. The episode mostly unfolds over a series of conversations - which is a really nice touch, as you can pretty much pinpoint the exact moments in which Bunbury’s character starts to figure out what’s up. 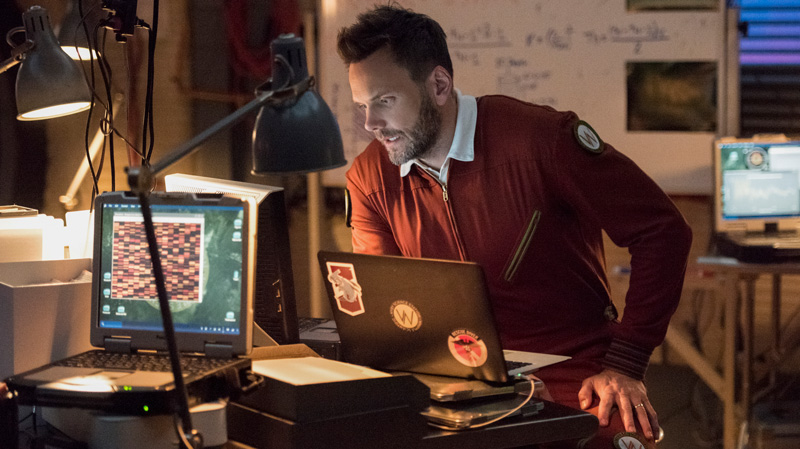 These episodes are diamonds in the rough, I’m sorry to say. An overwhelming majority of Season 2's offerings range from downright terrible to utterly forgettable. ‘Among the Downtrodden’ heavily relies on generic high school tropes to tell the story of two students bonding, one of whom possesses a great power she doesn’t know how to use yet. It’s flooded with clichés, and awkwardly stumbles into an all too predictable ending.

‘You Might Also Like’ will certainly capture the interest of classic Twilight Zone fans. The episode brings back the alien Kanamits from ‘To Serve Man’, a beloved episode from the 1959 series’ original run. Unfortunately, any potential these characters had is butchered by a hopelessly messy plot that barely comes together by its end. It’s by far the worst episode in the series’ run in my opinion, only saved by a split-second cameo by George Takei.

You’ve just crossed over… into the verdict The Twilight Zone reboot is in desperate need of consistency. There are great premises lying underneath these awful episodes, but their execution is scattershot at best. Once in a while, you’ll get a fairly good episode like ‘Meet in the Middle’, a twist on stranger danger that reminds you of what this reboot could and should be. You’ll never get anything on the level of Black Mirror, but there are indisputable flashes of brilliance here and there.

While Season 2 is a definite improvement over the overwhelmingly bad first season, I can’t help but wish that this show would just pull it together. All the ingredients of greatness are there - a great cast, eye-catching cinematography, intriguing premises and a fantastic narrator in Jordan Peele. The overall writing simply lets the entire show down. Hopefully, third time’s the charm.