The Way of the Househusband, The Nevers, Made for Love and more! 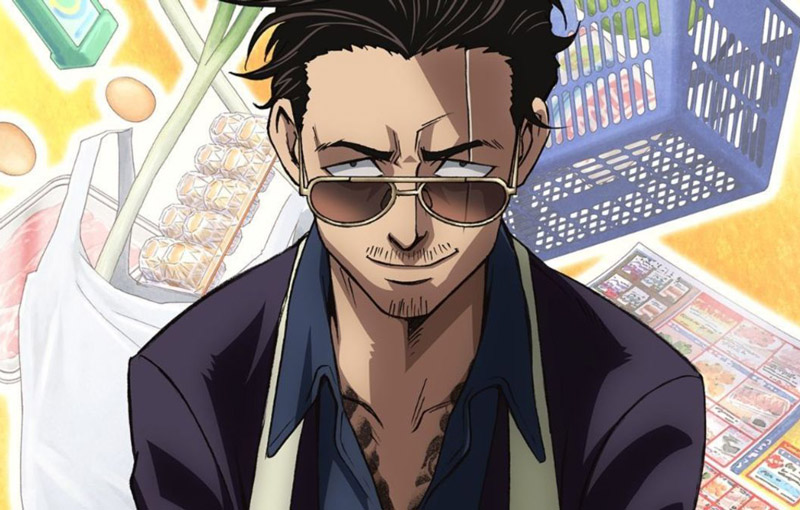 No, this isn’t an April Fool’s joke.

April is a stacked month of new TV series and movie releases, whether it’s from streaming services like Netflix or the theater - Mortal Kombat is on its way! We’ll focus on the stuff you can binge online though, and boy is there a lot coming out this month. Marvel fans get to see the (hopefully) epic conclusion to The Falcon and the Winter Soldier this month, and anime fans get two interesting TV shows to check out on Netflix.

This is a pretty packed month and there’s a lot to cover, but don’t you worry. I got you! Here are the new TV shows and movies coming out in April worth checking out:

Cristin Milioti and Billy Magnussen consistently pick fantastic projects, and this looks like no exception. Based on a novel by Alissa Nutting of the same name, this series follows Hazel Green (Milioti) - a woman on the run after 10 years spent in a horrific marriage to an unstable and possibly sociopathic tech billionaire (Magnussen). Unfortunately, she also discovers that her husband has implanted a brand-new monitoring device called the Made for Love in her brain, which allows him to not only track her and watch her, but know her deepest thoughts and feelings as she struggles to survive. This looks like a dark drama with a sharp comedic edge - and that’s exactly where these actors thrive.

If you’re in the mood for a good drama, this looks like it’ll hit the spot. Based on the novel ‘Ghetto Cowboy’ by G.Neri, this movie follows a troubled teen (Caleb McLaughlin) who spends the summer in North Philadelphia with his estranged father (Idris Elba). The young teen finds himself caught between living a life of crime or embracing his father’s vibrant urban-cowboy subculture, and their relationship grows tense.

The Way of the Househusband (8 April) - Netflix

We’re starting to see the fruits of Netflix’s anime-making efforts. This series became insanely popular after its reveal, mostly because of a novel premise: Former Yakuza Tatsu is a legendary figure in the underworld, but gives up that life after getting married to devote himself fully to being a househusband. Unfortunately, assassins keep trying to kill the poor guy while he’s just trying to do the cooking, cleaning, washing and grocery shopping in his new domestic life. Spotty animation aside, this looks really promising.

If Amazon Prime Video came out and said that this series was secretly a sequel to Jordan Peele’s Us, I wouldn’t be surprised. Them is an anthology series that explores terror in America. The first series is titled ‘Covenant’ and follows a Black family as they move from North Carolina to an all-white neighbourhood in Los Angeles during The Great Migration in the 1950s. However, their idyllic home soon becomes ground zero where malevolent forces, both human and otherworldly in nature, threaten to destroy them.

X-Men, but in Victorian London. That’s it. That’s the pitch. In The Nevers, London finds itself rocked to its foundations by a supernatural event that gives certain people - mostly women - abnormal abilities that range from the wondrous to the truly disturbing. Of course, those who belong to this new underclass aren’t readily accepted by society, which puts them in grave danger. The mysterious widow Amalia True and brilliant young inventor Penance Adair take it upon themselves to protect these gifted ‘orphans’, but they will have to face brutal threats to do so.

Joss Whedon (Buffy the Vampire Slayer, Firefly) served as creator and showrunner for this season, but stepped down afterwards and the show plans to continue production without his involvement. That’s likely a good thing, given the numerous allegations of mistreatment and abuse that have recently been levied against him.