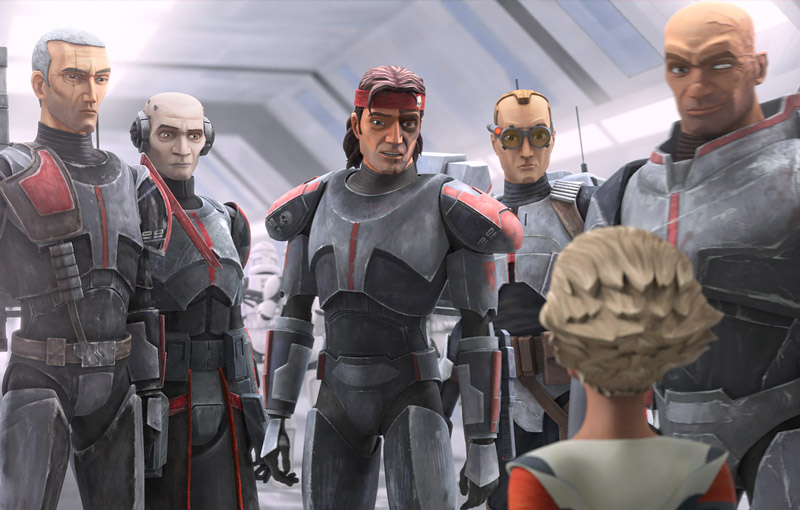 Lots of stuff to look forward to this month.

May is especially packed with exciting new releases, though almost all of it is coming from Netflix and Disney+. It looks like the two streaming services are really ramping up their output now, which should help Netflix make up  for the slow couple of months it's had lately. It’s always fun when a new month brings new movies and TV shows of all flavours, and that’s definitely the case here. Between zombie-action flicks and slice-of-life romantic comedies, there should be a little something here for everyone.

The latest Disney+ original series is a sequel to Star Wars: The Clone Wars, picking up right from the execution of Order 66. The Bad Batch follows its titular group of elite and experimental Clones with a complete disregard for the Empire’s authority. Naturally, the group rebels against their would-be superiors and fights for good wherever they can in a rapidly changing galaxy. Star Wars: The Bad Batch hails from Dave Filoni, who’s been in charge of so many projects in this universe lately. We’re already seeing connections to The Mandalorian and Star Wars: Rogue One - but perhaps there’s more in store for us this season?

Here’s everything you need to know about Star Wars: The Bad Batch.

Based on a comicbook by Mark Millar (Kingsman, Kick-Ass) and Frank Quitely (All-Star Superman), Jupiter’s Legacy follows an older set of superpowered parents struggling to keep their families together, despite growing tensions and new threats to their safety. It’s time for the new generation of heroes to step up - but how can they ever live up to the impossible feats their parents have achieved? Having read the comic, trust me: you don't know where this is going.

One of the finest videogame adaptations ever made is coming to an end this year - kind of. Netflix has plans for a spin-off set in the Castlevania universe, but this will still be Trevor, Sypha and Alucard’s final adventure together. And what are they up to in Season 4? Trying their level best to stop Dracula’s imminent resurrection, of course. Given how much effort it took to put the villain down the first time, one can only hope he stays dead for the foreseeable future. Knowing Dracula, though…

Love. Death. Robots! Need we say more? Netflix’s bizarre-but-brilliant animated anthology returns in all of its NSFW glory for a second season, mashing together strange settings with equally strange stories. The first season was a fun mix of short and sweet episodes with great stories and downright phenomenal animation, and we expect this sequel to be equally as good.

This thriller follows Anna Fox (Amy Adams), a woman who feels safest when she’s watching the outside world from behind her window. When the Russell family moves in across the street however, she witnesses something unimaginable. From the comfort of her own home, she’ll have to figure out where someone across the street has vanished to - and what really led to the events of her disappearance. Look, we’ve all spent a little bit too much time at home lately. Can’t we relate?