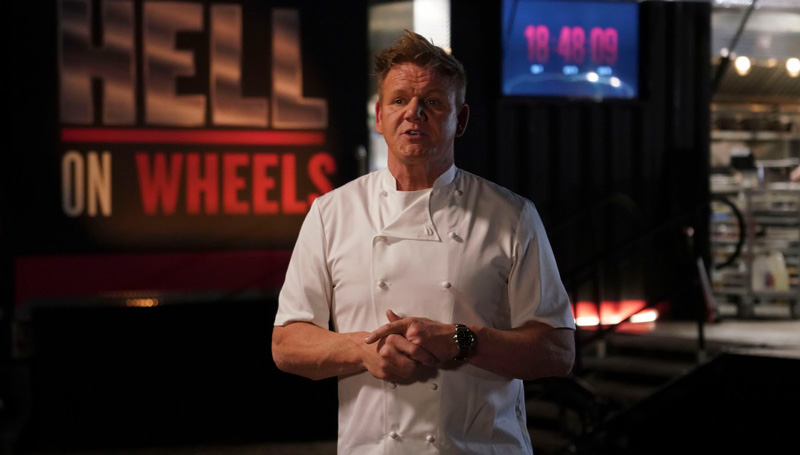 In the interest of genre diversity, here’s a cooking show! I’m a sucker of Gordon Ramsay giving restaurants a makeover, and that’s exactly what he does in this series. In a Hell on Wheels truck, the renowned chef is on a roadtrip across the United States to revive restaurants that teeter on the brink of disaster, within the short timeframe of 24 hours. The stakes are high!

Missing The Witcher? Craving more Game of Thrones? Netflix’s Cursed is a reimagining of one of the most popular fantasy stories ever: the King Arthur mythos. This series dives into the backstory of the tragic Lady of the Lake - Nimue. Thrust into danger after a violent attack on her home, she journeys with the humble mercenary Arthur (yes, that one) to deliver an ancient sword to Merlin. We interviewed the cast and creators of Cursed, and boy did they have a lot to say about their upcoming show!

This animated Netflix series features the climactic final chapter in the Autobots and Decepticons’ massive civil war on Cybertron. If your entry point into the Transformers franchise were those Michael Bay movies, you probably remember that the first movie took place right after this war destroyed Cybertron. A lot more took place on that planet that can be summarised in one Peter Cullen-voiced monologue however, so hopefully this trilogy turns out well!

The Umbrella Academy follows seven adopted siblings with superpowers, all taken under the wing of an eccentric billionaire. Later in life, the dysfunctional family reunites for their father’s funeral, and subsequently learns of a coming apocalypse. The series is based on a Dark Horse comic written by Gerard Way - proving that the lead vocalist of My Chemical Romance is gifted with many talents. The show has proven to be an explosive hit worldwide, so it’s likely that Season 2 is going to be big!