Aliens, Pokemon and the Hardy Boys! 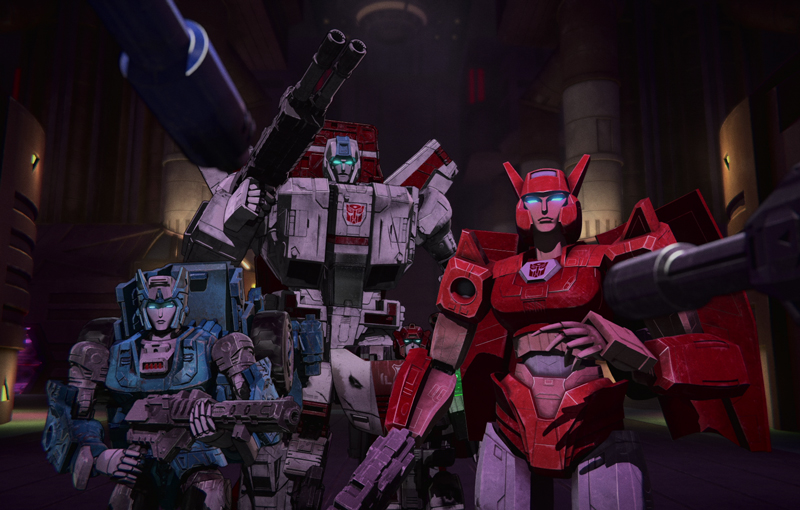 The year’s almost over!

It’s December, and you know what that means - endless loops of Christmas music on the radio. On streaming services, most festive titles are already out and ready to be binged by now - but there’s plenty more on its way! Whether you want to see how Sabrina’s witchy adventures end, or you just want to relive some childhood nostalgia with The Hardy Boys… there’s actually a lot here to watch. Wow. Thank goodness it’s the holidays, right?

And hey, this is your last chance to catch up on shows before 2020 ends, so make the most of it!

The Holiday Movies That Made Us (December 1) - Netflix

Let’s crack December open with something festive. Netflix is releasing two special episodes of The Movies That Made Us covering two Christmas classics: Elf and The Nightmare Before Christmas. Some of us probably grew up with these two, and The Holiday Movies That Made Us is a chance to dive into how they came to be - and how they almost weren’t released at all!

Now we enter the cosmos. This series looks at outer space and discusses the inevitability of us finding out that there is life outside Earth. But how would that life take form? By applying the laws of life on this planet to the rest of the galaxy, Alien Worlds tries to imagine what alien life on other planets might look like. You know, maybe the PlayStation 5 is still in stock somewhere out there. Imagine that.

David Fincher (Mindhunter, The Social Network) returns to Netflix with this black-and-white biographical drama! Mank follows the life of Herman J. Mankiewicz as he goes about writing Citizen Kane. It also covers the problems that came up with Orson Welles and the movie’s production. The movie’s got a great cast, too; Gary Oldman, Amanda Seyfried, Lily Collins, Tom Pelphrey, Charles Dance and more star.

A new batch of episodes from Pokemon Journeys is on its way! This new Pokemon anime breaks out of series tradition by taking Ash Ketchum, Pikachu and new companion Goh on a globetrotting adventure across all eight regions of the Pokemon universe. This of course, includes Pokemon Sword and Shield’s Galar region too. It's a great chance to hop back into Pokemon and watch Ash visit your favourite locations from previous Pokemon games.

While I was compiling shows for this list, I did a double-take. A new Hardy Boys show? What?

Frank and Joe Hardy move to Bridgeport, where they set out to unravel a sprawling mystery related to a recent family tragedy. While doing so however, they uncover something much more sinister at play. I loved The Hardy Boys books when I was a kid, and while this looks a bit different (there’s a way bigger age difference between the boys now), it still looks like a fun mystery to solve!