The Deco M9 Plus is TP-Link’s flagship mesh networking system. It is unique amongst its rivals in that it can also act as a smart home hub (more on that later). Like its rivals, it sells in a pack of two. However, unlike its rivals, it is comfortably the most compact of them all. Each node is the size of large hockey puck and measures just 14.4cm in diameter and just a little over 6cm tall. It’s so small that it will easily fit in the palm of your hands. Its small size coupled with its unassuming white exterior, allows it to easily blend into most homes. At the bottom of each node are two Gigabit Ethernet ports and a single USB 2.0 port.

Fortunately, the Deco M9 Plus isn’t all just about good looks. As mentioned earlier, it stands out from its rivals for having smart home capabilities. Specifically, it supports Bluetooth 4.2 and Zigbee, allowing it to act as a controller for compatible smart home devices like smart sensors, smart light bulbs, smart door locks, and more. It also works with Amazon Alexa, so if you happen to have a smart speaker that supports Alexa, you can issue voice commands to control your smart devices. The Deco M9 Plus also supports the free online rules platform IFTTT, which enables users to set up rules to manage their smart devices and sensors. With this, users can create handy rules like turning on the lights whenever a motion sensor is set off. 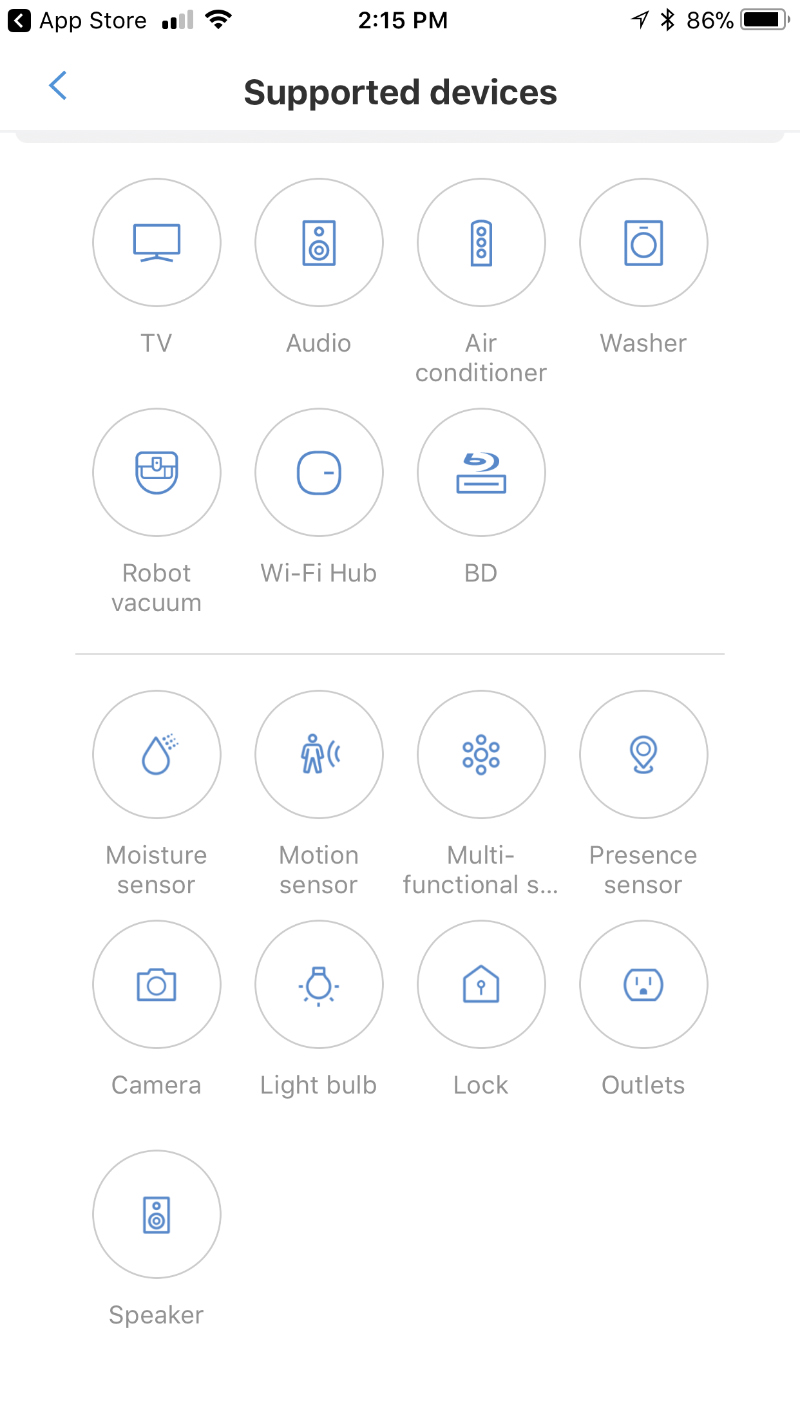 Setting up the Deco M9 Plus was a cinch. Simply download the Deco app on your iOS or Android device, follow the on-screen instructions, and you are done. It’s easy to add additional nodes too. The Deco M9 Plus can only be managed through the app and its feature set is par for the course insofar as mesh networking systems are concerned. The standout feature is HomeCare, which includes real-time antivirus protection with rules continuously updated from Trend Micro. Apart from this, you have the usual port forwarding, dynamic DNS, QoS, and parental controls. The parental controls function is quite extensive and comes with filters for quickly limiting your children’s access to questionable sites.

The Deco M9 Plus is a tri-band mesh networking system with the usual single 2.4GHz network and two 5GHz networks. Like most systems of its class, one of the 5GHz networks is dedicated to backhaul communications. But if it detects heavy network usage, it can use up to 50% of the other two networks to boost its backhaul capacity to improve overall network performance. In our tests, its performance was commendable and quite unexpected given its compact size. Even when operating as a single node, we noted that its range was quite remarkable. It was comfortably one of the faster mesh networking systems.

We've also reviewed the TP-Link Deco M9 Plus in greater detail over here.