To test these mesh networking systems, we have two notebooks, one acting as a host machine and the other as a client device. The router, or in this case, node, acts as a gateway. Since mesh networking systems typically manage channel settings on their own, we will leave it that way. For systems where manual settings are possible, a channel bandwidth of 40MHz is selected where applicable, while 80MHz or more is used for the 5GHz AC band.

In this test, we will be looking at the performance of a single mesh networking router in a single-story (using the different distance markers) and multi-story home. 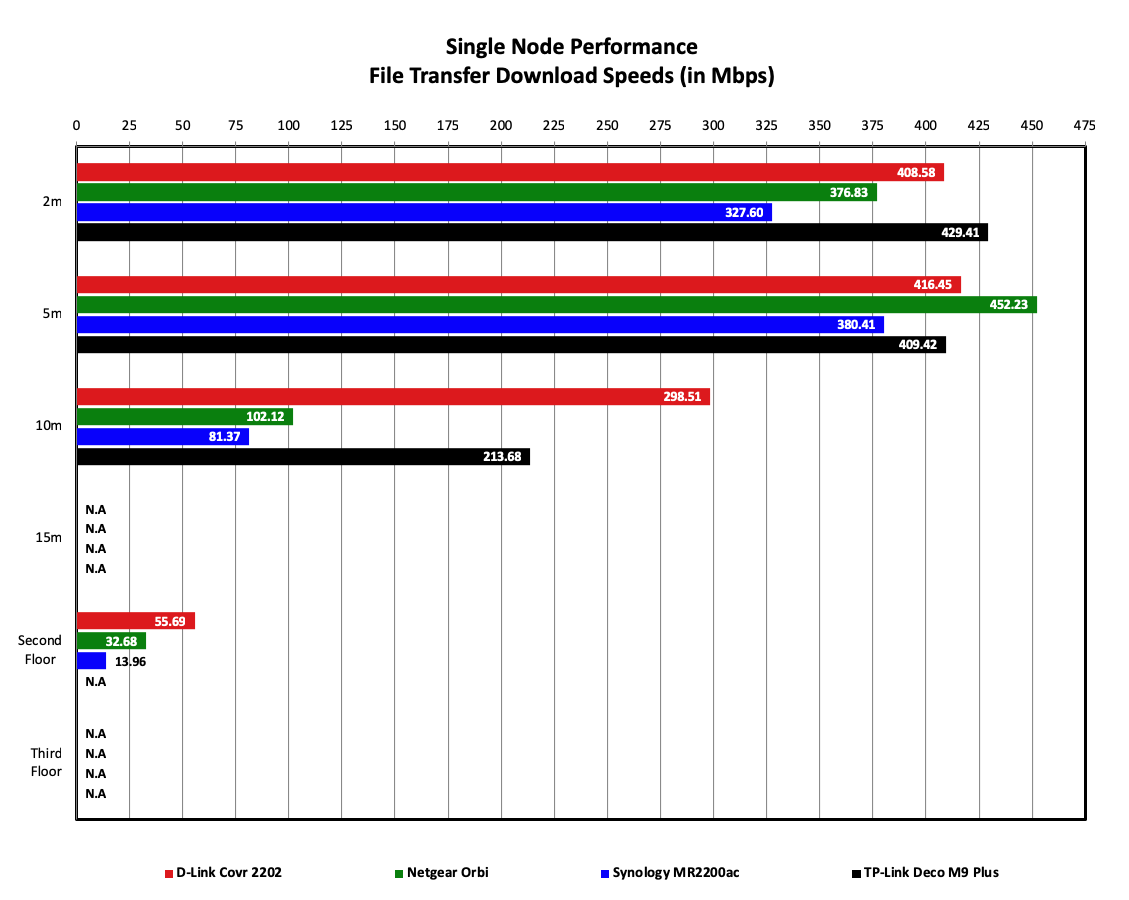 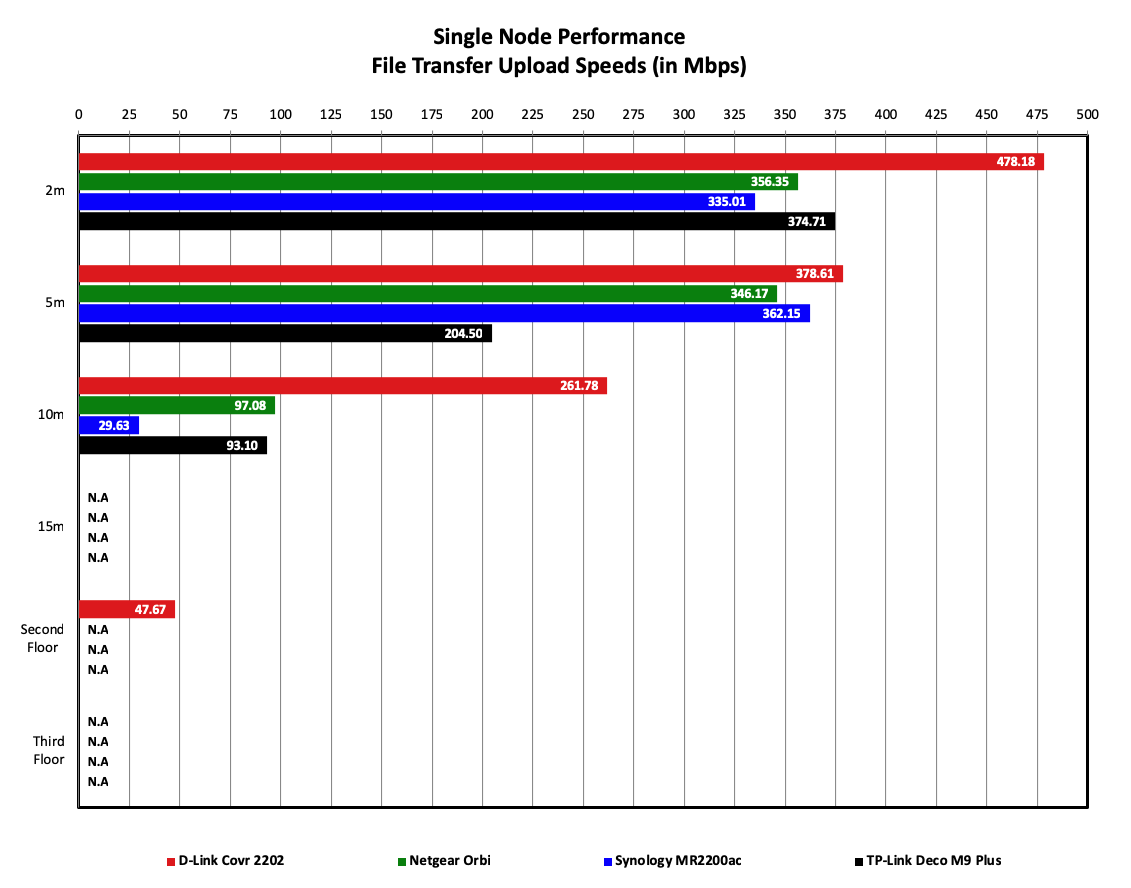 In this test, we placed a second node in between the first node and the 15-meter mark to create a mesh network to get signal to the problematic 15-meter mark. 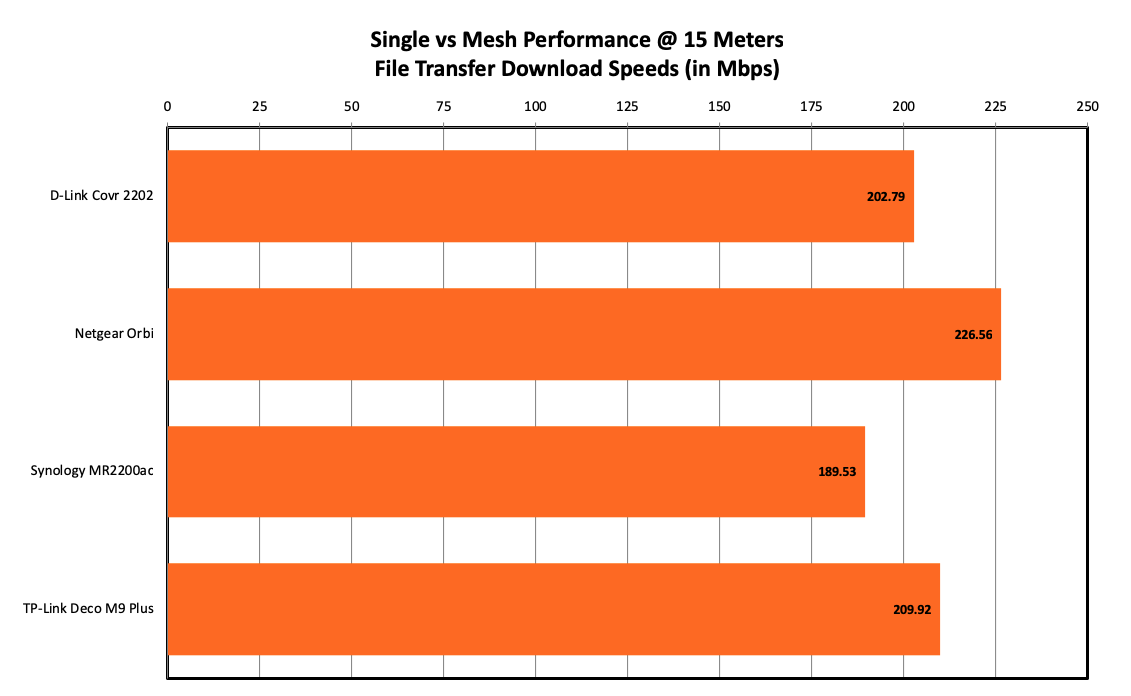 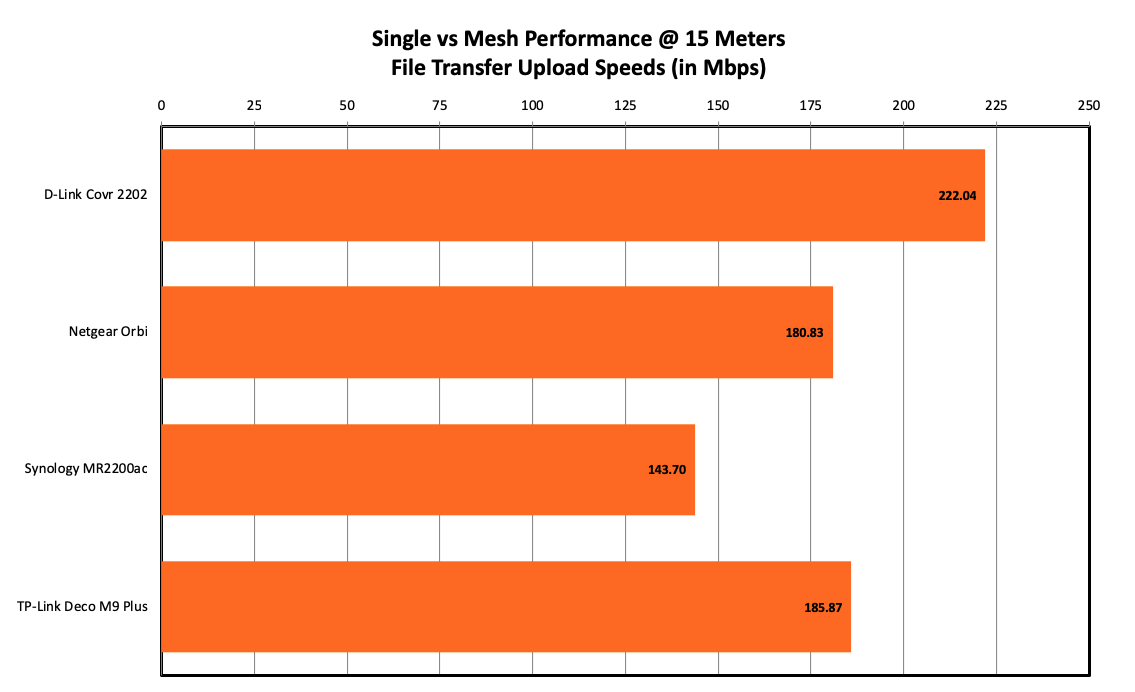 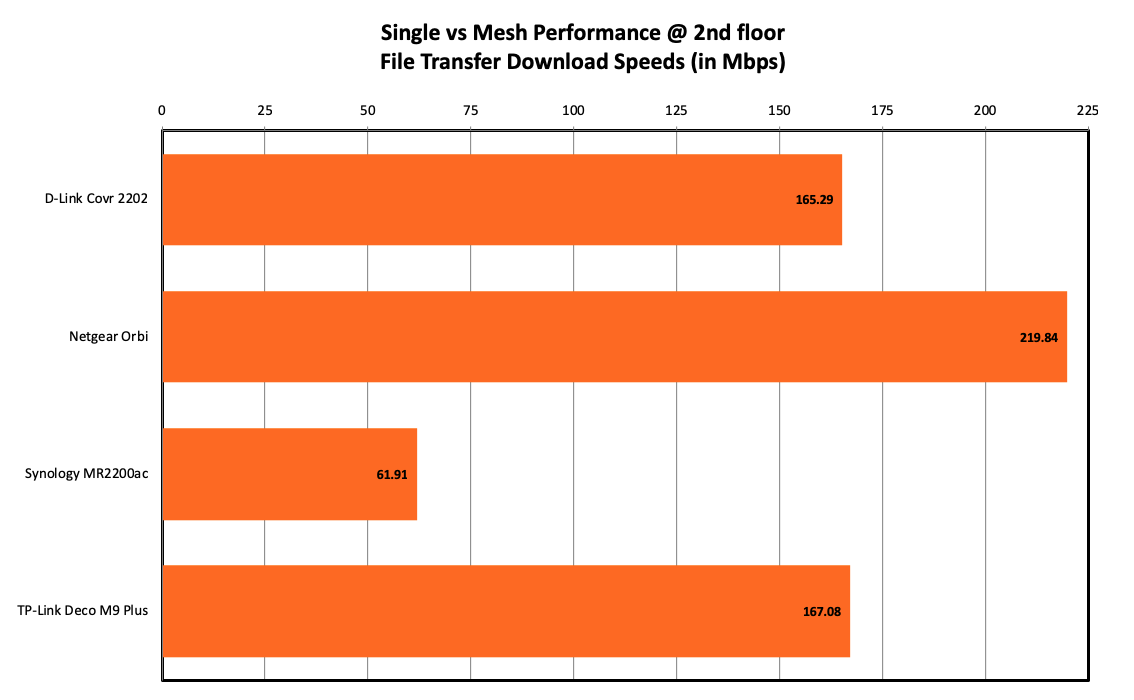 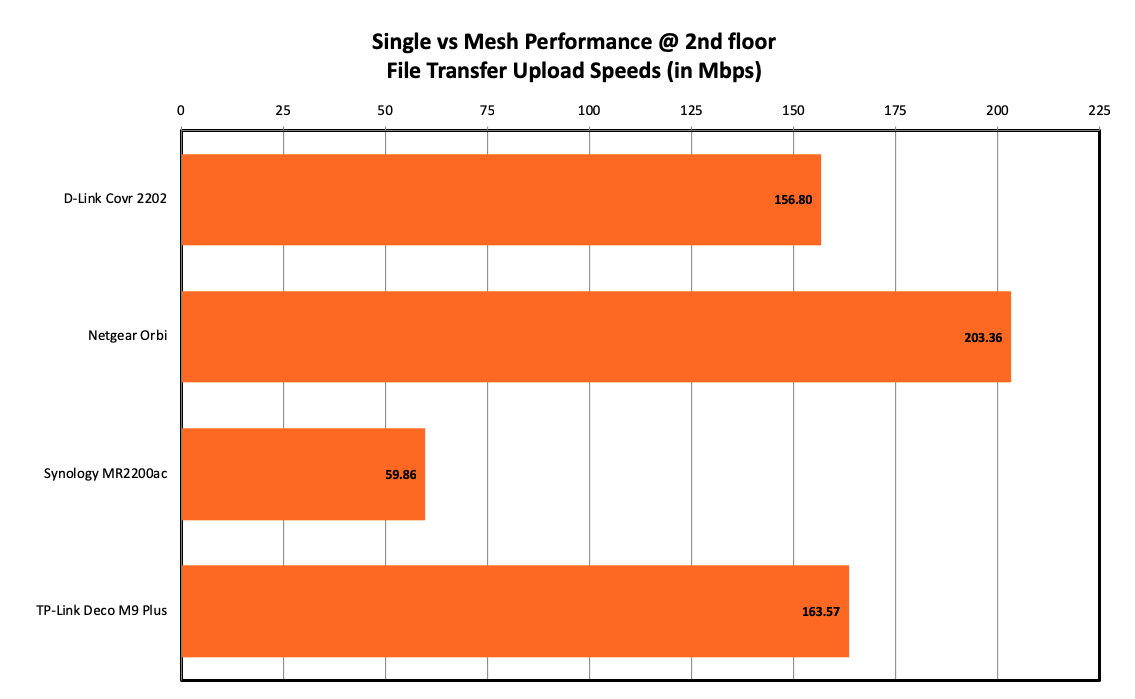 With the second node still on the second floor, we moved up to the third floor to see if we could still get a signal and what the systems' performance would be like. 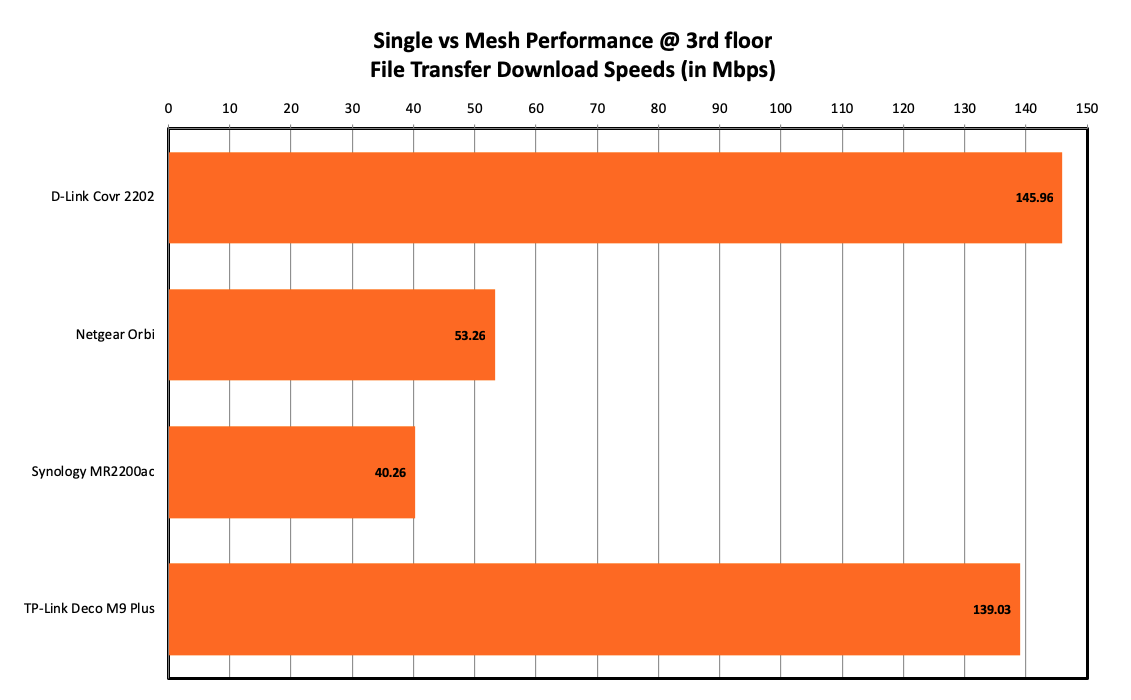 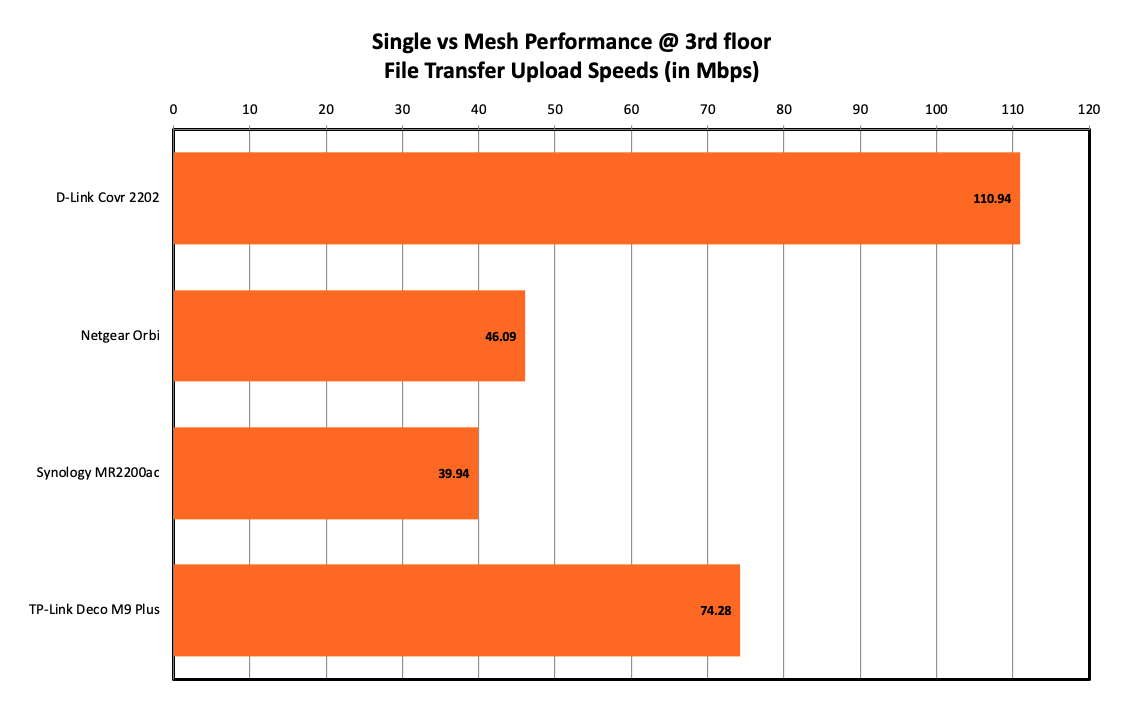 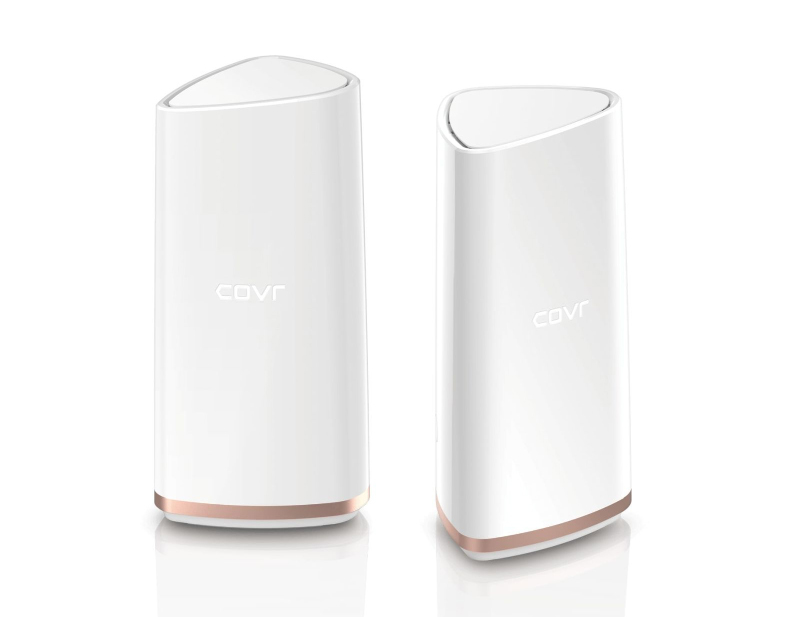 It went down to the wire, but for us, the D-Link Covr-2202 did enough to edge out its rivals in this shootout. While its feature set pales in comparison to some of its competitors, the Covr-2202 delivers where it really matters. Its inoffensive and pleasant design means it should blend well in most homes, while its ease of use means even those clueless about Wi-Fi and networking should have no problems setting it up. But perhaps most importantly, it has impressive range and was the fastest router that we have tested by a good margin. That’s not all, it is also relatively affordable. So when you put everything together, the D-Link Covr-2202 is comfortably the best all-around mesh networking system in this shootout.