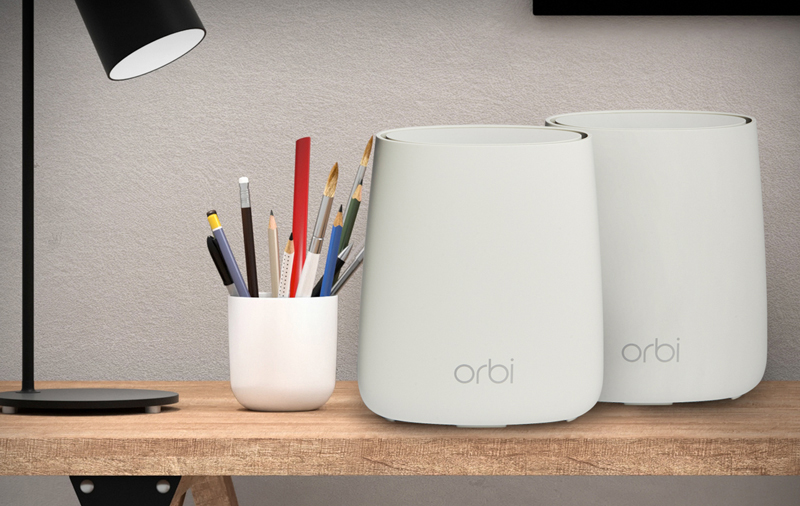 Following the success of their AC3000-class Orbi mesh networking system, Netgear decided to release a simpler and more affordable version this year with a lower AC2200 speed rating. Netgear offers their mesh networking systems in a variety of bundles and the one that we are testing specifically is the RBK20, which comes with an Orbi router and an additional node, or, as Netgear calls it, satellite.

The design is familiar. Essentially, the AC2200 Orbi is a more compact version of the larger AC3000 units. It is a small tower decked entirely in white with a ring of light at the top that functions as a status indicator. At the bottom are two Gigabit Ethernet ports - one for WAN and the other for LAN. Like most mesh networking systems, its design is pleasant which allows it to blend into homes unobtrusively. 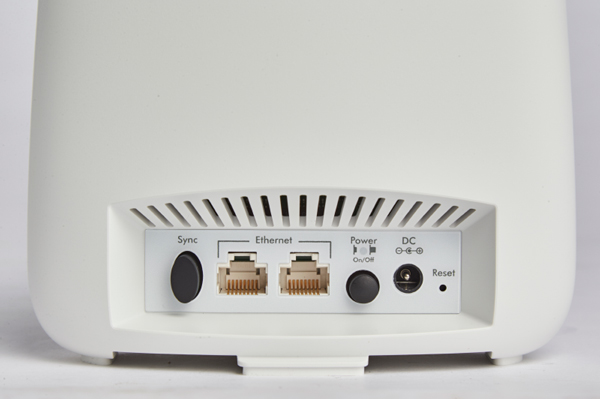 The Orbi app is simple to use but only has very basic features. You have your usual Wi-Fi settings, guest network, internet speed test, traffic speed test, parental controls, and that’s it. For more advanced features, users will need to use the web interface, which gives access to port forwarding, dynamic DNS, VPN, and even remote management options.

The parental controls feature is frustrating to use. Unlike other systems, it is not built-in and requires registration either through Netgear OpenDNS or Circle with Disney. Both are not ideal, because the former is basic and the latter requires a paid subscription of $6.98 a month to unlock its full suite of features. There’s a free to use service tier of Circle with Disney but it is painfully basic. That said, if the price doesn’t put you off, Circle with Disney is actually a powerful parental control utility. However, it is worth noting that some other networking brands have parental control features that are at least comparable and cost nothing.

Performance is generally good but the Orbi exhibited some erraticism. At close range, the main Orbi router put up competitive speeds but it tapered off dramatically when it was moved farther away. Mesh performance was good but the Orbi system was slow to switch to the closest unit. This meant that the client device was still connected to the main Orbi router even though the satellite was clearly closer. It took a while but once the client device was connected to the satellite, speeds picked up significantly.