Traveling with your smartphone as your only camera? Here's what I packed

Traveling with your smartphone as your only camera? Here's what I packed

Note: This article was first published on 5th June 2015. 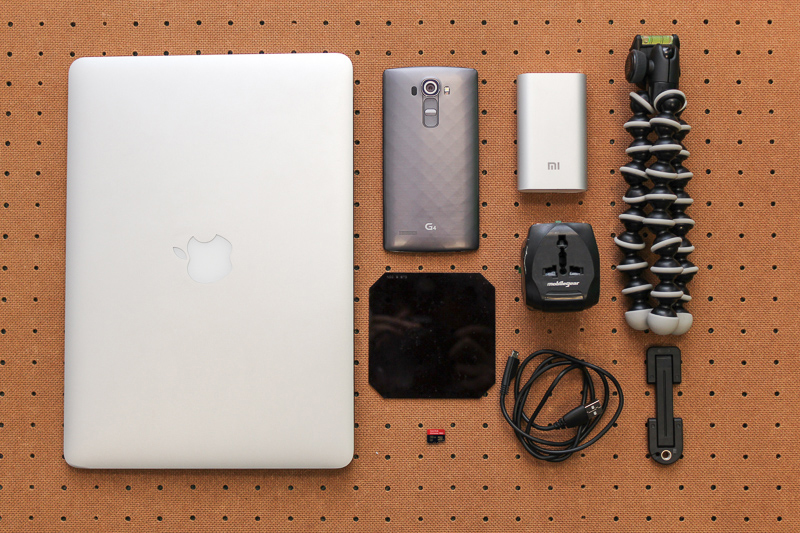 I always bring a camera with me when I go overseas, so it was a nice break for my back when I went to South Korea to shoot with a smartphone for our second travel photography guide. My pack weighed much less than it used to, and here’s a quick run-down of the photography gear I brought and why. In the picture above, from left to right, top to bottom:

This is part of the setup I used to get my long-exposure shot of the Cheonggyecheon stream. Joby has a smaller tripod, the GripTight GorillaPod Stand for smartphones, which is about 23 cm tall. I wanted something taller with sturdier legs, so I used the Gorillapod Hybrid, which stands at about 25.7 cm. Because the Gorillapod Hybrid is made for cameras, I added a Joby GripTight Mount to secure the LG G4 in place. Sure, it’s smaller and not as stable as a traditional tripod, but it’s much smaller and lighter than one, even the carbon fibre travel tripods, and I appreciated the lighter carry. 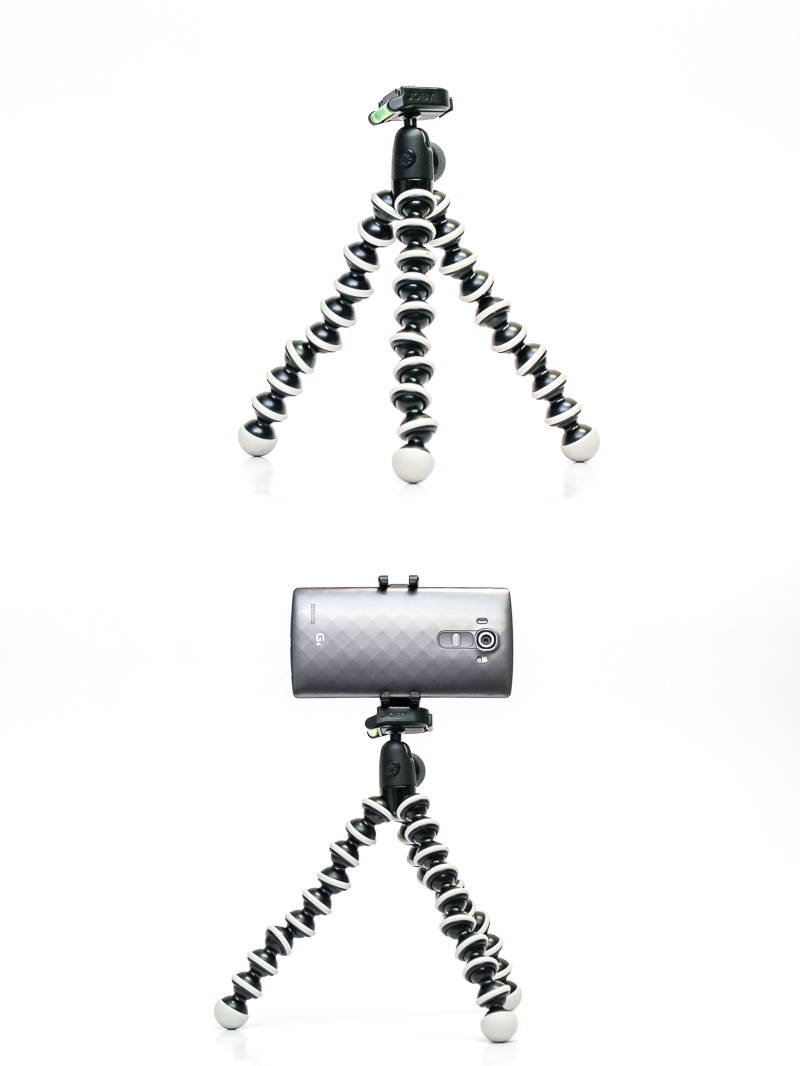 Dropbox on the LG G4

I also used Dropbox on the LG G4 to backup my photos and videos. I paid US$9.99 for a one-month upgrade to 1TB of space, and enabled the automatic camera upload feature on the app. Whenever I logged onto public Wi-Fi or went back to my guesthouse, the app would automatically start backing up my day’s photos to the cloud.

So I had three places where my photos were stored. The first was on the Sandisk Extreme Pro microSD card in the LG G4 (see below), which I carried out everyday. The second was on the MacBook Air, which I left in my room. The third was in the cloud, on Dropbox’s servers. So even if both my G4 and MBA were stolen, I still had my photos saved somewhere. It’s a little paranoid, but I was on assignment and couldn’t afford to lose my shots.

I could have used free services like the old Google+, but I wanted a quick way to access my original files anywhere, and for me that's Dropbox. Last week, Google released their new Photos app, which lets you store an unlimited number of images at up to 16MP and videos at 1080p, for free! It does compress the photos though, which wouldn't have worked for me, but it's a free option for backup.

iOS users on iOS 8 have two options: the old Photo Stream, which is free, but only stores your most recent 1,000 photos or the last 30 days of photos, whichever is greater. Photos are optimised, and videos aren't uploaded. The new iCloud Photo Library stores all your photos and videos, and doesn't compress the photos, but is limited by your iCloud storage space. If you run out of space, you'll have to pay more for it.

Here's a quick comparison of the most popular smartphone photos backup services out there. Check it out to see which one is for you.

It seems like the LG G4 is one of the last flagship smartphones released in 2015 to have expandable memory. I was shooting a lot, and sometimes I was shooting in quick succession, so I saved the photos to a Sandisk Extreme Pro 32GB microSD card, which has a fast write speed of up to 95MB/s. If you really need the space, Sandisk even has a 200GB Class 10 microSD card, which is just astonishing. If I had that, my smartphone would have had more storage space than my MacBook Air. 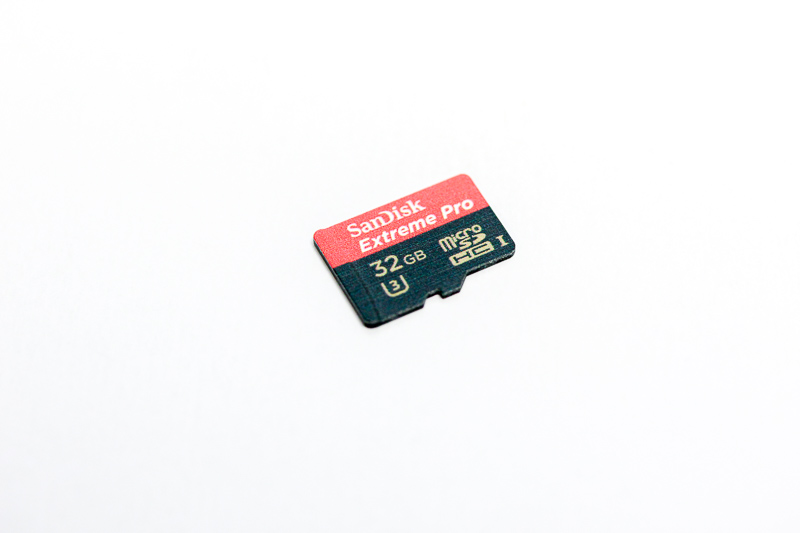 This (admittedly filthy) 2-stop ND filter is part of the setup I used to get my long-exposure shot of the Cheonggyecheon stream. Since I was using a smartphone, I didn’t need to attach the filter to a holder like with a DSLR, I just handheld it against the lens. 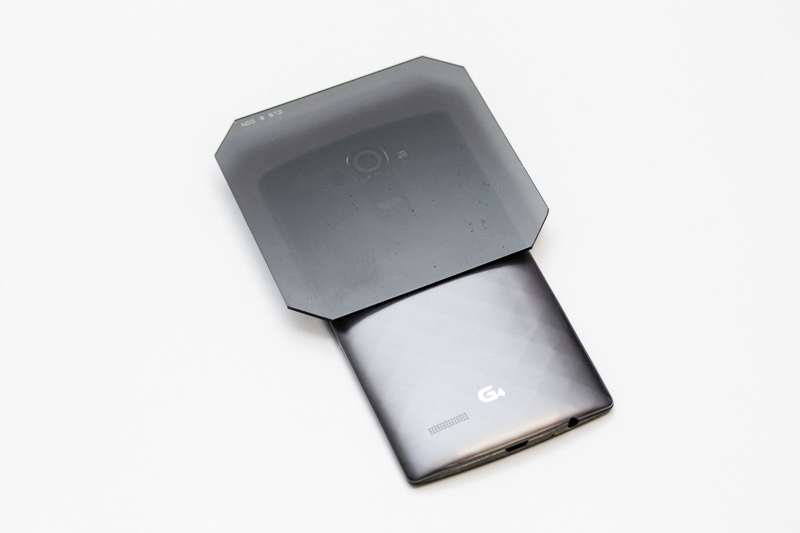 Because I was shooting a lot the whole day on the G4, I brought my Mi Power Bank to recharge the batteries during breaks. The 5200 mAh wasn’t my first choice, but it was the only one I could get — it’s crazy tough to get stuff when Xiaomi has their online sales.

(Not sure what to look for in a power bank? Here are 5 tips for buying a portable battery pack.) 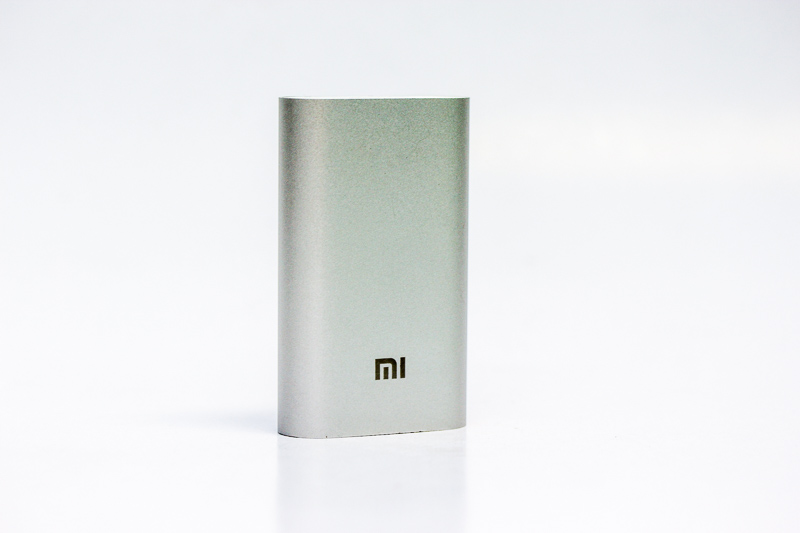 I forget the brand of this travel adapter, but it wasn’t cheap. I got it for around $50 at Changi Airport, but my usual adapter (which was cheap) was busted and I needed a new one, fast. I haven’t regretted buying this though. It’s sturdy, and has two USB ports, which are a lifesaver. I could recharge both the LG G4 and my personal iPhone 6 at the same time back at the hotel, as well as power the MacBook Air, all using a single power point.

I like to travel as light as possible, so I pack the 13” MacBook Air, which is a good mix between portability, power and screen size. I brought the MacBook Air for two reasons: one, to backup my photos, and two, to do reviews. When I have a theme I’m shooting, I find it useful to review my photos every night, to see what I got, what I didn’t and why, where I’m repeating myself, where my eye is being drawn to and what’s missing.

Sure, you can do that on the small screen with your smartphone, but I still like looking at it a bit bigger, and I’m used to quickly adjusting and rating my photos using Adobe Lightroom. 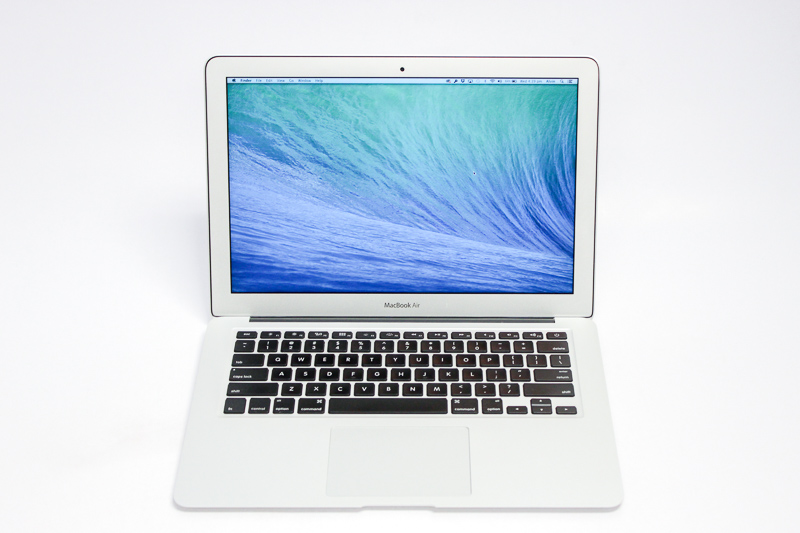