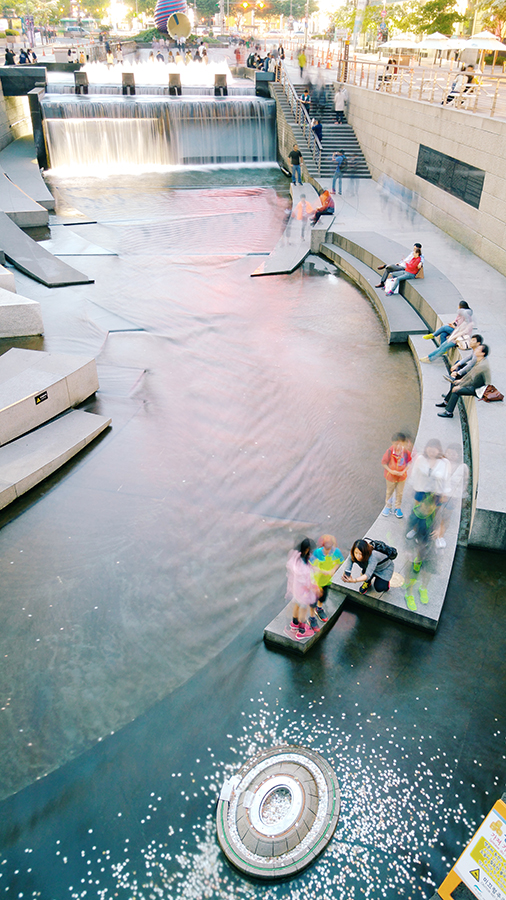 The Cheonggyecheon stream is a massive work, and a testament to master craftsmanship. It used to be a real stream, but it was covered over with a highway in the last century, and almost became totally dry. It was eventually restored in 2005, but it wasn’t easy — the highway had to be removed, and tons of water had to be pumped in daily from the Han River.

Today, it’s one of Seoul’s most popular attractions, which was why I was there after walking through Insadong. I wanted to try a something a little different, and see if I could apply DLSR techniques on a smartphone while shooting the stream.

Before taking my final shot, I walked around the head of the stream to find an angle that I like (05, 06). If there’s one tip that I hope you remember, it’s this: sketch more. It’s rare that your first shot of something turns out to be the best one - it’s often a starting point more than anything. When you find something interesting, it’s worth it to sketch around a little more, try different angles, go higher, go lower, to find more engaging compositions. I eventually settled on this overhead view from a bridge overlooking the stream, because I like the strong leading lines sweeping through the image from front to back. 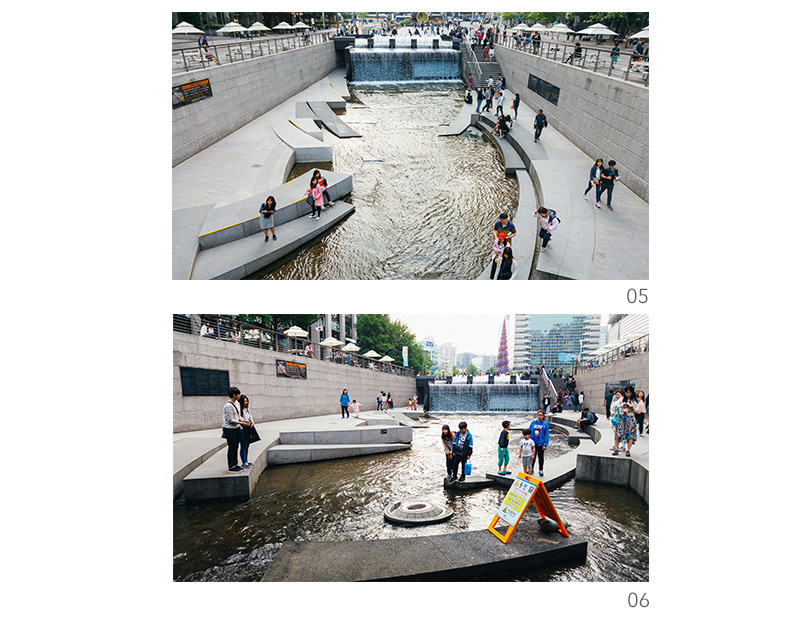 Here’s the technical part: I then mounted the G4 on a Joby Gorillapod Hybrid with a Joby GripTight Mount adapter, and attached the entire thing onto a handrail. I then used the Manual mode in the G4’s built-in camera app to set the shutter speed for a long exposure shot.

There was still quite a bit of light, so I held an ND (neutral density) filter in front of the camera lens. An ND filter is a piece of glass that reduces the amount of light, and is usually used with a holder fixed to the front of a DSLR camera’s lens. Here, I was using it with great effect on a smartphone. I shot the scene at four seconds, using motion blur to give the Cheonggyecheon stream a silky smooth look.

I think it turned out okay. I would have preferred the oval platform to be higher in the frame, but I wanted to cut the distracting yellow sign out of the image as much as possible (not very possible, unfortunately). Still, it was fun trying out traditional DSLR shooting techniques on a smartphone, and seeing what would happen. 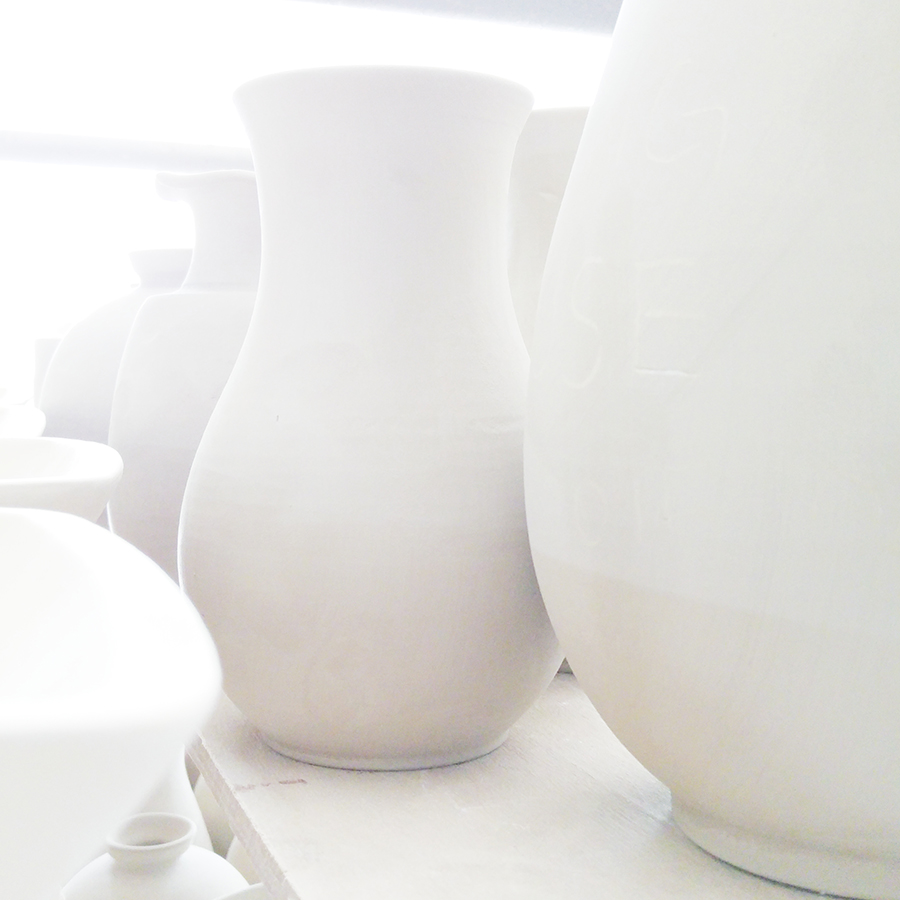 On the second day, I made way out of Seoul, traveling two hours to the Icheon Ceramics Village. I wasn’t sure what I would find as I had already read online that the kilns were fired up only in winter. But as a traveler, sometimes you just have to take chances. It turned out that not only were the kilns closed, so were the couple of workshops I walked into, and I ended up with pottery for subjects. Not very captivating.

But I did notice some ceramics displayed along the windows, against strong sunlight (07, 08). One of the early ‘rules’ I learned as a young photographer was to always have the light on your back when shooting. That would make sure that whatever you were shooting at would be in good light and not in shadow.

Like all photography rules, that rule has its reason for being. And like all photography rules, there’s a time and place to break it. Here, I realised I could use the strong backlight to my advantage. By exposing for the ceramics, it would overexpose the background, turning the messy streets outside into pure white, placing emphasis directly onto the shapes of the ceramics themselves. 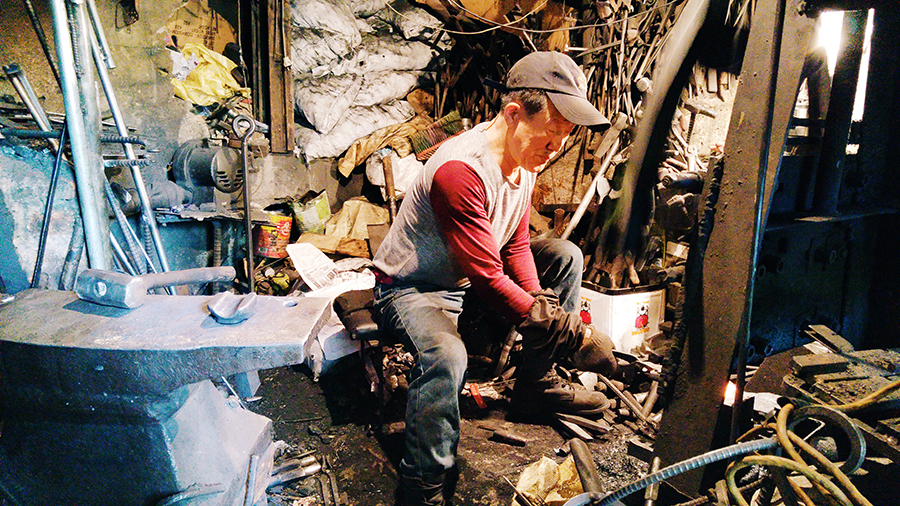 After a day of getting nothing much in the Icheon Ceramics Village, I found a goldmine the next day in the Sindang area. Right outside of Sindang Station Exit 8 is a street full of paradoxes; just a few steps away from the posh Chungmu Art Hall are honest-to-goodness carpentry workshops and metalsmiths (tip of the hat to Seoul Sub-urban, where I first learned about the area).

I found three old-school metalsmith workshops sitting next to each other, with metal hooks, hammers, picks, rings, bars and chains hanging off, laid out, and strewn all over (09). There was great background, but where were the light and subject?

I squeezed inside one workshop’s narrow entrance, and this man greeted me with a smile. I gave him a huge smile back, because I was looking at great background, light and subject. Cloistered from the flat sunlight outside, the light inside his workshop had depth and contrast. It moved from light to dark, which added three-dimensionality to the picture. A blue light was falling on the anvil to the left, which contrasted beautifully with the warm light from the furnace on the right.

I asked him if I could take his photographs, and he readily said yes, then kept on smithing with a big grin on his face. This location was so remarkable I could have shot here for hours, but he was eventually called outside for business. 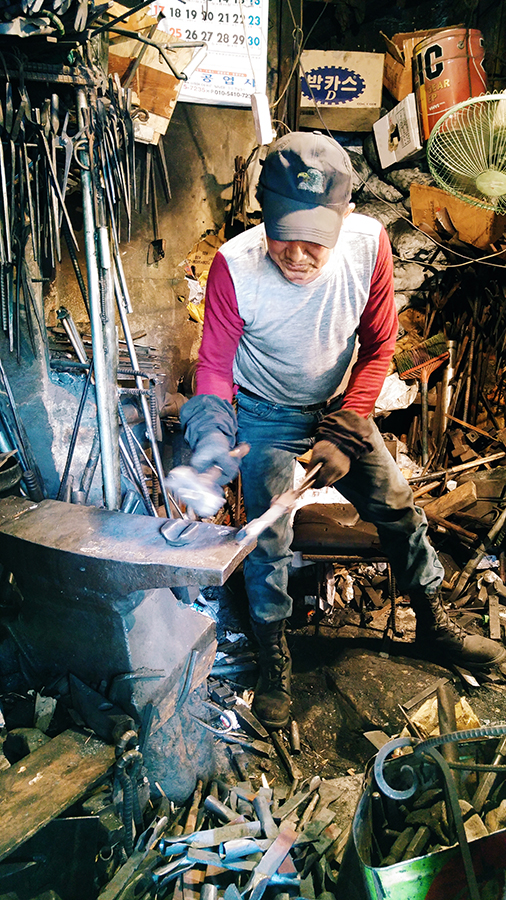 I’d eventually shoot more workshops in Korea, but none turned out as magically as the ones I shot inside this metalsmith’s workshop. I kept asking myself why, and it comes back to that combination of great background, great subject, and great light. My other photographs had one or the other, but this series had three in abundance. 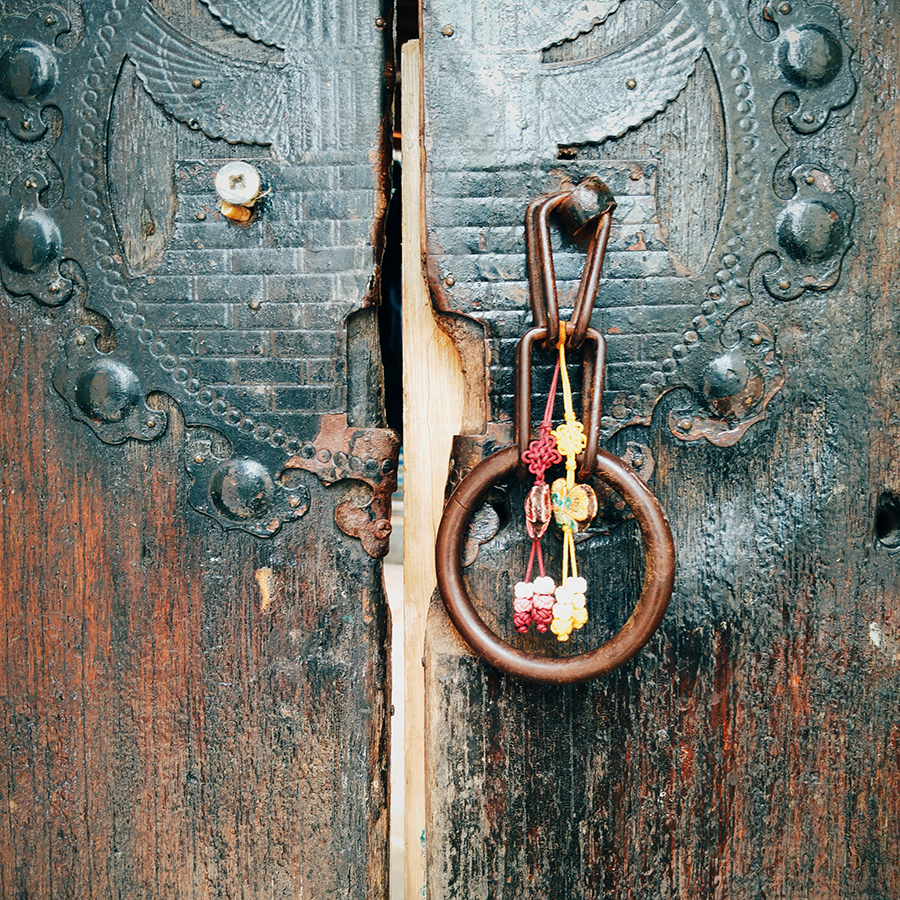 I must have dozens of photos of Korean door knobs (10), but I’ve singled this one out because it has a sense of place the others don’t. The curved roofs of the building in the metal carving reflect the curved roofs on top of Korean hanok, and the old Korean doors use these rings to hook and lock the two sides together.

It comes back to including clues inside the picture of where you were, just like in the photo of hanji. When it comes to travel photography, it’s nice to include clues of a place to tell the viewer where you went; like including a couple in traditional dress, or signs in the background written in the native language. 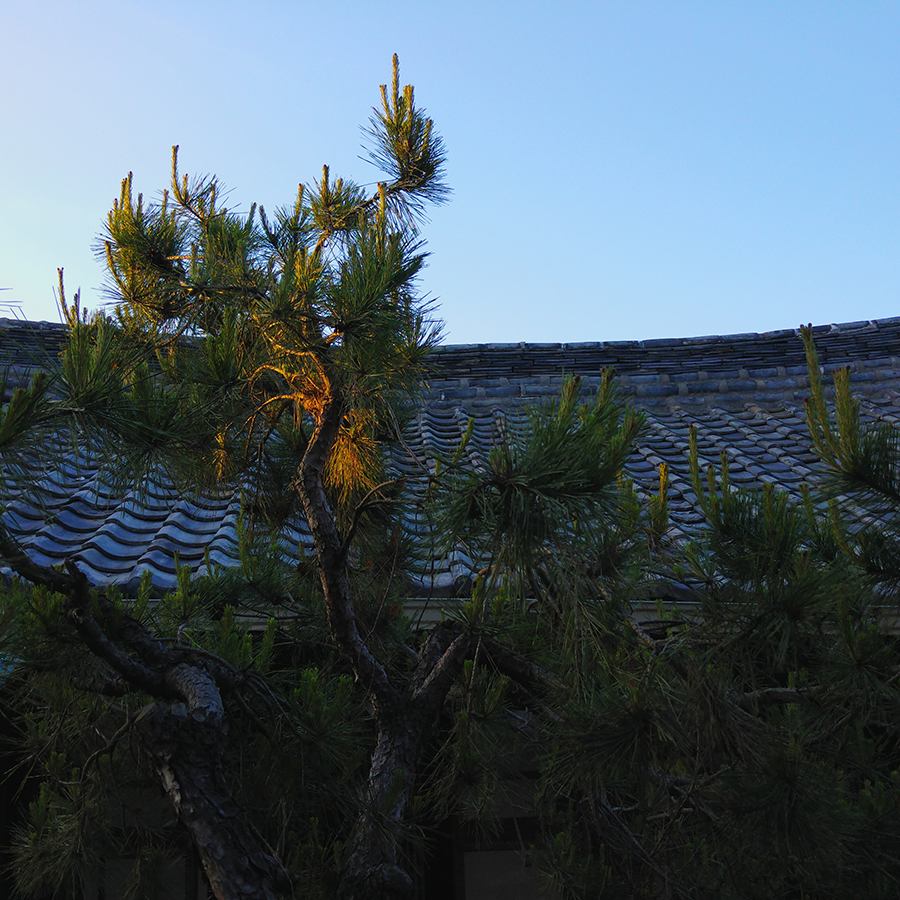 When it comes to taking pictures, a good rule of thumb is to shoot during the ‘golden hours’ - the hour during sunrise, and the hour during sunset. That’s when the rising and setting sun cast the world in soft, golden light, which contrasts beautifully with the blues of the early morning and evening.

Waking up at 4 in the morning is the last thing you want to do on vacation, but the great light you get can change the look of your photographs completely. Plus, your companions aren’t likely to join you, so you can shoot to your heart’s content.

At least, that’s the idea. I crawled out of bed many mornings in Korea, only to find dull and overcast skies without a hint of glorious sunlight. Still, I headed out, because you never know when you’ll catch a break.

I finally caught a sunset, the evening of my first day in the hanok village in Jeonju, which is a couple of hours away from Seoul by express train. The village is mostly a fun tourist trap, with kitschy souvenir shops and dry museums, but wandering around the side-alleys I’d occasionally by floored by sights like this ancient hanok (11).

The setting sun was bathing the hanok with dabs of fiery reds and yellows, and I saw this tree catching just a hint of the light, as if aflame. It’s a perfect example of the warm and cool colour contrasts you can get during the golden hours. The hanok roof provides a clue to where I am.